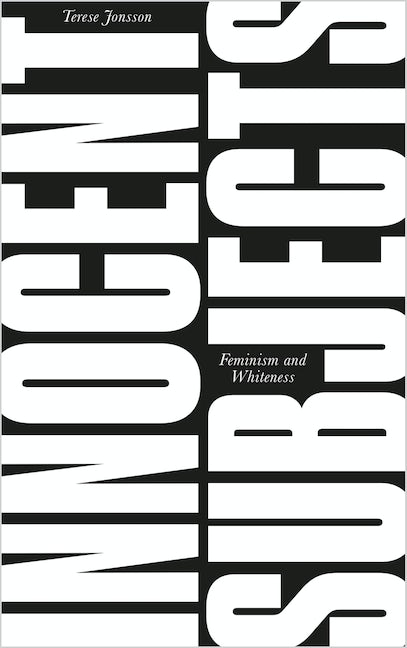 In a time of intensified global white supremacist and patriarchal violence, anti-racist feminist movements and analyses have never been more vital. Women of colour are at the forefront of these struggles worldwide - but are white feminists really by their side?

Despite a rich history of Black and postcolonial critiques of racist and imperial feminist politics, racism still exists within contemporary British feminism. To explain why, Terese Jonsson examines the history of feminism over the last forty years. She argues that Black feminism's role in shaping the movement has been marginalised through narratives which repeatedly position white women at the centre of the story, from the women's liberation movement in the 1970s to today.

Analysing the ways in which whiteness continues to pervade feminist literature, as well as feminist debates in the liberal media, Jonsson demonstrates that, despite an increased attention to race, intersectionality and difference, stories told by white feminists are shaped by their desire to maintain an 'innocent' position towards racism.

Terese Jonsson is an independent feminist scholar and editor with a PhD in Gender Studies from London Metropolitan University. She is a member of the editorial collective of Feminist Review.

'Valuable ... Shows how and why the erasure of race from key accounts of feminism presents a problem for forms of solidarity among women'

'Courageously reveals the fault lines of the longstanding gulf between black and white feminism, exposing the power of white privilege in gender politics and how it undermines solidarity within the sisterhood. A must for a new generation of antiracist feminist scholars and activists who truly seek the holy grail of intersectional equality'

'A searing account of how white feminist innocence is maintained in order to legitimise white women's position at the centre of feminist politics. This book is a must read for anyone interested in questions of feminism and anti-racism'

'Building on the work of black feminists and women of colour, this is a profound mediation on white innocence and its deployment in the service of white feminism to deny racism. It offers a renewed possibility for racial justice and resistance to white patriarchal supremacy'