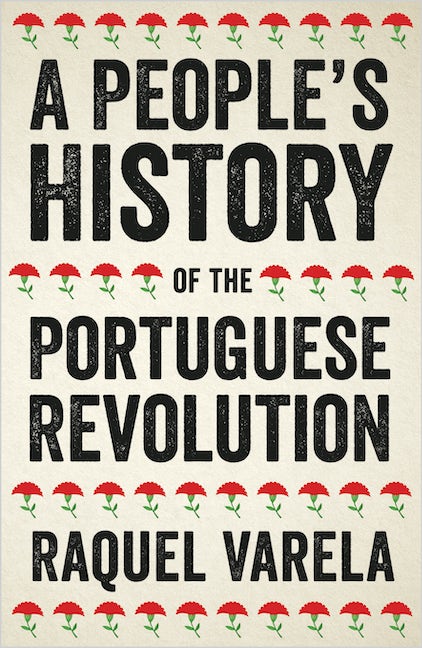 A rich history of Portugal's Carnation Revolution, told by its trade unionists, activists, workers and women.

On the 25th April 1974, a coup destroyed the ranks of Portugal’s fascist Estado Novo government as the Portuguese people flooded the streets of Lisbon, placing red carnations in the barrels of guns and demanding a ‘land for those who work in it’.

Raquel Varela is a Professor at New University of Lisbon, and Senior Visiting Professor at the Fluminense Federal University. She is also president of the International Association of Strikes and Social Conflicts and co-editor of its journal. She is the author of A People's History of the Portuguese Revolution (Pluto, 2018).

'Lively, brilliantly documented and filled with the voices of Portugal's ordinary people, this book recovers the revolution from below that shook Portugal in 1974-5' - Colin Barker, author of 'Festival of the Oppressed: solidarity, reform and revolution in Poland, 1980-81'

Acknowledgements
Preface
Foreword
1. Introduction
2. The Seeds of Change
3. April 29 1974: 'The People Are No Longer Afraid'
4. Who Governs?
5. The Anti-Colonial Movements and the Myth of a 'Bloodless Revolution'
6. Strike, That Is, 'Disrupt the Production Process'
7. Self-Management and the Struggle Against Redundancies
7. 'The Creche is Here' - Land Ownership, Urban Struggles and Residents' Commissions in the Revolution
8. Women in a Democracy Are Not Mere Decoration: Social Reproduction and Private Life in the Revolution
9. Artists and the Revolution
10. Workers' Commissions and Unions
11. 'Here Is the Nursery': Urban Struggles and Resident Commissions
12. Workers' Control, March 11 and Nationalism
13. The Birth of the Welfare State
14. Scheming for Power
15. The Land for Its Workers: Agrarian Reform
16. The 'Hot Summer' of 1975 and the Fifth Government's Frail Governance
17. Spain and Other 'Links in the Chain'
18. The Crisis
19. Democracy and Revolution: The Meaning of the Carnation Revolution
20. In Celebration
Appendices
Index
Published by Pluto Press in Feb 2019
Paperback ISBN: 9780745338576
Hardcover ISBN: 9780745338583
eBook ISBN: 9781786803580