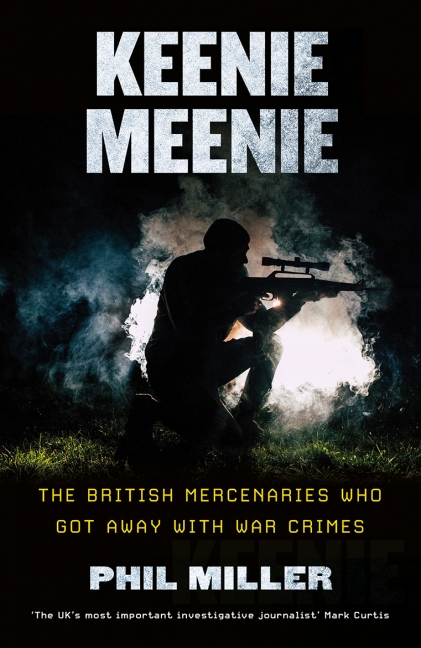 Keenie Meenie Services - the most powerful mercenary company you've never heard of - was involved in war crimes around the world from Sri Lanka to Nicaragua for which its shadowy directors have never been held accountable.

Like its mysterious name, Keenie Meenie Services escaped definition and to this day has evaded sanctions. Now explosive new evidence - only recently declassified - exposes the extent of these war crimes, and the British government's tacit support for the company's operations. Including testimonies from SAS veterans, spy chiefs and diplomats, we hear from key figures battle-hardened by the Troubles in Northern Ireland and the Iranian Embassy siege. Investigative journalist Phil Miller asks, who were these mercenaries: heroes, terrorists, freedom fighters or war criminals?

Phil Miller is an investigative journalist and producer. His reporting on British special forces has triggered two government probes. He has worked for Corporate Watch and Reprieve, and written freelance pieces for many publications including Private Eye, Vice, Guardian and The Times. He is currently a staff reporter for Declassified UK, an investigations unit focusing on British foreign policy.

'Miller pilots you into a twilight world, where the pioneers of a rapacious industry blaze a trail of death and destruction across the continents, with a nod and a wink from Whitehall. This is the riveting story of HMG's dirty secret service: an investigative tour de force' - Jonathan Miller, Foreign Affairs Correspondent, Channel 4 News

'Phil Miller is the UK's most important investigative journalist. This fascinating, unique and brilliantly researched book is one of the most important to be written on the UK's post-war foreign policy' - Mark Curtis, Author and Historian

&lsquo;What distinguishes Miller&rsquo;s book is the depth of research. Investigative reporters often have to rely on personal information from anonymous sources, but Miller has also done extensive documentary research... This is why Miller&rsquo;s achievement is so welcome: a book that contains close to 500 references and footnotes yet is thoroughly readable throughout.&rsquo; - Paul Rogers, Emeritus Professor of Peace Studies, University of Bradford

'The pace and narrative are Le Carre-esque, but made even more compelling by the fact that the events are true' - Joe Glenton, ForcesWatch