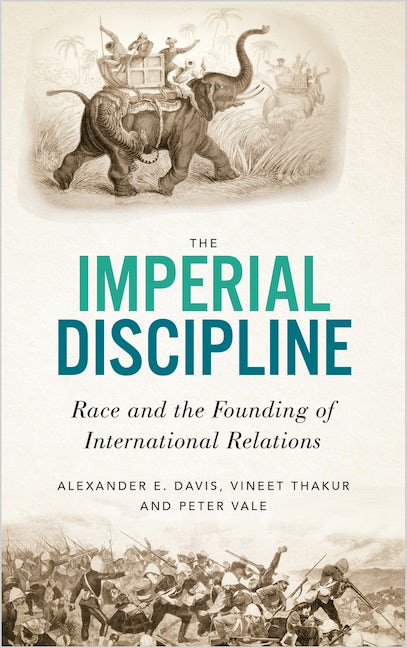 Race and the Founding of International Relations

This book questions the accepted origins of the field of International Relations (IR). Commonly understood to have emerged from the horrors of WW1 with the goal of bringing about world peace, the authors argue that on the contrary, IR came from a somewhat less noble tradition – that of the Round Table.

The Round Table were a network of imperialists emerging in the late 1800s across five key British imperial societies: Australia, Canada, New Zealand, South Africa and India. Their aim was to improve imperial governance, placing the empire into a position to control world affairs. Although they ultimately failed to rearrange world order according to their vision, they did help to build what we now call the discipline of IR.

The Round Table's 'scientific method' for the study of world affairs was rapidly subsumed into each geopolitical context. Through telling this story, the authors recover it, and interrogate its meanings for the discipline of IR today. They show the importance of the Global South to IR's foundations, and argue that IR scholarship in this period was intertwined with imperial racial thought in ways that it should not and cannot forget.

Vineet Thakur is University Lecturer in History and International Relations at Leiden University, the Netherlands.

'As calls to decolonise the university become widespread, this critique of the discipline of IR is ideal for classroom teaching'