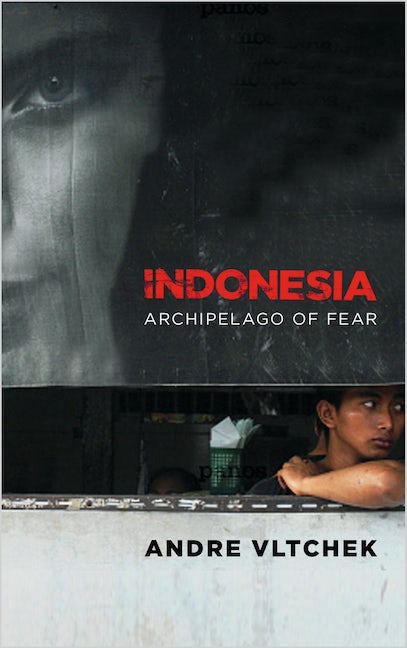 Andre Vltchek brings together more than a decade of investigative journalism in and around Indonesia to chart the recent history of the country, from the revolution which overthrew General Suharto's genocidal dictatorship in 1998 to the present day. He covers the full breadth of the country from Islamic Aceh to mostly Catholic East Timor.

Tracing Indonesia's current problems back to Suharto's coup and the genocide of 1965 – and the support given by the West to Suharto – Vltchek provides an intimate and deeply humane insight into the hopes and fears of Indonesia's people.

Andre Vltchek was a novelist, filmmaker, investigative journalist and playwright. He is the author of a number of books including On Western Terrorism (Pluto, 2017), Indonesia (Pluto, 2012) and Exile (Haymarket, 2006).

'A country whose population numbers nearly as high as the US, Indonesia is almost hidden from consciousness. However, Vltchek turns on a powerful spotlight' - Michael Albert, co-founder of Z Communications and author of Parecon: Life After Capitalism (2003). '[The author] portrays and thoroughly analyses what has been experienced by most Indonesian people today: poverty, fear and the humiliations created by corrupt and greedy elites' - Nursyahbani Katjasungkana, National Co-ordinator of Indonesian Legal Aid Society for Women and former MP. 'Burns with indignation against injustice and untruth. Andre Vltchek is in the great tradition of investigative journalists like John Pilger, Seymour Hersh and Robert Fisk. He combines omnivorous curiosity with fearless tenacity' - Andrew Beatty, Senior Lecturer in Social Anthropology, Brunel University, and author of A Shadow Falls: In the Heart of Java (2009). 'Vltchek is a powerfully informed writer whose reports are based on firsthand observations. He shows how Indonesia is a nearly perfect specimen of the free market at its purest and dirtiest stage of devolution' - Michael Parenti, author of The Face of Imperialism (2011).
1. Introduction
2. From Colony to Dictatorship
3. Extreme Capitalism
4. Democracy and Human Rights
5. Jakarta Bleeding the Islands
6. Corruption Kills
7. The environment, plundering of natural resources and consequent natural disasters
8. Collapse of Infrastructure
9. Islam
10. Cultures, Education and Intellectual Life
11. Indonesia and its Neighbours: A big but destitute bully
12. Conclusion
Notes
Index
Published by Pluto Press in Aug 2012
Paperback ISBN: 9780745331997
eBook ISBN: 9781849647410