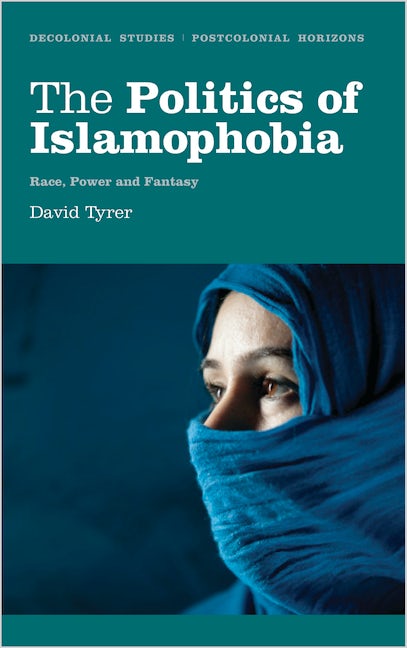 The Politics of Islamophobia

Moves beyond the limited framing of the 'War on Terror' which has dominated recent debates, offering a new perspective on the study of Islamophobia.
Following 9/11, 7/7 and the War on Terror, Islamophobia has become a ubiquitous expression of political racism; its presence is felt in immigration restrictions, critiques of multiculturalism and the co-option of feminism that casts Muslim women as abject figures.

Throughout the book, what emerges is that most of our knowledge of Muslim communities is apprehended through signifiers, as defined by 'liberal' politicians and media: there is the - aforementioned - maligned Muslim female, the ontically pure religious Muslim and the fundamentalist terrorist. Through study of instances where politicians - from Tony Blair and David Cameron, to Geert Wilders and Enoch Powell - activate these racist essentialisms we begin to see how Islamophobia takes form as an expression of racialised governmentality. By mobilising accounts across different national contexts, David Tyrer reveals how Islamophobia is defining relations between states and ethnicised minorities.

David Tyrer is Reader in Critical Theory at Liverpool John Moores University. He is the co-author of Race, Crime and Resistance (SAGE, 2011) and The Politics of Islamophobia (Pluto, 2013).

'A new framework of political and social theory which will facilitate the interrogation of Islamophobia, drawing on complex, multi-level analysis that makes a major contribution' - Ian Law, Professor of Racism and Ethnicity Studies at the University of Leeds and author of Racism and Ethnicity: Global Debates, Dilemmas, Directions (2010).
Acknowledgements
Prologue
1. Framing Islamophobia
2. Now you see me: fantasy and misrecognition
3. Once more, with feeling: Islamophobia and racial politics
4. Post-politics and Islamophobia
5. Democrat, Moderate, Other
6. Islamophobia beyond the war on terror
7. Questions, questions, questions: reframing Islamophobia
Notes
Index
Published by Pluto Press in Nov 2013
Paperback ISBN: 9780745331317
eBook ISBN: 9781849648745