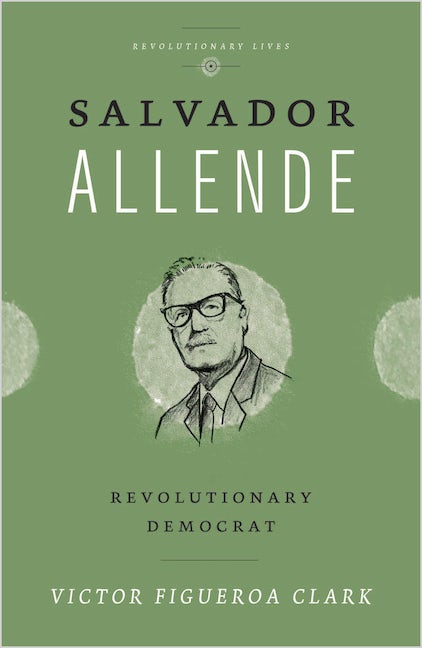 Victor Figueroa Clark guides us through Allende's life and political project, answering some of the most frequently asked questions. Was he a revolutionary or a reformist? A bureaucrat or inspirational democrat? Figueroa Clark argues that Allende and the Popular Unity Party created a unique fusion which was both revolutionary and democratic.

The process led by Allende was a symbol of hope for the left during his short time in power. Forty years on, and with left governments back in power across Latin America, this book looks back at the man and the process in order to draw vital lessons for the left in Latin America and around the world today.

Victor Figueroa Clark lectures at the London School of Economics and is the editor of the Left History website. His previous works include a history of the Chilean volunteers who fought for the Sandinistas and Salvador Allende (Pluto, 2013).

'A much-needed account of Allende's life, showing the consistency of his political project and arguing persuasively that he was always at heart a revolutionary' - Diana Raby, Honorary Senior Research Fellow, University of Liverpool 'An excellent book on a very interesting Latin American political figure that deserves to be recuperated' - Jorge Arrate, Chilean presidential candidate for the left, 2009
Introduction
1. Early Life and Youth
2. Reaching Political Maturity
3. Becoming the Leader of the Left
4. Between Revolutions
5. The Popular Unity
6. The Coup
7. What followed Allende?
8. Life and Legacy
Notes
Index
Published by Pluto Press in Aug 2013
Paperback ISBN: 9780745333076
eBook ISBN: 9781849649353