Overheating and the Coming Age of the Anthropocene

The world is ‘overheated’. Too full and too fast; uneven and unequal. It is the age of the Anthropocene, of humanity’s indelible mark upon the planet. In short, it is globalisation – but not as we know it. Leading anthropologist Thomas Hylland Eriksen is the author of a new book Overheating: An Anthropology of Accelerated Change, in this blog, he examines the fast changes characterising the present age, from Brexit, to Pokémon Go and the death of the Great Barrier Reef.

What do the fateful Brexit referendum, the epidemic spread of Nintendo’s ‘Pokémon Go’ game, the 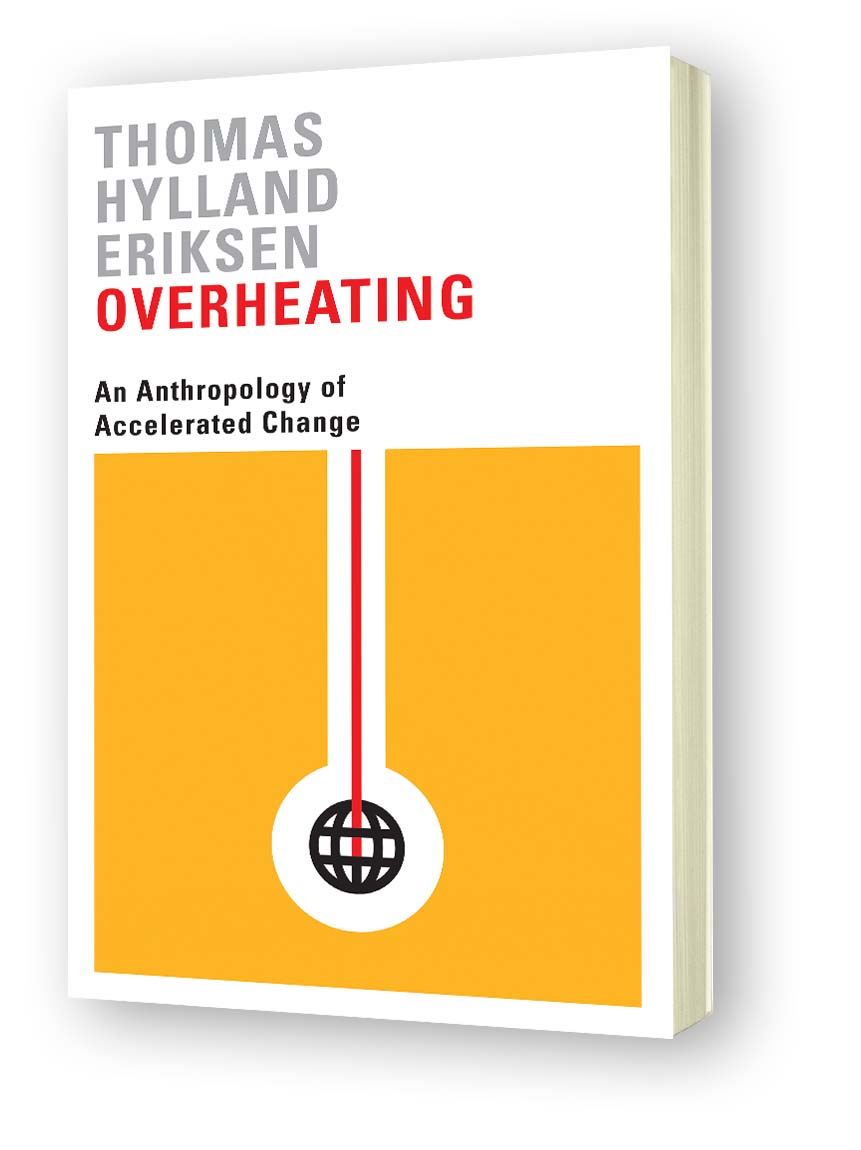 escalating death of Australia’s Great Barrier Reef and the fivefold growth in tourism since 1980 have in common? The short answer is that they all express symptoms or outcomes of global accelerated change, or ‘overheating’, as I call it in my new book.

It is as if modernity has shifted to a higher gear since the early 1990s. Modernity has always been about acceleration and change, but in the last quarter-century, acceleration has accelerated. While you were out having a coffee, the number of refugees in the world seemed to have grown by ten per cent by the time you returned. While you were offline on a short holiday, Indonesia overtook Australia as the world’s largest coal exporter. And when you log onto your favourite newspaper, in the hope that you might encounter a few drops of optimism, the first headline you click on is a story about the dramatic decline of biodiversity in the contemporary world (The Guardian, 14 July 2016). Caused by agricultural expansion, climate change and pollution, the loss of biodiversity is an excellent, if frightening, example of ‘overheating’: It is an unintended consequence of the planet having been filled slowly to the brim by human activities and projects. It is not caused by one single factor possible to contain or control, but by the confluence of several mutually reinforcing processes – population growth, land clearing and monocultures, global neoliberalism and fossil fuel use, to mention a few major factors.

Overheating: An Anthropology of Accelerated Change is based on the assumption that the fast changes characterising the present age have important, sometimes dramatic unintended consequences. Each of the five empirical chapters focuses on one key area – energy, cities, mobility, waste, information – and shows how changes may take unexpected directions, which were neither foreseen nor desired at the outset.

Just as the insecticide called DDT, which was meant to save crops and improve agricultural output, killed insects, starved birds and led to ‘the silent spring’ of Rachel Carson’s eponymous 1962 book, a foundational text for the modern environmental movement, so does the car inevitably imply pollution and accidents, the information revolution entails the pollution of brains, and, perhaps, the spread of enlightenment ideas inspires counterreactions in the form of fundamentalism. I focus on such contradictions, but I also show that the crises of globalisation are not caused by malevolent intentions or any kind of evil, selfish or short-sighted conspiracy. Rather, what we are confronted with is a series of clashing scales which remain poorly understood. Let me give a brief illustration. If you are in a powerful position, you can change thousands of people’s lives far away with a stroke of a pen; but if you spent time with them first, that is likely to influence your decision. The tangibly lived life at the small scale, in other words, clashes with large-scale decisions, and you come to realise that what is good for Sweden is not necessarily good for the residents of the village of Dalby north of Ystad.

Scaling up can be an efficient way of diverting attention from the actuality of a conflict by turning it into an abstract issue. If your colleagues complain that you never make coffee for your co-workers, you may respond, scaling up a notch, that the neoliberal labour regime is so stressful and exhausting that the ordinary office worker simply has no time for such luxuries. At the opposite end of the spectrum, we may think about the workers who manned the gas chambers and effectively murdered incomprehensible numbers of Jews and Gypsies; there is no indication that they loved their family and household pets less than anyone else did. The world, or an activity, or an idea, shapeshifts when you move it up and down the scales. As one of my informants in an industrial Australian city said: ‘The environmental activists in Sydney are really good at saving the world, but they don’t have a clue as to what to do with real people with factory jobs.’

Being an anthropologist and, accordingly, trained to seeing the world from below, I have often had mixed feelings about the general literature about globalisation. Many widely read authors writing about the interconnected world seem to be hovering above the planet in a helicopter with a pair of binoculars. They may get the general picture right, but fail to see the nooks and crannies where people live. Reading these books, I am often reminded of Benoît Mandelbrot’s 1967 article ‘How long is the coast of Britain?’, which is fundamentally about scaling. He shows that the length of the jagged British coast depends on the scale of the map. Measuring with a yardstick would produce a different result from measurements taken with a one-foot ruler. Looking for averages, similarly, can be distinctly unhelpful: Your average body temperature may be just fine if your feet are in a freezer while your head is in a hot stove, but you’re dead nonetheless. And in order to get to the truth about people’s lives, the bird’s eye perspective is useful, but inadequate. You have to get ‘up close and personal’, to quote a book title from the anthropologists Cris Shore and Susana Trnka.

If you read general overviews about globalisation and identity with the mindset of an anthropologist, there is a chance that you finish with the somewhat unsatisfactory feeling that you had been offered a three-course dinner, and were duly served a sumptuous starter and a delicious dessert, but no main course. With anthropologists, the problem is generally the opposite: They describe local life-worlds in meticulous detail, crawling, as it were, on all fours with a magnifying glass; but rarely attempt a global analysis. In this book, by moving up and down the scales, I have tried to do both, and to relate them to each other.

And the solution? Anthropologists tend to be notoriously coy when it comes to proposing solutions to social problems, and yet I do have some suggestions. The most general piece of advice, if the goal is to avoid global disaster and cool down the humanly induced runaway processes currently threatening planetary health, consists in scaling down (and slowing down). For this to come about, large-scale extractivism, global neoliberalism and the complicity of politicians with corporate interests will doubtless have to be dealt with. But how? Through exit and voice, but scarcely with loyalty. I do not believe in one-size-fits-all solutions, and solutions differ from place to place. Overheating does not tell people what to do, but it provides a global diagnosis of a feverish condition, a crisis for which there are only two possible outcomes. Let me put it like this: In ancient Greece, crisis could be a medical term referring to a high fever. Just like the feverish world in which we now live, the Athenian patient’s crisis condition had only two possible outcomes, namely death or recovery.

Overheating: An Anthropology of Accelerated Change by Thomas Hylland Eriksen is available  from Pluto Press.