Anarchism and the Black Revolution:
The extraordinary life of Lorenzo Kom'boa Ervin

William C. Anderson recounts the life of the Black anarchist who hijacked a plane to Cuba to escape political persecution at the hands of the US state, and who revolutionised Black activism forever.

The definitive edition of Anarchism and the Black Revolution is out now.

It’s not an exaggeration to say that Lorenzo Kom’boa Ervin has changed the world. Countless people have been affected and influenced by his work throughout the years. His story is a testament to the extraordinary possibilities that lie just beneath the surface of the many passing moments of our lives. The first official publication of his legendary book, Anarchism and the Black Revolution, is yet another monumental occurrence in a life that almost seems cinematic.

Lorenzo was born in 1947 in Chattanooga, Tennessee, to a mother who was a domestic worker and a father who was a chauffeur. With two parents working in service to wealthier white people in the apartheid of the Jim Crow South, it wasn’t long before Lorenzo intimately understood the risks of being Black.

As a young man, Lorenzo joined the army during the Vietnam War where he became an anti-war activist. This was the year the first U.S. combat troops arrived on the ground in a country that has still yet to recover from all the damage that was done by imperialist forces. At the same time, the USA was embroiled in the Civil Rights movement. The Voting Rights Act was signed this same year that Alabama police assaulted marchers on “Bloody Sunday” in Selma and attacked activists associated with Student Nonviolent Coordinating Committee (SNCC). This historic movement organization would attract Lorenzo after his anti-war activism saw him court martialed, prosecuted, and ultimately discharged.

Lorenzo had been selling the Black Panther newspaper while working with SNCC who had alliances with the party. He eventually started working with the party directly as a member, but he’d eventually grow disillusioned with the leadership style among other aspects of the Panthers. Then his circumstances shifted dramatically after Martin Luther King, Jr. was assassinated. Rebellions and uprising broke out across the country and as a result, Tennessee state officials convened grand juries to investigate and punish Black activists and civil rights groups on felonious charges. Accused of gun running and threatening to bomb a Klan sympathizing judge, Lorenzo fled to Atlanta. He decided to take his flight from the charges levied against him even further and hijacked a plane to Cuba.

At the time of Ervin’s departure, hijacking planes and fleeing to Cuba was more common than people may realize. The cases of Black radicals who did so are sometimes romanticized, but Ervin’s experience highlights an important distinction. Upon his arrival he stayed with other hijackers who were grouped together before ultimately being imprisoned by the Cuban government and put into solitary confinement. Black Panther Party leader Eldridge Cleaver was already in Cuba himself and had a strained relationship with the government because of ongoing disagreements. The other Panthers there would be affected by the intensity of this situation and it led to Lorenzo getting travel documents before he was deported to Czechoslovakia.

His experience in Czechoslovakia wasn’t much better. There he was subjected to harassment and monitoring by government officials before he was ultimately detained again. Despite efforts by Lorenzo to secure safety and solidarity among the African university students he bonded with there, he found himself held by the U.S. consulate in Prague. He’d flee again, this time making his way to East Germany which was part of the Eastern Bloc during the Cold War. This was where he was captured by federal authorities who would in turn ship him back to the USA after torturing him in detention.

At the Federal Detention Center in New York City Lorenzo’s life was changed by his chance encounter with a jailhouse lawyer and Black radical educator named Martin Sostre. Whether Sostre knew it or not, his meeting with Lorenzo was something that would affect generations to come. It was Sostre who first introduced Lorenzo to anarchism and mentored him which he’d later reflect on in an essay he wrote about Martin:

He bounced a new word on me: “Anarchist Socialism.” I had no idea what he was talking about at the time … He explained to me about “self-governing socialism,” which he described as free of state bureaucracy, any kind of party or leader dictatorship. Almost every day he regaled me about “direct democracy,” “communitarianism,” “radical autonomy,” “general assemblies,” and other stuff I knew nothing about. So I just listened for hours as he schooled me.

Sostre had already reshaped the prison system through a series of victorious lawsuits around prisoners’ rights after his being framed led to his incarceration. He didn’t know at the time that his passage of an Anarchist theory to Lorenzo would change the course of politics for many throughout the world. Lorenzo faced trial in the small town of Newnan, Georgia, and was given a life sentence by an all-white jury. He was eventually transferred to the federal penitentiary in Terre Haute, Indiana. This was a facility known for its brutality where the legacy of the Ku Klux Klan remained strong.

Anarchism and the Black Revolution was written here in 1979. It was written by hand and had to be kept hidden from prison authorities who might have destroyed it. The pamphlet was first produced by an Anarchist collective in New York. His case then became an international Anarchist solidarity campaign and eventually led to his release from prison.

Anarchism and the Black Revolution is the definitive writing on Black anarchism in the USA. If it were not for this book, many people in the USA and throughout the world would have significantly different politics. That’s not hyperbole because the book outlined the contours of radical changes within and outside of critically important Black struggles. That is to say, this text represents the underappreciated rejection of neat narratives that condense intricate histories into straight lines instead of complicated shapes. His original text and its expanded editions that followed detail a searing critique of the failures of the Black Power and the Civil Rights movements. And it did so as foundational text offering these criticisms from a Black Anarchist perspective.

Lorenzo insists that yes, the house and the plantation are indeed burning but we do not need to burn with them. As a rejection of reform and statism, he challenges us to not simply try to create a new state and paint it red or black. He asks us to think beyond what might have succeeded or failed in the past and think about what needs to happen in the present. He assures us that liberation will not be achieved by mimicking what didn’t free us before and it won’t be achieved by not interrogating what’s happening around us now. He sets the stage for so much of what’s transpiring before us by watering barren fields with the quenching sustenance of visionary politics. 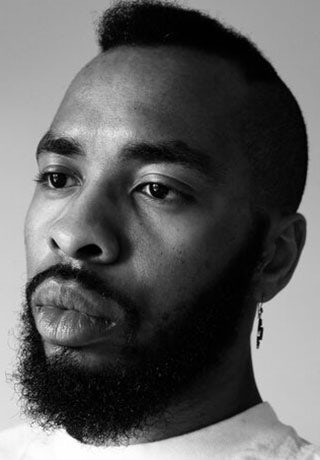