By Pluto Press
BUY THE BOOK 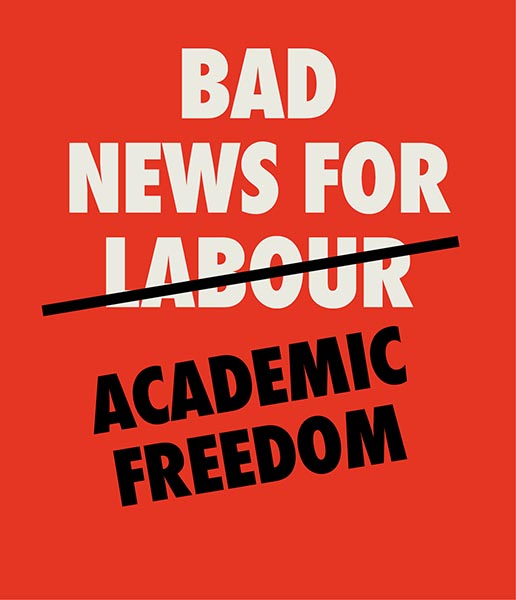 The campaign to root out alleged antisemitism in the Labour party has been fought tooth and nail. Pluto has just published a new book on the topic: Bad News For Labour: Antisemitism, the Party and Public Belief. A serious academic study, it found that, on average, people believed that a third of Labour Party members had been reported for antisemitism, when in fact the actual figure was far less than one per cent, and unpicks how this erroneous opinion became so widespread, looking particularly at the media. The book replaces media hype with the rigorous analysis of evidence.

It was disappointing then that the launch of the book in Waterstones Brighton during Labour Party Conference last week was cancelled due to a ‘torrent of “threats” and “abuse”, allegedly levied against Waterstones’, claiming the book and its authors are themselves antisemitic. We at Pluto believe that these claims are false and that this was an attempt to shut down academic freedom and free discussion of an important but contentious issue.

‘The irony of that is that the Jewish community, throughout history, has been the source of such diverse intellectual and political thought and that debate has always been encouraged in the Jewish community – certainly in my experience. The fact that one can no longer discuss this issue – the fact that events are being cancelled – this intolerance and refusal to discuss issues properly is deeply problematic.’

Greg Philo, one of the authors of the book, put forward the following statement:

‘The five academic authors had intended to present their research at a book launch in Waterstones, Brighton on 23rd September. But this occasioned a storm of abuse on Twitter, calls to boycott Waterstones and false accusations about the authors and the content of the book. Waterstones cancelled the event citing organisational problems but have now agreed to reschedule it. The authors have issued a statement saying it is completely unacceptable to attempt to prevent academics from presenting research findings in a bookshop. They have put the following on Twitter:

The claims that Bad News for Labour and its authors are antisemitic are a false and slanderous attack on us as individuals and on our professional integrity as academics. Those responsible must desist.’

Pluto would like to extend our thanks to the Brighton & Hove Left Alliance who, on the day the event was cancelled, stepped up and hosted us at the Rialto Theatre.

We are also working with Waterstones to re-organise the event at one of their branches – so watch this space.