Five LGBTQ+ players who changed the face of tennis

by David Berry
BUY THE BOOK

The role of men who have loved men and women who have loved women has been crucial to lawn tennis since it was first played in London in 1874. The number of top tennis people who have chosen to identify as what we now call LGBTQ+ may be little more than a dozen but they include Martina Navratilova and Gottfried Von Cramm, two of the most thrilling champions to have ever played the game; Teddy Tinling, the gay designer who changed the look of tennis; Eleanor ‘Teach’ Tennant, the Californian coach who opened up the game to talented boys and girls from poorer backgrounds; and Renee Richards, who in 1977 became the first transgender professional in sport. But most of my personal top five LGBTQ+ people in tennis are not so widely known.

In the northern suburbs of Copenhagen, there is a three-storey building dating from 1927 which looks from the outside like a plain municipal warehouse. Inside, though, it is a riot of colour – vivid reds, orchid yellows, lush greens – which illuminate an indoor court made of wood and covered in felt. It is one of the most beautiful places to play tennis in the world. The building, known as the Dansk Tennis Club, is a tribute to Leif Rovsing who commissioned, designed, and decorated it after he was banned from tennis in 1917 for ‘presumed homosexuality’. Unknown outside Denmark, Rovsing has in recent years been rediscovered as a gay hero there. He was never a truly great tennis player but he competed in many tournaments across Northern Europe before the 1st World War and he made no secret of his involvement in same-sex relationships. This unapologetic defence of what was then an illegal activity was a major reason in 1917 for Rovsing’s ban from tennis clubs and tournaments in Denmark and abroad. ‘Mr. Rovsing’s morality is of such a nature’, the Danish tennis authorities said, ‘that it stands in open conflict with the task of all healthy sports, to promote bodily and spiritual health’. The ban was never revoked. For the rest of his life, Rovsing campaigned to win acceptance of homosexuality in sport, writing books and pamphlets and giving talks and lectures in Denmark and abroad. And he continued to play tennis in private on the beautiful court he had built which developed a deserved reputation as one of the most enjoyably decadent places to play tennis in the world.

If Rovsing is unknown outside Denmark, Billie Jean King is tennis’s international treasure. She is so much part of the conventional tennis world today that we can sometimes forget her pivotal role in the 1970s in ensuring women’s tennis was treated as seriously as men’s. She helped organise the first women’s professional tour and spearheaded a campaign to force the top tournaments in the world to pay women the same as men. And in the Autumn of 1973, she beat Bobby Riggs in a  ‘Battle of the Sexes’ match in Houston, Texas which attracted 90 million television viewers across the world, the highest eve for a tennis match. Afterwards she received letters from women saying that when she beat Riggs ‘their lives changed. They demanded raises, demanded better working conditions and do you know what? They got them’. Some of King’s remarkable resolve and courage came from her working-class background but some came, at least it seems to me, from her sexual identity as an LGBTQ+ woman. It fuelled her feminism and helped her see her struggles in tennis as part of a wider fight for female power and control.

If Bill Tilden wasn’t the greatest men’s tennis player of all time – and many people think he was – he was without doubt the most entertaining. His style and manner, on court and off, were impossible to separate out from his homosexuality which was clear to everyone around him although he never admitted it until he had long stopped playing. Tilden would rarely play the same shot twice; threw points if he felt bored; glared at linesmen, and corrected their calls. He would deliberately lose a few games so he could keep the crowd on the edge of their seats. The American tennis authorities were worried he would revive the effete image of the game and Tilden did nothing to ease their anxieties. He spent time with the demi-monde in the bars of Weimar Berlin and rarely disguised his enjoyment of the companionship of adolescents. It was this ‘enjoyment’  that would eventually be his downfall. In 1946, he was found in a car in California with a 14-year-old boy. No tennis club would give him work as a coach, his name was removed from the records of Dunlop, his sponsor, and he died in poverty only 60 years old, his exceptional contribution to tennis unacknowledged. His masterpiece, Matchplay and the Spin of the Ball, however, remained in print because it was – and arguably still is – the best technical book on how to play like a champion. Forty years later, Rod Laver claimed ‘we are all Tilden’s disciples’.

Toupie Lowther was not only the most stylish of the first generation of female tennis champions; she was also the first openly lesbian woman in sport. As she toured around the tennis tournaments of Europe in her open-top Mercedes-Benz in the years before the 1st World War, she looked every inch the part. With a degree in science from the Sorbonne and as good with a sword as a tennis racket, Lowther became one of the models for Stephen, the central character in Radclyffe Hall’s masterpiece of lesbian literature, The Well of Loneliness. ‘Ladies unlike men do not break down in matches. Is it that they have more pluck?’, she would often claim. Pluck she certainly had to stand up for her sexuality decades before it was safe to do so. 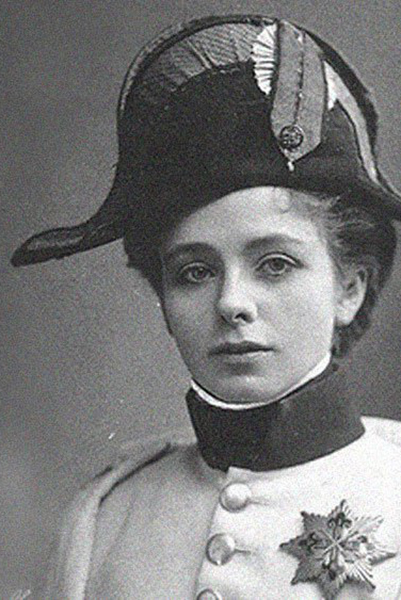 I plead a little indulgence here. There is no evidence that Harry Gem, one of the first people ever to play lawn tennis, was gay. Yet his closeness to Augurio Perera, the man with whom some people think – wrongly in my view – he invented lawn tennis seems more than friendship. Gem, a Birmingham solicitor, played racket sports with Perera, a Spanish-born businessman, all his life, first in the centre of Birmingham, than in Perera’s back garden in Edgbaston, and then at the Manor House Hotel in Leamington where they set up the first club dedicated to lawn tennis in the summer of 1874. The question that has always puzzled me is why, given their myriad interests and lives in Birmingham, both Perera and Gem moved together with their families to Leamington, a provincial backwater, sometime in the early 1870s? My hunch is that they were a little closer than close friends and that people in Birmingham were beginning to talk. But as I say, no evidence. Like many episodes in queer history though, sometimes you have to peer through the screens people erect to etch out the truth.

David Berry is a writer, journalist and filmmaker. He has written about health and leisure for a variety of publications, and for twenty-five years he was a documentary director for the BBC. He has been playing tennis since he was eleven years old.

A People’s History of Tennis is out now from Pluto.