Five years on, what does justice for Grenfell look like?

It’s been 5 years since the fire at Grenfell Tower – 5 years without justice for the 72 innocent lives lost to the violence of austerity. Katie Sperring reflects on how the Grenfell community is fighting back against the structural violence that led to the fire.

The Silent Walk is one amongst many ongoing forms of organisation by the Grenfell community during the past five years. This community responded to the fire with formidable organisation: Grenfell United, Justice4Grenfell and many others provided immediate relief and support to families affected by the fire and have since pursued concerted political change to achieve justice for Grenfell. It is crucial not to understate the transformative content of the change the Grenfell community seeks.

The Grenfell fire represented a flashpoint of contemporary capitalism, a moment in which its life-threatening consequences came into full view. The Grenfell community has been nothing short of attentive to this fact and it has long advocated the view that the fire represented the endpoint of a sequence of structurally violent practices that negated the humanity and respect for social housing residents. A coalescence of practices of structural violence, to which the community has not been at all acquiescent, have long been implicated in this community’s conditions, as well as the conditions of social housing residents across the country.

Through outsourcing to private corporations, the highly flammable cladding which made the Grenfell Tower fire so destructive was allowed to be applied to the building’s exterior in the November 2016 refurbishment of the tower. Through deregulation, a bonfire of red tape drastically de-escalated the regulations governing fire safety in high-rise residences like Grenfell Tower. Through austerity, social housing investment declined by 81% between 2009 and 2016 in the Kensington and Chelsea authority where Grenfell Tower is located. Woven throughout all of this, ongoing gentrification promoted the managed decline of social housing as the corporate classes willingly displaced and endangered social housing communities in their relentless pursuit of profit.

Responding to these pervasive structures of violence, the Grenfell community urged both the Kensington and Chelsea council and the Kensington and Chelsea Tenant Management Organisation (KCTMO) – the group charged with managing the area’s social housing stock – to recognise and address the endangerment to lives posed by the unjust housing conditions, but faced a relentless struggle to have their voices heard. In March 2017, mere months before the fire, 19 individual Grenfell Tower residents requested an independent investigation into the building’s fire safety following the installation of gas pipes in the building’s stairwells. These requests were ignored and only after the fire did an investigation discover that not only did Grenfell Tower fail to meet fire safety regulations for the reasons that residents had signalled, but 11,600 similar buildings did too. This exemplifies the horror of the Grenfell fire; the tower’s residents were acutely aware of the danger their conditions posed to them but were unable to have these grievances properly considered by the institutions, public and private, supposedly responsible for their safety. 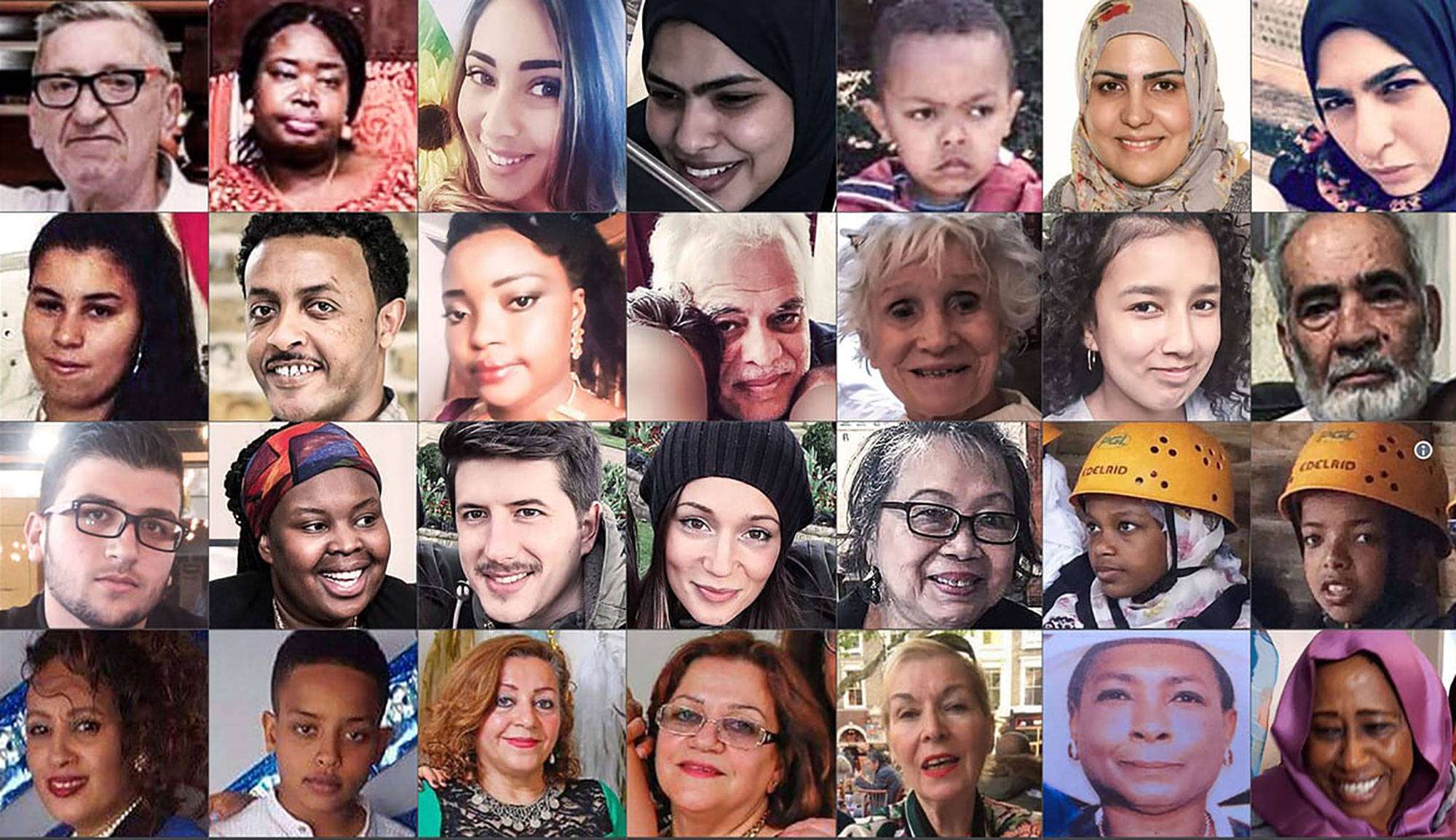 In light of this, a notable dimension of the community’s activism in the wake of the fire has been campaigning for fundamental change to undo the effects of structural violence in social housing, and in doing so, embolden the voice of social housing communities. The principal example of this lies in advocacy for the Charter for Social Housing, which entails a programme of wholesale change to transform the social housing sector’s policy framework. It includes institutionalising the authority of tenants’ voices through a new complaints process, conducting independent inspections of local authorities and tenant management organisations, professionalising the social housing sector through regularised training programmes, and adequately financing the sector. Ed Daffarn, a former resident of Grenfell Tower and founding member of Grenfell United, has insisted that “as long as there is no Charter for Social Housing, there will be no legacy for Grenfell.”

The pursuit of this charter is crucial because it represents the appropriate contestation of the structures of exclusion that have shaped the experience of the Grenfell community, as well as many other social housing communities, and ultimately produced the fire itself. Requirements such as institutionalising tenants’ voices through a new complaints process enables social housing communities the space to contest practices such as gentrification and outsourcing which jeopardised safety conditions in Grenfell Tower. A restructuring of the unequal and intersecting relationships that mark interactions between landlords and the community, the council and the community and corporations and the community can then begin to occur—relationships that have willingly sacrificed community interests for far too long.

Another key way in which the community has been advocating for structural change has been in opposing fire safety deregulation and pushing for “root and branch changes in the way fire risk assessors, designers and contractors approach fire safety.” The community have pushed for a meaningful legacy for Grenfell to be instituted through rapidly enacting the public inquiry’s Phase 1 recommendations for rebuilding fire safety regulations following decades of decimation through deregulation. Crucially, such advocacy represents recognition that justice for Grenfell cannot be fulfilled as long as the practices which produced the fire remain embedded into the state’s operation, and continue to endanger the lives of those in residences with fire safety shortcomings comparable to Grenfell. Retrospective work to remove flammable cladding, towards which the government recently renewed pressure by threatening non-compliant firms with trading bans, falls short when a dangerously weak regulatory framework still remains intact.

Justice for Grenfell cannot be achieved as long as the conditions of structural violence which produced the fire persist: this has been recognised and put into action upon by the Grenfell community itself, but the same must happen more broadly. The importance of legislation like the Charter for Social Housing, which prohibits the practices of structural violence of which this fire was an endpoint, is non-negotiable. Housing providers must not be able to sacrifice safety for profit, government entities must be held accountable for actions they take that jeopardise this safety, and social housing residents must be able to collectively voice their concerns and have them acted upon.

As the phrase ‘justice for Grenfell’ reaches ubiquity again upon the five-year anniversary, it brings with it an opportunity to remind ourselves of the weight of the content of such a phrase and orient ourselves towards supporting the Grenfell community in fulfilling it. In his afterword to After Grenfell: Violence, Resistance and Response, Robbie Shilliam urges us to ‘support and not sublate the community’ in any response to Grenfell. The transformative political change for which the Grenfell community advocates can only be achieved through collective mobilisation, making our attentiveness to their activism and what support it demands of the broader public even more crucial. Hopefully, the five-year anniversary marks a rejuvenation of energy towards the pursuit of such transformation.

Katie Sperring is a writer focusing on social justice and feminist issues and community activism.