Fredrik Barth is one of the towering figures of twentieth-century anthropology, we ask his biographer Thomas Hylland Eriksen to expand on Barth’s life and ideas and what propelled him to choose his subject.

Social scientists come in many shapes, some more interesting than others. One of the 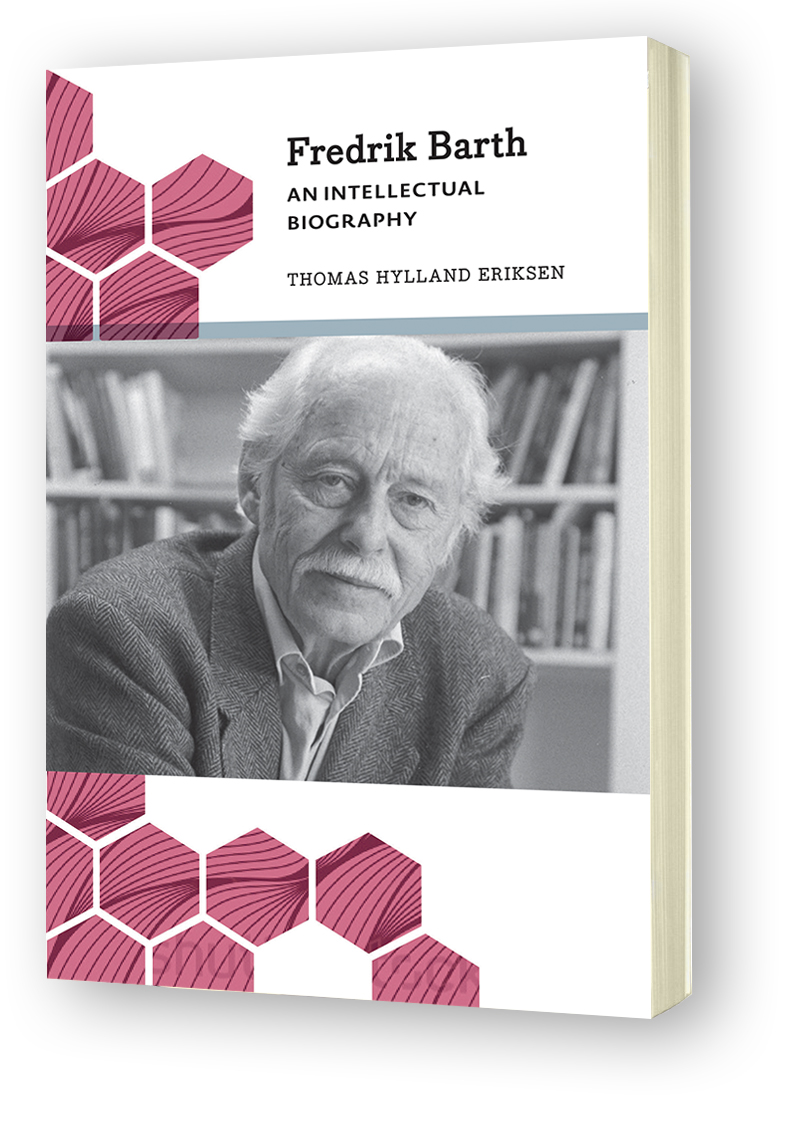 extremes is the wide-ranging scholar who circles the planet in a helicopter with a pair of binoculars, eventually developing a theory about life, the universe and everything. The opposite extreme is the khaki-clad explorer crawling on all fours while peering at the grains of sand on the beach through a magnifying glass. This is the end of the continuum where most anthropologists find themselves. Yet, the grains of sand are not enough. Indeed, a major ambition of anthropology consists in ‘seeing the world in a grain of sand’ (Blake), building social theory from everyday events in ordinary communities and discussing human universals through the life-worlds of a few individuals leading perfectly average lives anywhere in the world.

In this endeavour, Fredrik Barth (b. 1928) is an undisputed master. One of the most influential anthropologists of the latter half of the 20th century, Barth’s career spans six decades and has brought him to more than a dozen field sites. This book tells the story of Barth’s life from his student days in Chicago just after the war to his retirement years in Oslo; and in doing so, it highlights the power of the ethnographic gaze and the critical potential inherent in an anthropological approach to human life. At its best, anthropology can tell us that everything could have been different, that there are many roads to the good life, and that the present social order does not necessarily constitute ‘the best of all possible worlds’ (Leibniz). Anthropology treats all lives in an equitable way, giving no pride of place to the pale and powerful.

Fuelled by ambition, curiosity and a genuine interest in other people’s lives, Barth has been a well above average enthusiastic fieldworker, and he is adamant that theoretical insights into the human condition begin, not with speculative theory, but with observation and interpretations of concrete situations and human affairs. In order to understand the meaning of water in Baktaman ritual, he says, you have to spend time with the Baktamans in their misty mountain forest in New Guinea, get wet and cold with them, experience how everything seems to get mouldy in this, one of the wettest habitats on earth, and how water is simultaneously a source of life and of decay in their lives. This is not the way of the dignified grand theorist who rarely leaves the seminar room, but in Barth’s view, it is the only viable way. A naturalist and empiricist, and the exact opposite of an armchair theorist, Barth has developed abstract theory based on direct observation and personal experience.

Barth’s curiosity has brought him from dry hills in southern Iran to balmy villages in northern Bali, from the oases of western Sudan to the baking heat of Oman; but his most famous fieldwork was arguably that among the Swat Pathans of north-western Pakistan, latterly the home of Talibans and Malala Yousufzai. Whereas many intellectuals rely on reading and inspiration from theoretical advances in order to press on and move ahead, Barth has always embarked on new fieldwork to achieve the same result. As he says in this biography, his theoretical ideas have rarely emerged from reading, but usually from new fieldwork experiences. This makes him something of an anthropologist’s anthropologist, the uncompromising fieldworker who takes nothing for granted until it has been examined empirically. By this very token, he comes across – paradoxically – as a major social theorist. Giving priority to the nitty-gritty of ethnographic detail nevertheless entails a critical, even dismissive view of those trends and fashions in social theory which work backwards from first principles or logical reasoning.

Trends and fashions come and go in the social sciences, but rarely without leaving something useful behind. From Foucault, we have kept concepts about discourse, power and regimes of knowledge, from Bourdieu habitus, doxa and forms of capital, from Marxism a sustained critical interest in power and economies, and from structuralism the acknowledgement that the human mind functions in a particular way, frequently by way of contrasts. Nonetheless, structuralism, in its original form, is all but forgotten today. Few take up the cues left by the increasingly orthodox Marxism of the 1960s and ’70s. Neither ethnoscience nor ethnomethodology are read as anything but intellectual history today. For this reason, if nothing else, it is worth noticing that Barth’s work from the 1950s onwards remains relevant today, either as authoritative ethnograhic descriptions or as valuable, if debatable contributions to theory.

There is consistency between his early and late work, but there are also two Fredrik Barths, and the book is divided into two. The first part is entitled ‘A man of action’. From the time of his first publications, written when he was barely out of his teens, until the articles and programmatic statements he produced in his late thirties, Barth was mainly concerned to understand how regularities in social form emerged as an aggregate result of intentional action. Reacting against the dominant structural-functionalist models of the time, he contributed to shifting the focus of research towards the individual. In this period, he wrote about political strategies, economic calculations, ecological adaptations and ethnic relations. His edited volume Ethnic Groups and Boundaries (1969) remains a standard reference, insisting as it does that ethnic boundaries are maintained by social processes, not through cultural differences.

The second Barth, emerging from the early 1970s, has given the title ‘An anthropology of knowledge’ to the second part of the book. Beginning with his detailed and original analysis of ritual knowledge among the Baktaman of New Guinea, this period is marked by a more complex and tentative approach to social life, where raising interesting questions may be more important than coming up with convincing answers. In this period, Barth has endeavoured to show the relationship between people’s knowledge and their actions.

Since I started my studies in social anthropology at the University of Oslo in 1982, Barth has been a constant presence as a discussion partner, mainly by means of intellectual shadow boxing, but occasionally in a physical shape as well. At the time, Barth was professor at the Ethnographic Museum in downtown Oslo, while we studied at the Department of Social Anthropology at the Blindern campus a couple of kilometres up the hill. His relationship to the department was fraught and difficult, but whenever the students asked if he would come and give a lecture, he obliged if he had the opportunity. Barth never used a manuscript, and rarely wrote on the blackboard; yet, his occasional lectures were among the most condensed and lucid we had ever experienced.

Since I have myself later done research on ethnicity and nationalism, many foreign colleagues have, over the years, assumed that Barth had been my mentor and supervisor. This was not the case, but his charisma was still of such a magnitude that he tended to have a spiritual presence in the auditorium at Blindern, even if he was physically located eight stops down the tramline. I’ve thoroughly enjoyed writing this book about a major figure in late 20th century social science, and have tried to remain loyal to Barth’s own rigorous fieldwork methodology. Apart from interviews and conversations with Barth, his wife Unni Wikan and many of his colleagues and students, I have perused his publications, secondary sources such as interviews, commentary and debate, as well as miscellaneous material that has come my way.

Notwithstanding his severe scientific ideals, Barth comes across, at the end of the day, as a committed humanist. He can teach us, by way of compelling examples, that each human life has the same value, and that there is no reason to believe that you stand to lose your own values by being interested in those of others. At the end of the day, his efficiency as an ethnographic fieldworker relied on the conviction that other people, who live in a completely different place, who think differently from you and do other things than you would have done, have the same value as yourself. You might have done the same thing yourself, had you been in their situation, and you should try to find out how that can be. Such an open, tolerant and curious perspective is not a bad point of departure for an earthy humanism tailored to confront the challenges of the 21st century.

Fredrik Barth: An Intellectual Biography is available to buy from Pluto Press.