Reading history enables us to remember the lessons of past struggles. The books in this list narrate a history which places power in the hands of ordinary people. They demonstrate the collective might of the many against the few and serve as a counternarrative to the tradition of valorising ‘great men’ and whitewashing history. 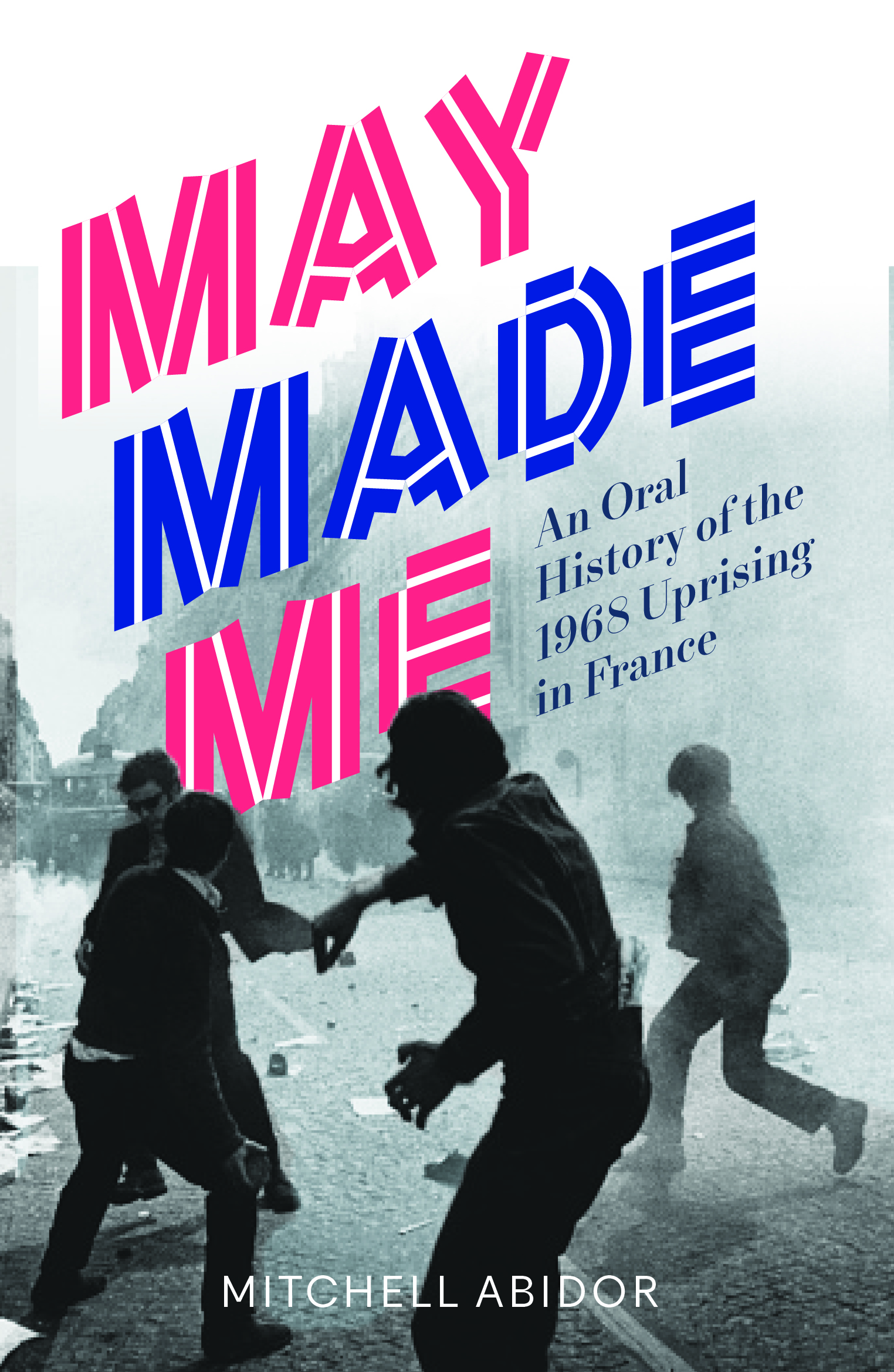 Fifty years after the event this is an exciting and enthralling oral history of the volatile mass protests that shook France in May 1968. Abidor engages with the voices and testimonies of the fearless activists, workers and students at the heart of the uprisings to reconstruct the atmosphere of that tumultuous summer. May Made Me follows the events as they unfolded, snowballing to encompass millions and take France to the brink of revolution.

By revisiting the general strikes and occupations of university buildings and factories which brought the nation to a standstill and sent tremors through the political establishment, this book reminds us of the power of the masses to challenge the status quo.

A People’s History of the German Revolution

By William A. Pelz

In the dying embers of the First World War, the discontent of war-weary German sailors lit the spark for a full-scale revolution that toppled the monarchy, ushering in a period of radical popular democracy. A People’s History of the German Revolution is a popular history which attributes the discontent of the people a political identity and consciousness it is often denied.

Pelz explores the revolution from the bottom up, focusing on the active role that women, workers, and ordinary people played in its events. Rejecting the idea that international actors like Woodrow Wilson or German elites were the only ones possessing agency, Pelz makes the compelling case that, for a brief period, the actions of the common people shaped a truly revolutionary society. 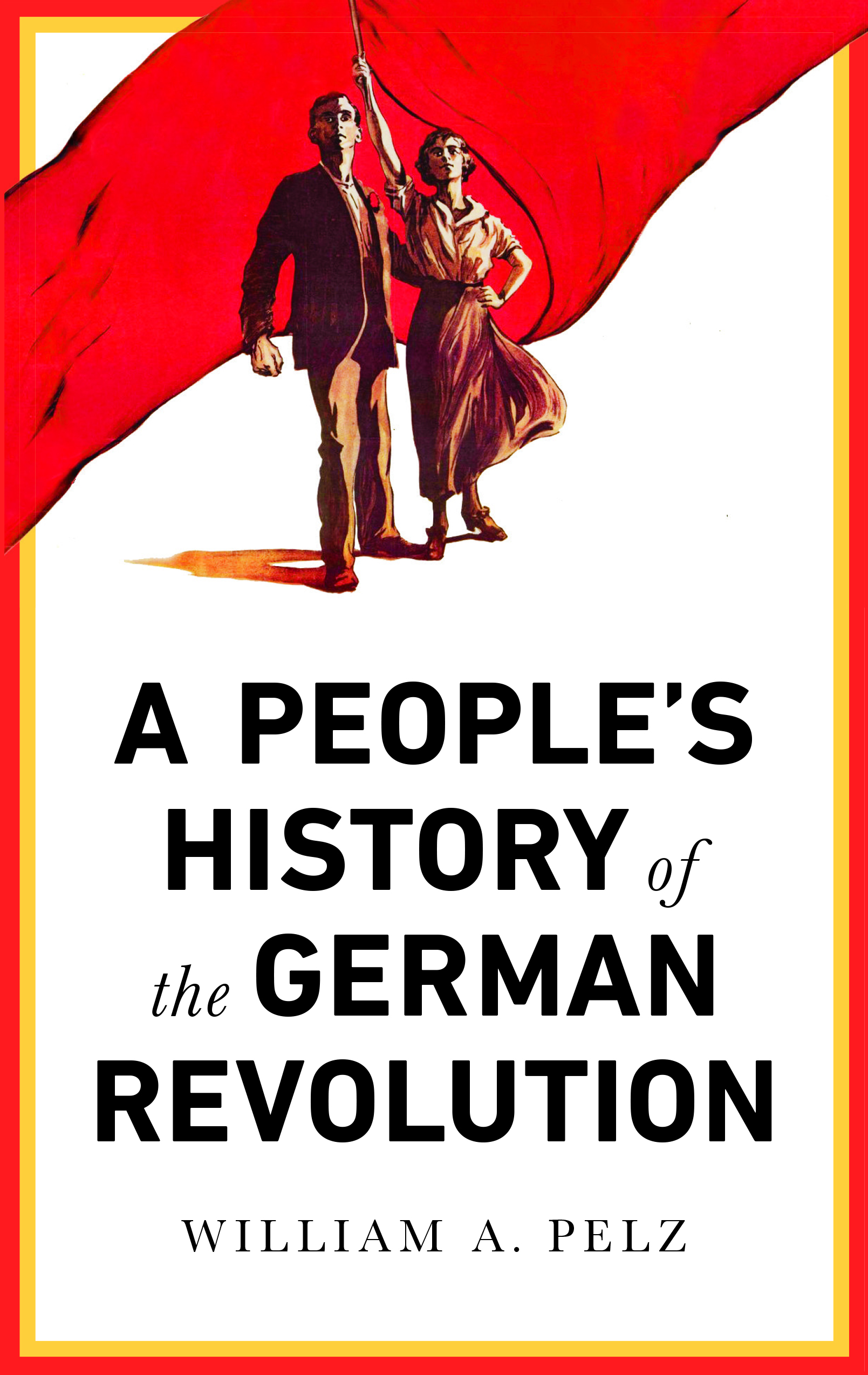 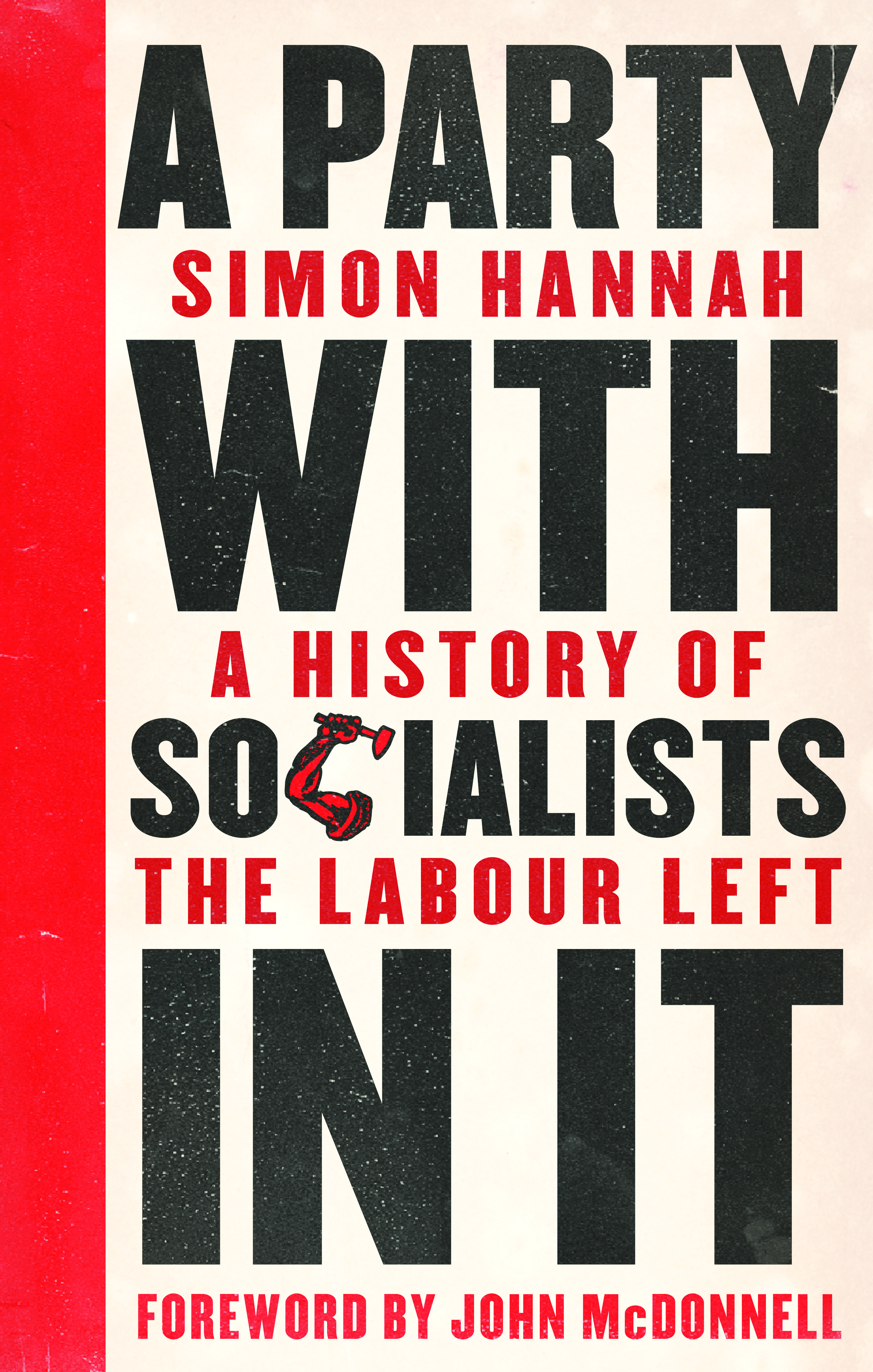 A Party with Socialists in It:

The fate of the Labour Party sits at a cross roads. Is a reconciliation between Corbynites and the New Left possible or will the party continue to fracture along political fault lines? A Party with Socialists in It is a provocative history of the internal dynamics of the Labour Party, forever split between serving the interests of liberals and the working class.

Hannah traces the evolution of the party over a hundred years, reflects on the ability of the party to morph in response to the political climate and fulfil the role of colluder, reformist, and revolutionary. By undertaking this journey Hannah artfully leads us to the very uncomfortable question of whether the Labour Party truly has the best interests of labour at heart. Can it can be relied on to combat the gathering forces of the right?

By Charles Forsdick and Christian Høgsbjerg

Perhaps the most important but least acknowledged revolution in history, the Haitian Revolution is the slave rebellion, led by Toussaint Louverture, that birthed the world’s first independent black republic outside of Africa. In defeating the French, Spain and British colonial forces, Haiti changed the world order. To this day its success serves as an inspiration to black anti-colonial struggles and pan-Africanists.

A homage to CLR James’ masterpiece Black Jacobins, this biography is a powerful exploration of Toussaint Louverture’s radical and revolutionary thought. It situates him in his historical context, in the ‘age of revolutions’, recognising that though the Industrial, French and American are more famous, was the only truly committed to universal emancipation. By exploring his life, we see Louverture as the ultimate revolutionary figure who defined the philosophical, political and cultural tradition of the black Atlantic. 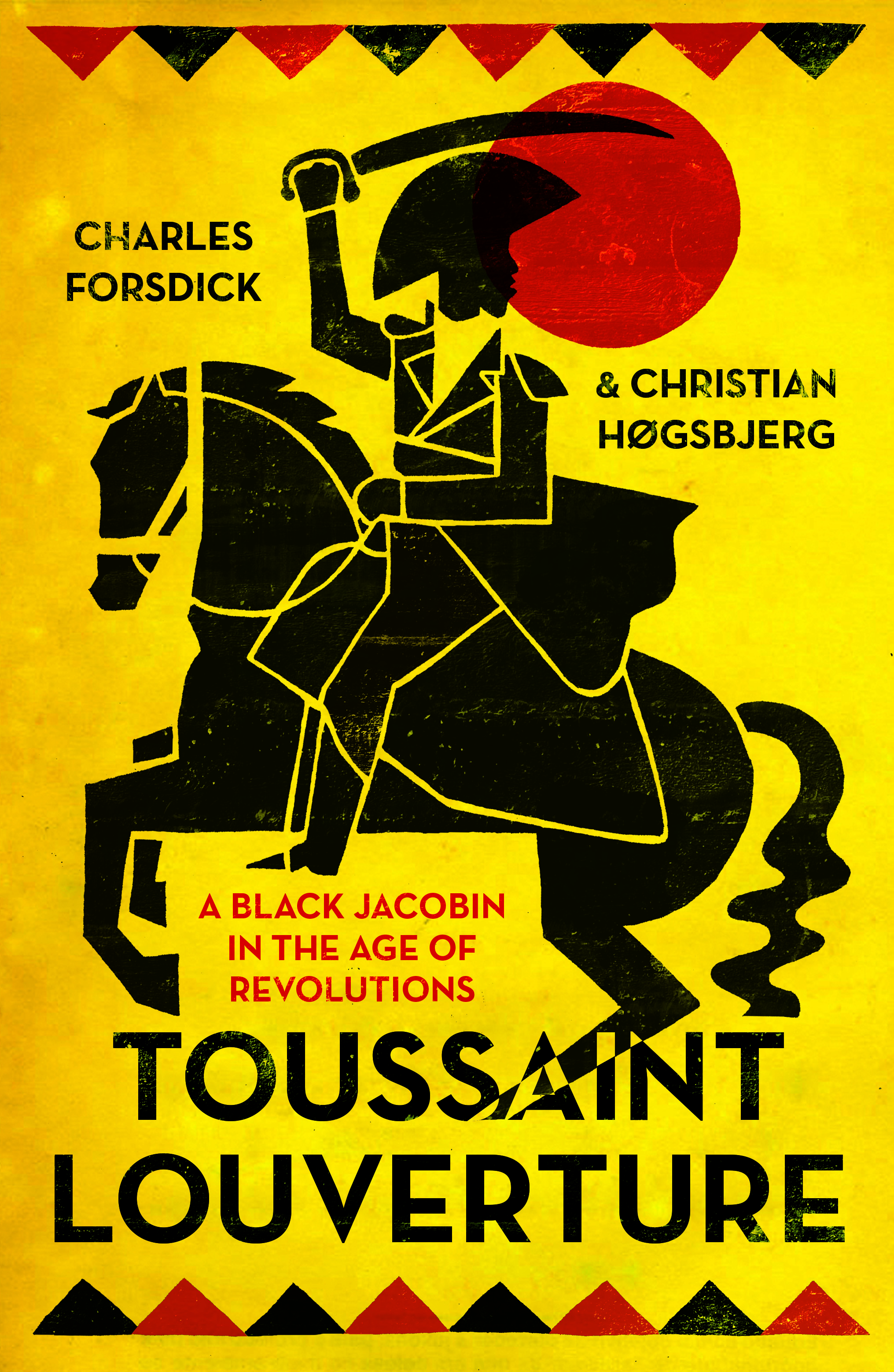 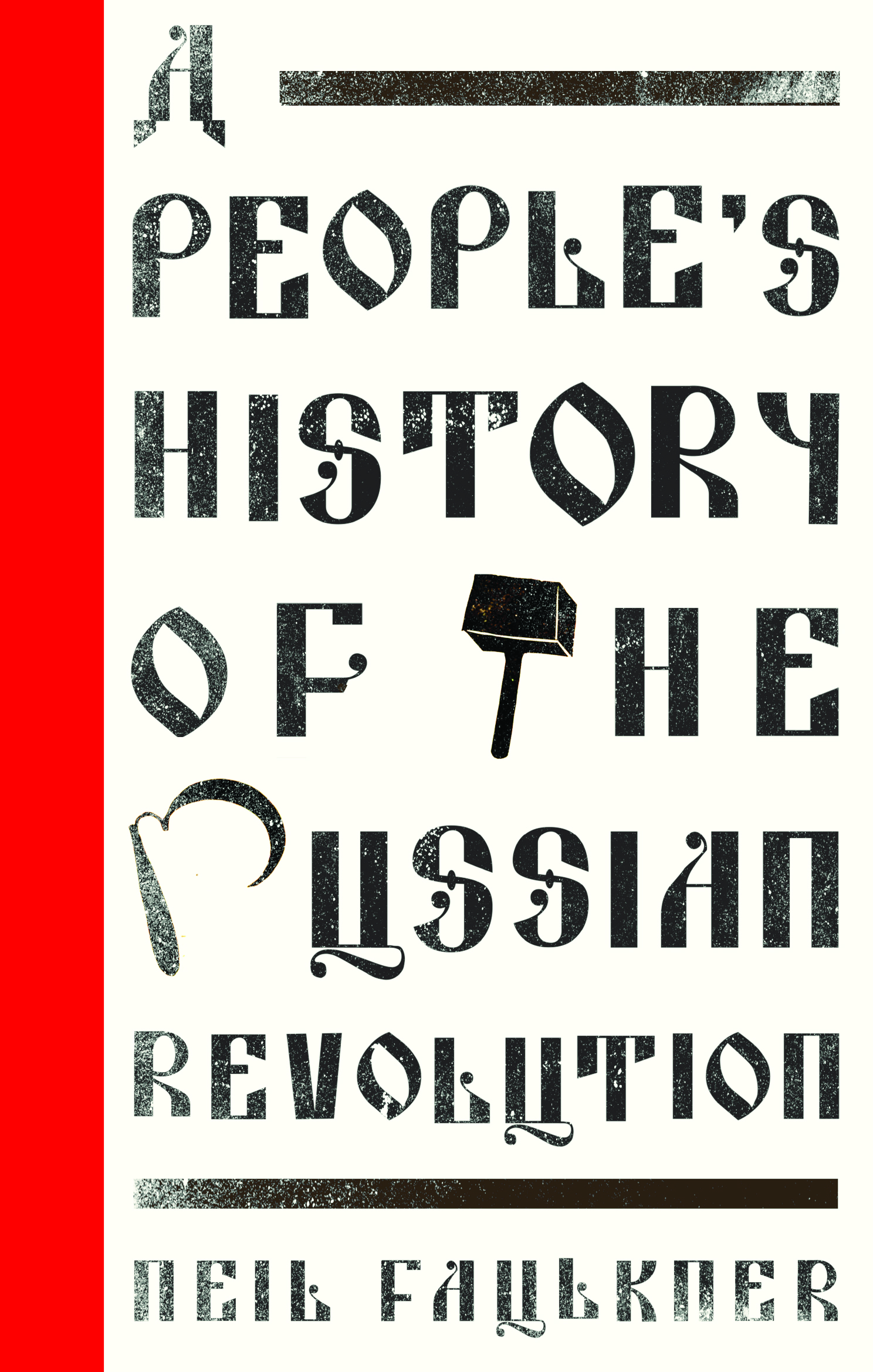 A People’s History of the Russian Revolution

Faulkner’s work takes a position rarely seen these days, a flattering depiction of the Bolshevik Party and Lenin at the time of the October Revolution. It counters the voices of sceptics intent on denying the Russian Revolution its visionary origins.

Unique in its artful use of first-hand accounts A People’s History of the Russian Revolution beautifully and energetically illustrates how a mass movement of millions, organised in democratic assemblies, mobilised for militant action and destroyed a regime of landlords, profiteers and warmongers.

Wobblies of the World:

Unique among unions The Industrial Workers of the World (IWW) is a unlike any other. Driven by the idea of uniting the working class, its members were fondly referred to as the ‘Wobblies’. Founded in 1905 in Chicago, it rapidly gained members across the world thanks to its revolutionary, internationalist outlook. It famously employed powerful organising techniques like direct-action and grassroots democracy, to put power in the hands of workers.

This book is the first to look at the history of the IWW from a perspective other than the United States. It brings to together a collection of essays written by academics working in Australia, Canada, Mexico, South Africa, Sweden and Ireland, which reveal a fascinating story of global anarchism, syndicalism and socialism. 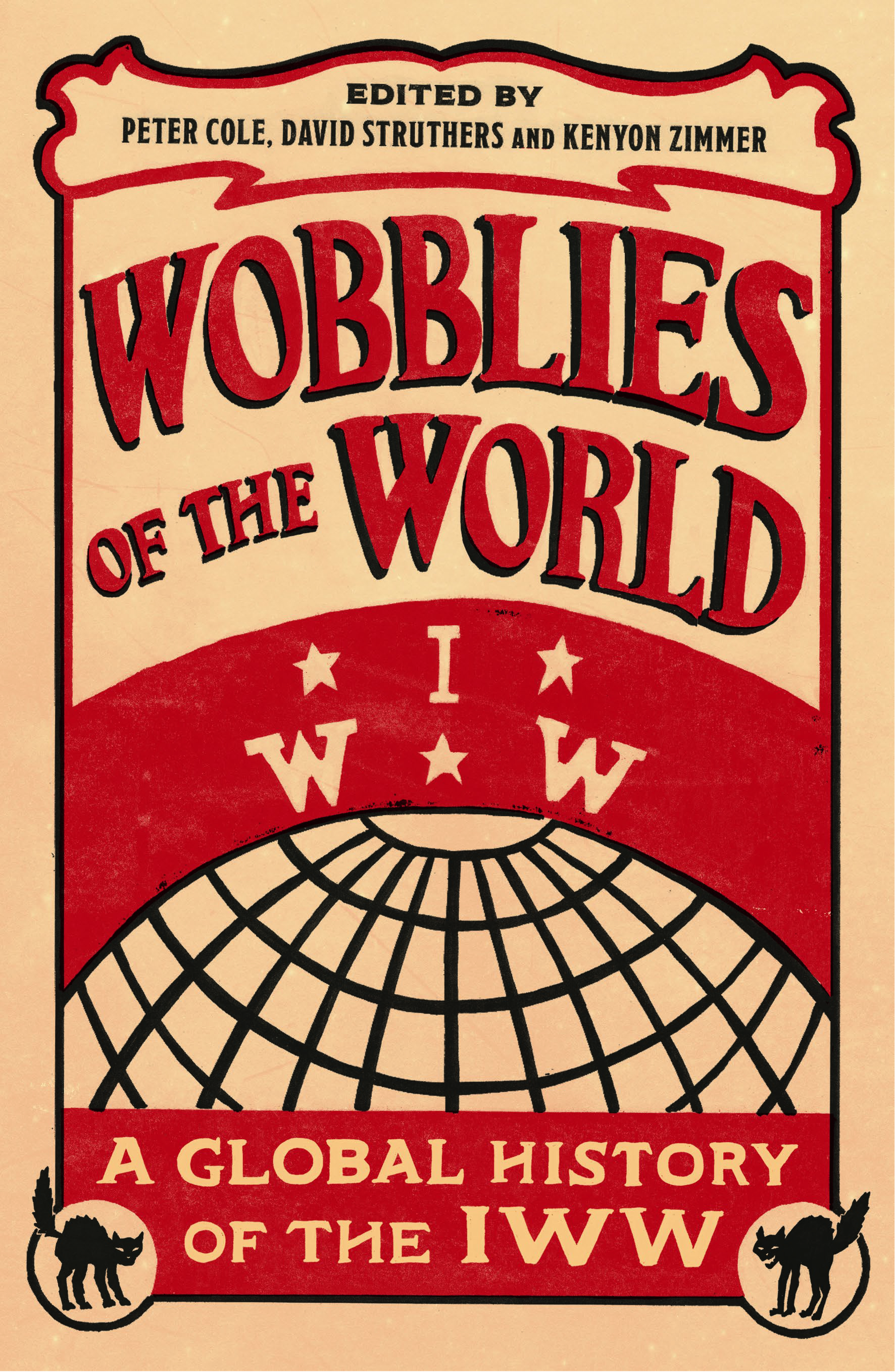 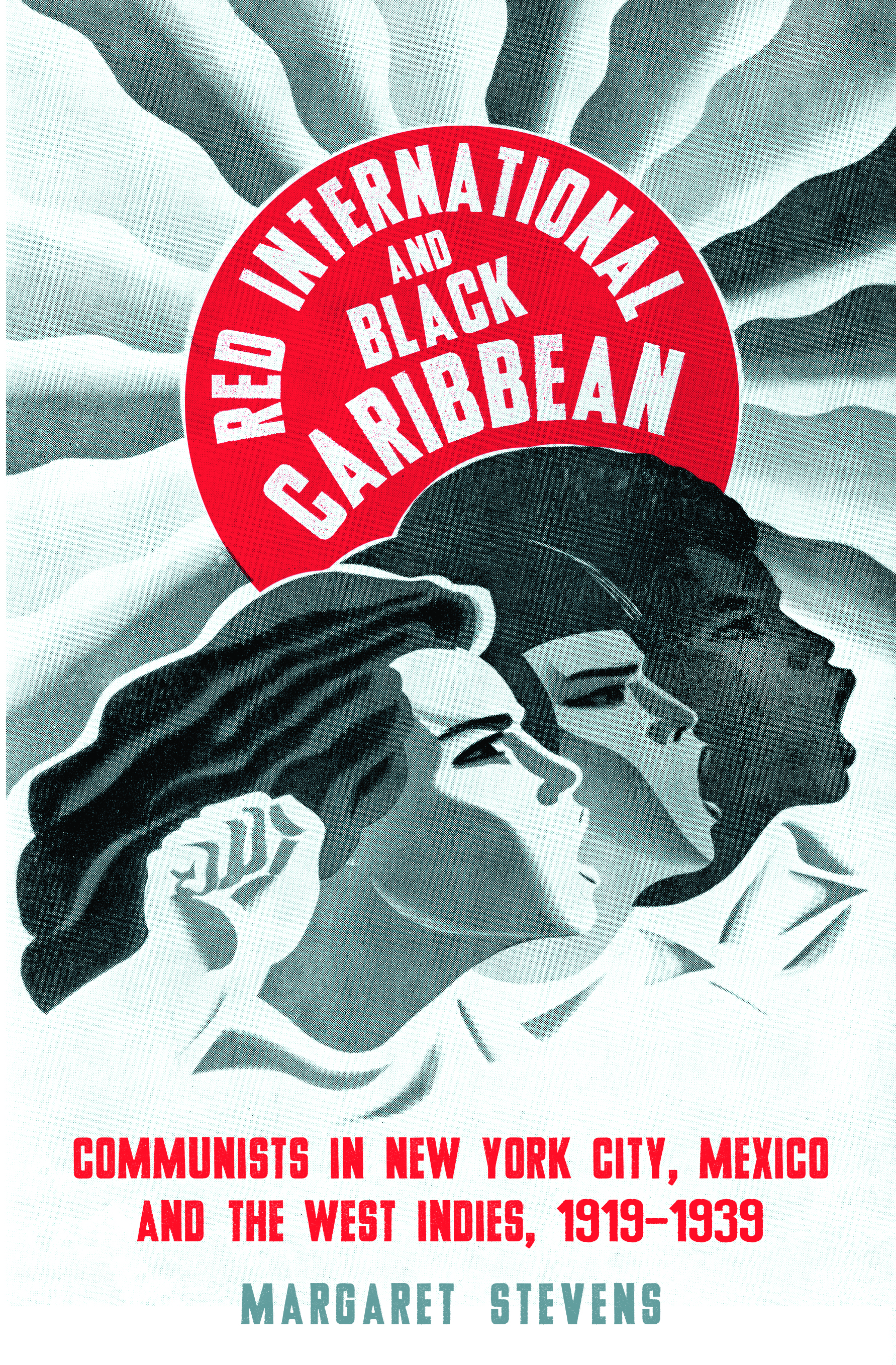 Red International and the Black Caribbean:

The Red International and the Black Caribbean tackles the erasure of black communism from the global stage. Focusing on black radicals in Haiti, Harlem, Cuba, and Mexico working in organisations such as the Anti-Imperialist League, American Negro Labour Congress and Haiti Patriotic League, Stevens conveys the sense of interconnectedness between black communists across the Caribbean.

Not only does this book tackle the hegemony of white communism it also denounces the veneration of ‘great men’ by amplifying the voices and contributions of women, peasants of colour and black labourers. It is a true counternarrative.

Covering two thousand years of history and unearthing a vast reservoir of material dating back to the Roman conquest, Peter Fryer explores the legacy and lives of black people living in early Britain, the consequences of the transatlantic slave trade and the development of British racism.

First published in the 1980s Staying Power was an invaluable addition to the fight against the whitewashing of British history, addressing the violent erasure of Africans, Asians and their descendants from British history since Roman times. It explores how their presence is, and has always, been weaved into the fabric of British society. With a poignant foreword by Paul Gilroy describing the book’s emotional impact and importance for the black British community. 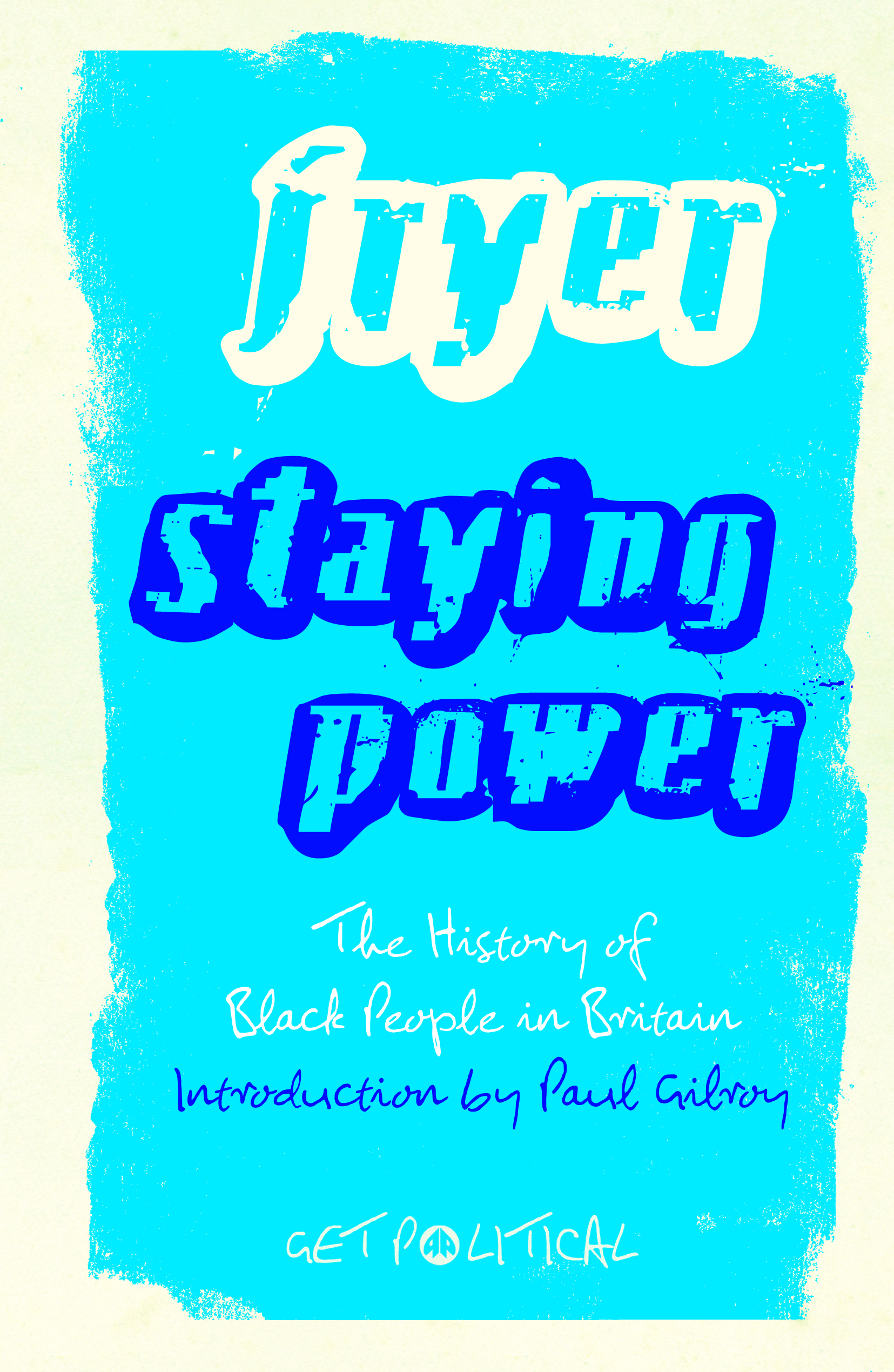 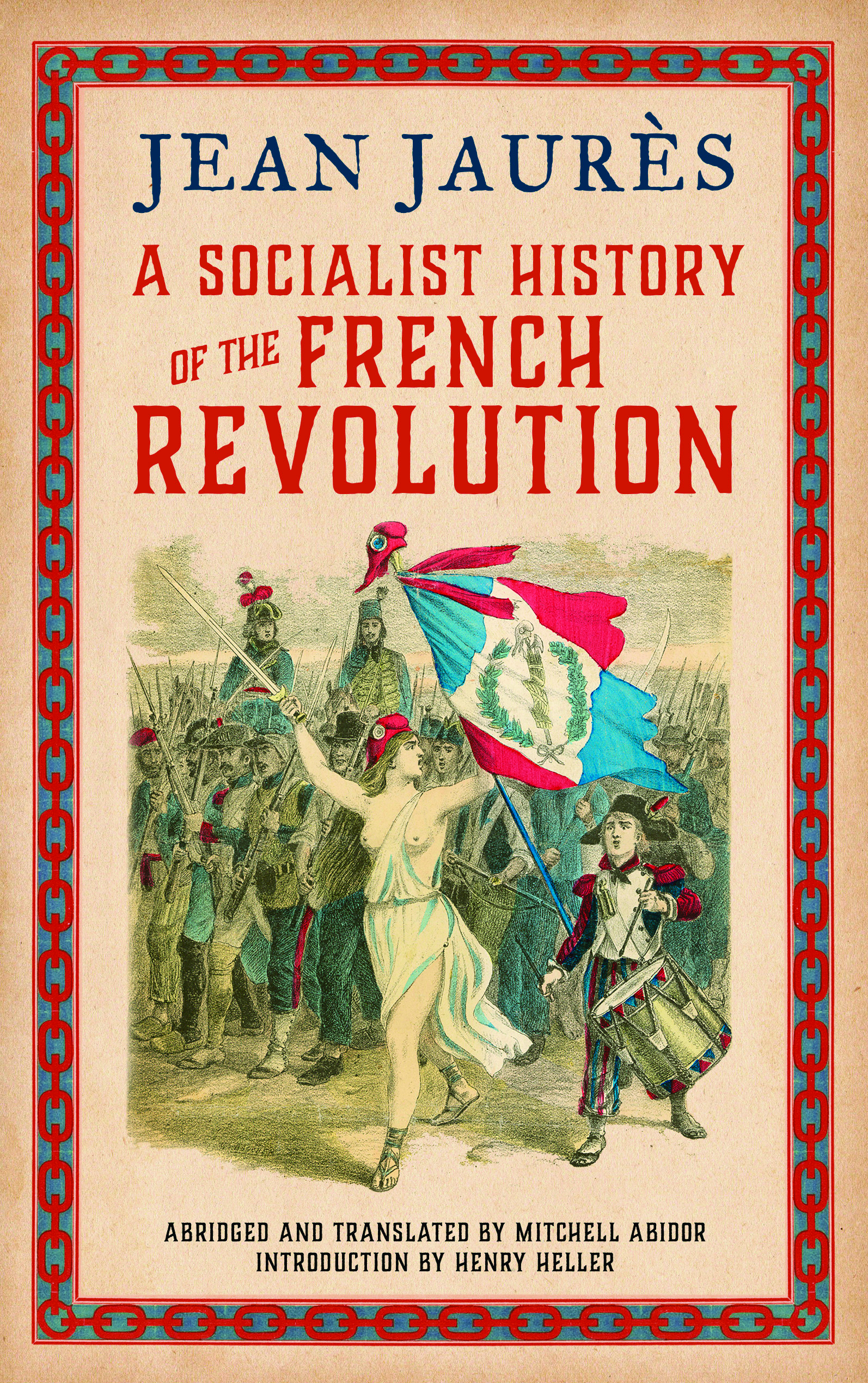 By Jean Jaures and translated by Mitchell Abidor

Famous antimilitarist and revolutionary leader of the French Socialist Party, Jean Jaurès was assassinated on the eve of World War I, but he remains one of the most famous figures and greatest inspirations to the French left. This is his defining work, condensed and translated by Mitchell Abidor this edition brings Jaures’ seminal work to English speaking audiences for the first time.

Written from an activist perspective Jaurès intended the book to serve as both a guide and an inspiration to political activity. Jaurès’ wit, originality and willingness to criticise all players in this great drama make this a truly moving addition to the shelf of great books on the French Revolution.

How the West Came to Rule:

By Alexander Anievas and Kerem Nişancıoğlu

Capitalism is often seen as being birthed in the west, in English textile factories and the European industrial revolution. This book however takes a completely different perspective. Determinedly non-Eurocentric, How the West Came to Rule is an interdisciplinary and international history of the origins of capitalism. It argues that capitalism’s origins lie outside the borders of Europe, that is was non-European societies shaped the course of history. 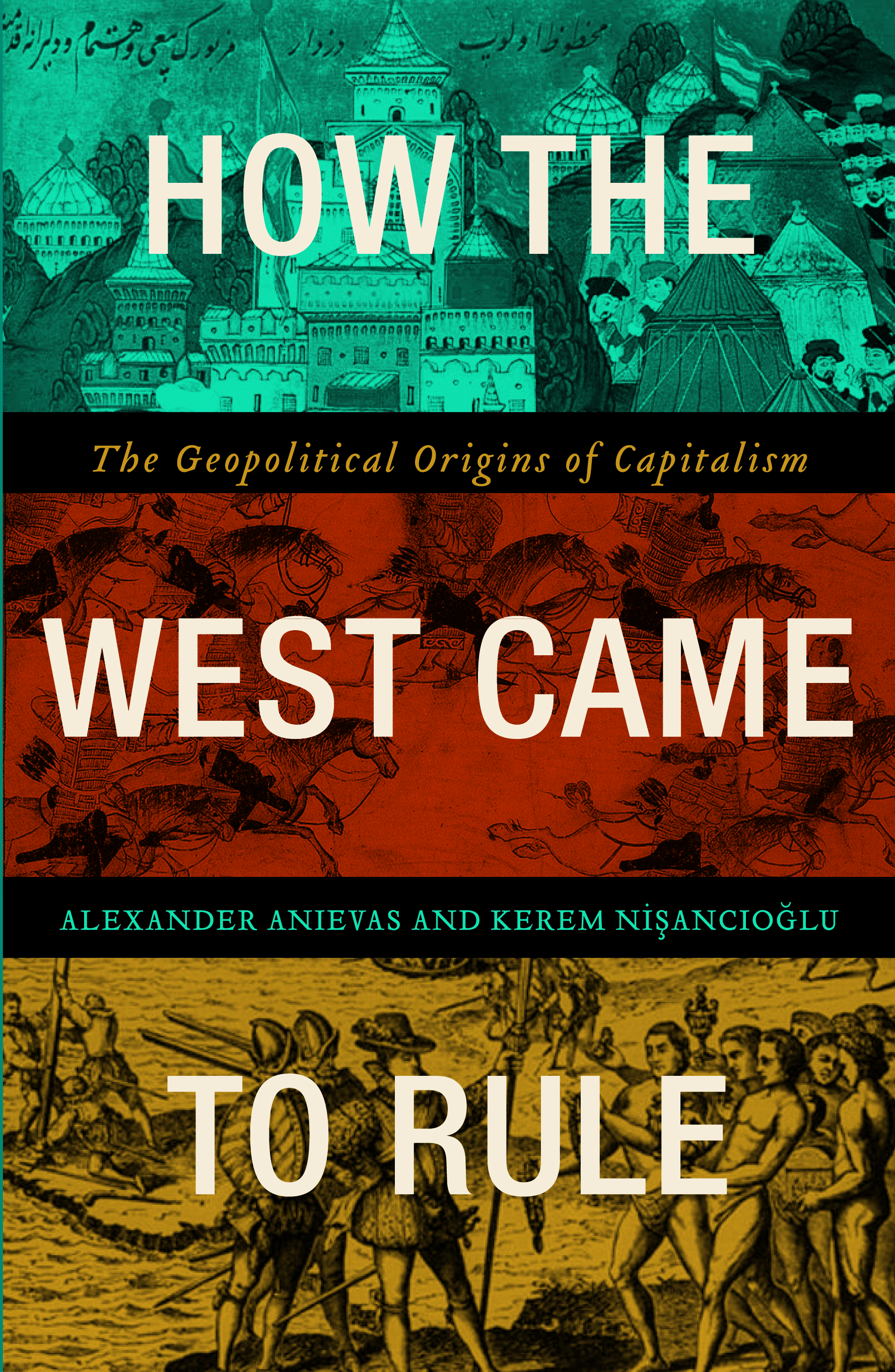