by Elisabeth Schober and Thomas Hylland Eriksen
BUY THE BOOK

Identity Destabilised explores the contradictions, tensions and paradoxes of social identities in a fluctuating neoliberal world. Looking at elitism in Afghanistan, locality, footballs fans and nationalism and nostalgia in an Israeli border towns, this anthropological exercise asks how can an identity be stable if its borders are constantly shifting? This article summarises the aims of the book and emphasises the struggle for an identity in the 21st Century.

Since the fall of 2015, when hundreds of thousands of refugees made their way through what was then becoming known as the “Balkan route”, heading to Germany and beyond, the word “identity” has been used in a nearly inflationary manner by forces of the center- to far-right. Hungarian prime minister Victor Orban saw a threat to Europe’s “Christian identity” in those new arrivals – a sentence that was much hailed by similarly minded actors across the continent, and is just one example that points to something rather important: the return of an extremely virulent form of politics around issues to do with identity. This phenomenon, we believe, ties into a larger process that warrants our attention: the perceived and often real destabilisation of local live-worlds amidst accelerated social change, triggered by an “overheated” form of globalisation. 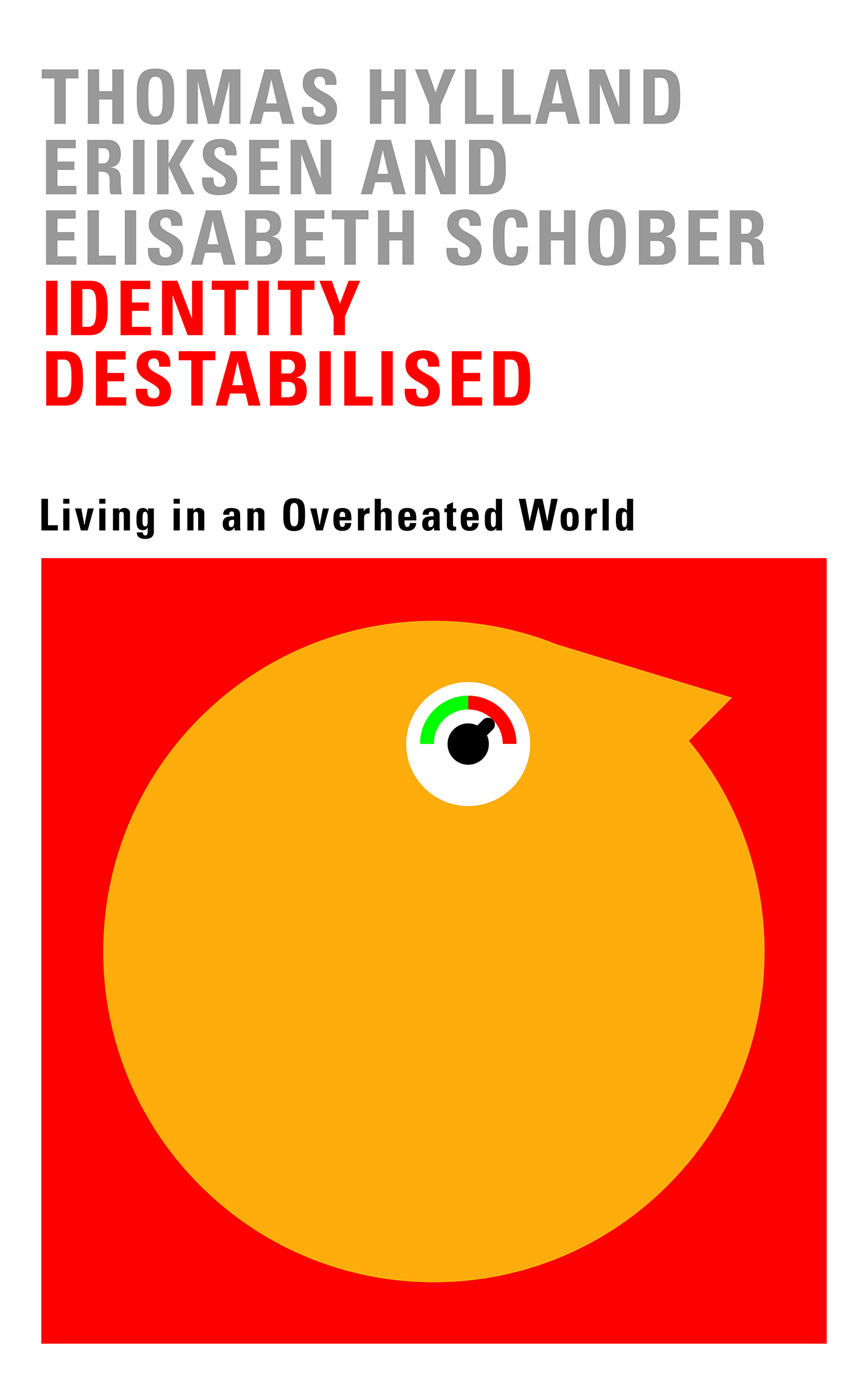 For a while in the 1990s, the concept of identity seemed to be everywhere. It has subsequently faded away somewhat as a keyword in the social sciences, which is to be regretted, since we live in a time when good and focused research on social identification is acutely needed. The need for the term identity is possibly even more pressing today than in the last century, if the high-speed transformations we have witnessed in a number of locations across the globe over the last few years are any indication at all. In a fast changing world with rapidly increasing connectivity and mobility, with mounting environmental challenges, rapid economic transformations and the rise of often virulent nationalisms, forms of belonging to places, groups or communities are being challenged in new ways that social scientists arguably still need to have a language for.

Although it might seem that the intellectual energy of the concept of identity was spent after the turn of the millennium, it cannot be denied that people in otherwise very different societies continue to raise strikingly similar questions about who they are and what this entails. In rapidly changing surroundings, the answers are fraught with controversy, often pitting ambivalence and doubt against withdrawal and the reassertion of boundaries. This book represents an approach to identity which aims to take previous research a step further. Shifting, multiple, contested and unstable social identities that hold out a promise as the basis of a meaningful sense of belonging will be at the centre – identities which we view through a particular lens, namely that of accelerated change. It is as if modernity shifted into a higher gear towards the end of the twentieth century. Phenomena that led to rapid changes in the postwar decades – migration, urbanisation, tourism, communication technology – are changing even faster in the 2010s. Adjusting to new circumstances is therefore necessary, and several options are available. To use Alfred Hirschman’s famous tripartite classification of strategies in organisations:

should they opt for exit (withdrawal into the secure and safe), voice (resistance and protest) or loyalty (adapting to the powers that be)? Or perhaps a pragmatic blend of the three? And how can a world that has been ripped apart, whether because of industrial development, migration or the expansion of finance capital, be patched together again so that it appears meaningful and secure? How can continuity with the past be created in a convincing way when change is taking place at enormous speed? And in what ways do global crises influence forms of belonging and the sense of self? That is what this book is about.

Seen from a bird’s-eye perspective, it is difficult to deny that the early twenty-first century appears to be an unusually hectic and restless period in the history of humanity. There seems to be rapid change everywhere. Ranging from foreign direct investment and the number of internet connections to global energy use, urbanisation in the global south and increased migration rates, rapid transformations are having impacts on social life in many ways, and have in some respects visibly stepped up their pace only since the 1990s. Dramatic alterations to the environment, economic transformations and social rearrangements are the order of the day in so many parts of the world, and in so many areas, that it may not be an exaggeration to speak of the global situation as being overheated.

Overheating may serve as a central metaphor for the current phase of globalisation. The term calls attention to both accelerated change and the tensions, conflicts and frictions it engenders, as well as – implicitly – signalling the need to examine, through dialectical negation, deceleration or cooling down. Generally speaking, when things are suddenly brought into motion, they create friction; when things rub against each other, heat is generated at the interstices. Heat, for those who have been caught unawares by it, may result in torridness and apathy, but it may also trigger a number of other transformations, the trajectories of which may not be clear at the outset. When water is brought to boiling point, for instance, it actually changes into a different substance. In a similar fashion, we arguably find ourselves at a ‘systemic edge’ these days, to borrow Saskia Sassen’s phrase from her recent book Expulsions, as economic, social and cultural forms of globalisation are expanding into ever new territories, often changing the very fundamentals of customary life for those who find themselves subject to the whirlwinds of change. These processes are not unilaterally negative or positive for those affected by them, since what may be perceived as a crisis by some could very well represent positive opportunities to others, and the potential for spontaneous transformative moments is always present. Even climate change is sometimes welcomed, for example in cold regions where agriculture becomes feasible, or in the far north, where the melting of the Arctic ice creates exciting opportunities for oil companies and may lead to the opening of new shipping routes. Overheating consists of a series of unintended, and interrelated, consequences triggered by global neoliberal deregulation, technological developments rendering communication instantaneous and transportation inexpensive, increased energy consumption and a consumerist ethos animating the desires of a growing world population.

Changes in economic, social and environmental circumstances are often perceived locally as being exogenous, in the sense that large segments of those societies affected did not initiate the changes themselves; indeed, while some local key actors usually collaborate in bringing about, and benefit from, these changes, a good number of people are generally

left with the feeling that they were not even asked by anybody in power for their opinion. Such rapid changes in the social fabric may affect, challenge or – sometimes – strengthen people’s existing perceptions of themselves, their social belonging, who they are and where they are going. Making social and cultural identities sustainable in a world where change is unpredictable, frequently exogenous and often resulting in unintended consequences can be compared to rebuilding a ship at sea. It requires flexibility and improvisation, or novel forms of boundary-making. Others may discover that they are committed to change in such a way that it is stagnation, rather than change, that challenges their self-understanding, or they may approach the transformations around them with a lack of care and a fundamental sense of indifference.

Some questions people may typically ask in a situation of rapid change are: How can I be the person that I want to be when there is so much change? What is the essence of being me/us? What are the forces threatening our ability to remain who we think we should be? What kind of changes do we embrace, and what kind of changes do we see as a threat? The work of tracing a line connecting the past to the future, via the present, in a compelling and meaningful way, is easy when there is just repetition, but difficult when there is no clear script relating the past to the future, no story of either continuity or development which is persuasive.

Since the early 2000s, the concept of identity, which we seek to bring into conversation with local social reproduction and large-scale change, has become increasingly contested in the social sciences, with Rogers Brubaker and Frederick Cooper arguing, at the turn of the millennium, that the social sciences might actually be better off without identity as part of its analytical toolbox. At the same time, the everyday, emic usage of identity as a category of practice, an existential discourse, a feature of commercial life and an important, sometimes virulent form of politics, has spread to such an extent that ‘identity’ has reached near universal currency in the way social relations are made sense of in the world: from Peru to the Philippines, from Norway to Montenegro, the tendency is for people to decipher their collective plights, fortunes and futures through the lens of

social identity. Since it is obvious that we need to retain a concept for the analysis of these significant phenomena related to people’s collective views about themselves and others, we shall argue for an understanding of the term inspired by Reinhard Koselleck’s conceptual history approach. If identity is one of the key Grundbegriffe (basic concepts) of our times, then its very contestedness, ambiguity and historically shifting meaning attest to the fundamental role it continues to play in people’s understandings of themselves. Through his meticulous tracing of concepts through their historical transformations, Koselleck showed that basic concepts are inherently contradictory and multi-layered, and that they acquire new meanings, particularly during tumultuous times. This understanding of Grundbegriffe is supremely compatible with the way in which conceptualisations of identity twist and turn in the present era.

As the foregoing shows, we take a broad view of identity in this book, delineating it as social belonging and reflexive ‘we-hood’; it is personal, but invariably has a collective dimension, it allows people to connect the past with the present, to make sense of continuities and changes, to negotiate their connections to place, and there are no a priori assumptions about the primacy of such things as ethnic, national, gendered or religious identities over other criteria of belonging. It shifts between being an emic and an analytical concept. To many people, pressing existential questions are likely to be the crucial ones, but analysis reveals underlying structural, collective and systemic aspects which trigger responses at the personal level. The authors of this book do not take groupness for granted, but explore, through their case studies, how groups are being shaped and contested, how boundaries are established or destabilised in the interplay between exogenous and endogenous forces. During times of accelerated change, boundaries around groups may not merely be fluid; they may actually become moving targets that people seek to catch up with. Cohesion, built around a shared identity, may come in various forms and degrees, and it shifts and has to be readjusted.

Elisabeth Schober is a Postdoctoral Fellow at the Department of Social Anthropology at the University of Oslo, where she is affiliated with the ‘Overheating’ project. She is also the author of Base Encounters: The US Armed Forces in South Korea (Pluto Press, 2016).

Identity Destabilised: Living in an Overheated World is available from Pluto Press.