by Michael Sawyer
BUY THE BOOK

It is more than unfortunate that coinciding with the publication of Black Minded: The Political Philosophy of Malcolm X in March this year, the nation whose devastating relationship to racialized violence found itself in the grips of a global pandemic that disproportionately kills Black people in the same way that police violence disproportionately kills Black people. In writing a book that reflects on the political thought of a figure like Malcolm X, one inevitably grapples with a question formulated in various ways but amounting to something like: ‘If Malcolm were alive today, what would he think about [fill in the blank]’. No one can answer that for sure, even after acknowledging the fact that on May 19th Malcolm X would have been 95 years old. It is not outside of the realms of possibility that he could have been alive to see what social media has done to the problem that preoccupied him as urgently as any other: police violence.

I mark social media here not just to underscore the manner in which the medium has allowed people to be surprised that what Black people have been saying since roughly 1619 is actually true, but to illustrate the insult embedded in that revelation. This amounts to a paradoxical SLAP! – without video evidence Black people are assumed to be lying. With the commensurate backhand on the follow through: SLAP! White people ask ‘Now that I’ve seen the video and have been persuaded of the fact of Black people as ontological liars what can I do to help?’ as if no one knew all along one thing was certain: you didn’t want to be Black and encounter the police.

I say police, but really mean ‘policing’. Through writing the book, I glimpsed Malcolm X’s complexity of thinking on this issue exemplified by his assertion in May 1964 during his speech ‘The Harlem Hate Gang Scare’: ‘[i]f we are going to talk about police brutality, it’s because police brutality exists. Why does it exist? Because our people in this particular society live in a police state … That’s what it is, that’s what Harlem is’. Looking back at this quote as we watch the illusion of 21st century ‘civilization’ unravel under the pressure of the viruses ‘Corona’ and ‘Policing’, this is a more elaborate formulation than it first seems. Looking closely, he carefully resituates the causal element of police violence – not because of brutality as a form of state coercion, but as the threshold condition of a police state. And that brings me to Central Park, blocks away from Malcolm’s Harlem and light years from the reality of his time, where uptown was not dissimilar to the space around the bend in the river that preoccupied Joseph Conrad, as well as the raw material for the conversion of the ghetto into a modern gentrified space.

I’m thinking first of Amy Cooper and her Cocker Spaniel on May 25th when she encounters Christian Cooper and, enraged by the fact that she had been chastised by a Black man, calls the police and shrieks, ‘I’m going to tell them there is an African-American man threatening my life’ – pronouncing what she believed to be a death sentence for the intrepid bird watcher. In the same speech four days short of exactly 56 years from the moment he gave it, Malcolm X elucidated the knowledge that Amy Cooper was eager to employ to kill Christian Cooper: ‘[o]nce the police have convinced the white public that the ‘so-called’ Negro community is a criminal element they can go in and question, brutalize, murder, unarmed innocent Negroes and the white population is gullible enough to back them up.’ In the instance before us, Amy Cooper, like some forward scout caught behind enemy lines in a war zone, calls in an air strike to rid herself of the enemy: the Black man. It is only because the ‘othered’ Cooper filmed the interaction that the police aren’t holding press conferences with Amy and her wonder dog regarding the unfortunate death of the Harvard educated Black bird-watcher who slipped his leash and attacked a white woman, and had to be killed. Case closed.

We are now in Louisville. Far from Harlem, Central Park and white woman as wannabe executioners, at the home of Breona Taylor who was greeted with a hail of gunfire from police officers conducting a no-knock raid at the wrong house while looking for two men who were already in the custody of that same police department. This is down the rabbit hole stuff; to be murdered in your home which was the wrong house, by people looking to arrest the already arrested. But it is all too common in America, and for Taylor and her partner, in the police state in which they tried to live.

And then there is George Floyd, who had the life slowly and methodically extracted from his body by four police officers who had no idea that murdering a man in broad daylight in the middle of a city street might get them in trouble. And they had every reason to believe that the disorienting effect of the coercively destabilized balance of duties and rights would allow them to go about their business, and tell their cop buddies over whatever alcoholic beverages they refresh themselves with after a day of conducting terrorism about the day they killed a nigger like it was Mississippi instead of Minnesota and 1820 instead of 2020.

And then there is the ‘or else’. In the penultimate chapter of Black Minded I explore Malcolm’s vision of revolution and write thinking with and through him, ‘…Malcolm X has been, reductively, understood to be a proponent of the employment of violence as the inevitable stage in any practical political project.’ It isn’t that simple because the problem isn’t that simple. Malcolm would understand this spasmodic rage at the structures of power as the equal and opposite response to the attempted murder of bird-watchers, Black women shot to death minding their own business in their homes, and the life stomped out of a man as cavalierly as one might exterminate a pest. Malcolm was known then as the angriest man in America, as if it was not the only way for him to be. It is clear to me that nothing has happened in the years since his assassination that would calm that fire. Malcolm X is far behind us in some ways but in others we are struggling to catch up.

Michael Sawyer is assistant professor of Race, Ethnicity, and Migration Studies in the Department of English at Colorado College. He is the author of Black Minded: The Political Philosophy of Malcolm X (Pluto, 2020), and An Africana Philosophy of Temporality (Palgrave Press, 2018).

Black Minded is part of the Black Critique book series.

Selected books by our BAME authors, including Black Minded, are available at half price until the 21st June. 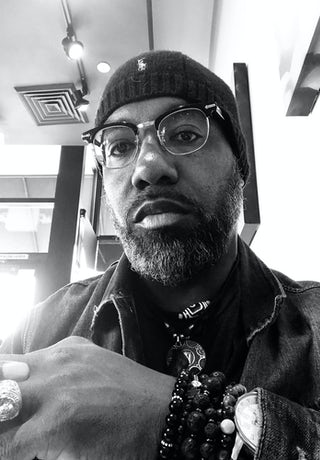