by Tim Dean
BUY THE BOOK

Revolutionary queer theorist Mario Mieli is the author of one of the most important works ever to address the relationship between homosexuality, homophobia and capitalism. In this blog, Tim Dean considers the relevance of the self-described ‘crazy queen’ for queer politics today.

Mario Mieli’s groundbreaking book of queer theory, Towards a Gay Communism: Elements of a Homosexual Critique, is available to pre-order from Pluto Press.

Rereading Mario Mieli today, I am catapulted back to the time when I first encountered his manifesto, published then in an abridged version under the title Homosexuality and Liberation by London’s Gay Men’s Press in 1980. I read Mieli alongside other works of gay liberation, psychoanalytic theory, and feminism during those heady days of university in the late eighties. AIDS cast a shadow, but not dark enough to obscure the radical ideas that were expanding the consciousness – if not completely blowing the mind – of this first-generation college student from the provinces. Mieli’s book wasn’t part of any syllabus; there were no gay studies or queer theory courses at universities in those days – though there would be soon. We were gearing up to invent queer theory, and Mieli offered a template for how it might be done. Yet because queer theory turned out to be ‘Made in America,’ its European history was largely erased. Reconsidering Towards a Gay Communism now, in this unabridged English translation, provides an opportunity to rewrite the origin myth of queer theory and politics in a more international frame.

Although I was unaware of it then, the world from which Mieli’s book emerged had vanished almost completely by the time I came upon it – and Mieli himself had committed suicide in 1983. The 1980 English edition gave no hint of these changes. Nothing dates Towards a Gay Communism more than its

unavoidable ignorance of AIDS, which initially gained medical notice in 1981 but was not named as such until a year later. The onslaught of the epidemic and the reactionary political climate of the eighties altered gay liberation’s trajectory in ways Mieli couldn’t have predicted or foreseen. In hindsight, the divide between pre- and post-liberation eras of gay existence (conventionally denoted by the date June 1969, when drag queens and others fought back against police persecution at New York’s Stonewall Inn) was matched barely more than a decade later by the chasm that opened between pre- and post-AIDS epochs of gay life. Mieli wrote during that glorious decade of gay liberation, when so much seemed newly possible. His book is a testament to an era that already felt a lifetime away for gay men of my generation, who came of age during the eighties and thus never knew sex without the attendant pressure of mortality. Having no direct memory of sex in the seventies, I remain fascinated by accounts such as Mieli’s that capture those years so ebulliently. Towards a Gay Communism documents a crucial historical moment, at the same time as it offers fresh inspiration for us today.

The most marvellous thing about Mieli is that he really seems to mean open to everyone. Although the HIV/AIDS epidemic cast a pall over the original joie de vivre of such sentences, Mieli’s stance embraces risk even without the spectre of viral transmission. The risks of bodily porousness and radical openness to the other remain, both before and after AIDS. Appreciating the ethics of Mieli’s stance, we should not miss how playfully flirtatious his punctuation is here. The ellipsis that ends the last sentence quoted above – and, in fact, closes the chapter in which this passage appears – issues a provocative invitation: my arse is open to you too, if you’re interested. He leaves the sentence open-ended to signal that his own rear end stays open. His butt offers a welcoming smile to the reader.

This gesture of openness to all comers betokens Mieli’s radically democratic ethos. The socio-erotic economy he envisions under gay communism is about not sexual identity but erotic abundance, a world in which artificial sexual scarcity would be unknown. Based on a liberationist model of queer sexuality, Mieli drastically redefines communism as ‘the rediscovery of bodies and their fundamental communicative function, their polymorphous potential for love’. In this almost Bataille-like communication of material forms, human corporeality enters into egalitarian relations with all worldly beings, including ‘children and new arrivals of every kind, dead bodies, animals, plants, things, flowers, turds . . .’ Again, the sentence ends with ellipses, this time to indicate that the list could continue. And again, the beautiful (flowers) is juxtaposed with the ugly (turds), anticipating the transvaluation that crystallises in Mieli’s announcement, ‘I keep my treasure in my arse.’ 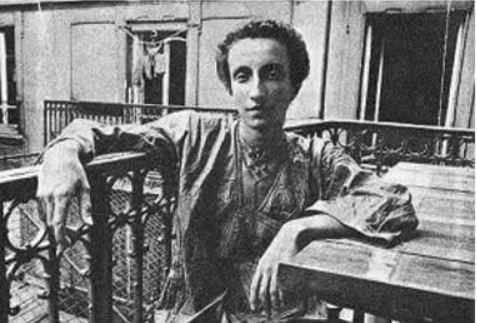 Mieli’s conviction about the potential of Eros goes further than most queer critiques, since he includes paedophilia, necrophilia, and coprophagy in his catalogue of experiences ripe for redemption. Needless to say, this is explosively controversial, more so now than in the 1970s. I find his commitment to thinking beyond the limits of revulsion particularly refreshing today, at a moment when the gay movement has become so domesticated and respectable. For me, Mieli’s courage in pursuing his thesis way beyond socially acceptable parameters recalls Freud’s moral and intellectual bravery on erotic matters. The excitement I feel reading Towards a Gay Communism recalls how I felt when I first read Three Essays on the Theory of Sexuality, especially in its original, 1905 edition. It takes a fundamentally non-American perspective to see what a valuable resource – treasure, even – Freud can be for queer politics.

This accident of publication history also has obscured all the ways that Towards a Gay Communism nevertheless anticipates queer theory. In his thoroughgoing critique of the heterosexual norm, Mieli is closer to Foucault and to many contemporary queer theorists than initially he appears. As a result of his commitment to revolutionary rather than reformist politics, Mieli develops a view of society that prompts him to argue not simply against heterosexism but, more broadly, against the institutions of normality as such. He sees that gay identity itself can serve the forces of normalisation and that something more radical is necessary. Late in his manifesto, Mieli assures straight readers that ‘we are not struggling against you, but only against your ‘normality’.’ Today we would say that the problem is not heterosexuality but heteronormativity. Mieli lacks the term, but he intuits the concept.

Likewise, he takes the term gay beyond the coordinates of identity. Too often today, as queer is used merely as a hipper synonym for gay, queerness gets reduced to an identity marker. If he were writing today, Mieli doubtless would present himself and his perspective as queer. No small part of the force of Towards a Gay Communism stems from its author’s explicit desire not to be normal, his delight in being a ‘crazy queen’, flamboyant and outrageous.

Towards a Gay Communism belongs to a visionary tradition of ecstatic utopianism. Showing familiarity with English literary history, Mieli manifests the revolutionary enthusiasm characteristic of bardic Anglophone poets from William Blake through Walt Whitman and Allen Ginsberg, all of whom articulated connections among non-normative sexuality, madness, and social critique. For Whitman and Ginsberg, as for Mieli, revolution begins with sex between men, preferably more than a couple. These poets’ Dionysian visions of radical democracy don’t provide a blueprint for social reorganisation; instead they offer avant-garde inspiration for it. In a similar vein, Towards a Gay Communism engages our attention not only as a fascinating document of its departed moment, but also as renewable inspiration for our contemporary desire to envision a future that is foreign to today.