May 1968: From the Picketlines to Present

by Mitchell Abidor
BUY THE BOOK

In May of 1968 mass protests shook the world, students demonstrated, workers went on general strike, factories and universities were occupied. At the height of its fervour, these protests brought the entire national economy to a halt. From the iconic images of students throwing homemade grenades, to the oft-copied graphic designs of the protest posters, memories of May ’68 remain deeply embedded in our cultural psyche. But what of its political impact and its lasting impression on those involved?

In his new book, May Made Me: An Oral History of the 1968 Uprising in France, Mitchell Abidor explores the legacy of the uprisings: how those explosive experiences changed both those who took part, and the course of history. In this blog, he explores how those exciting, dangerous, creative and influential days influenced himself and those he spoke to. 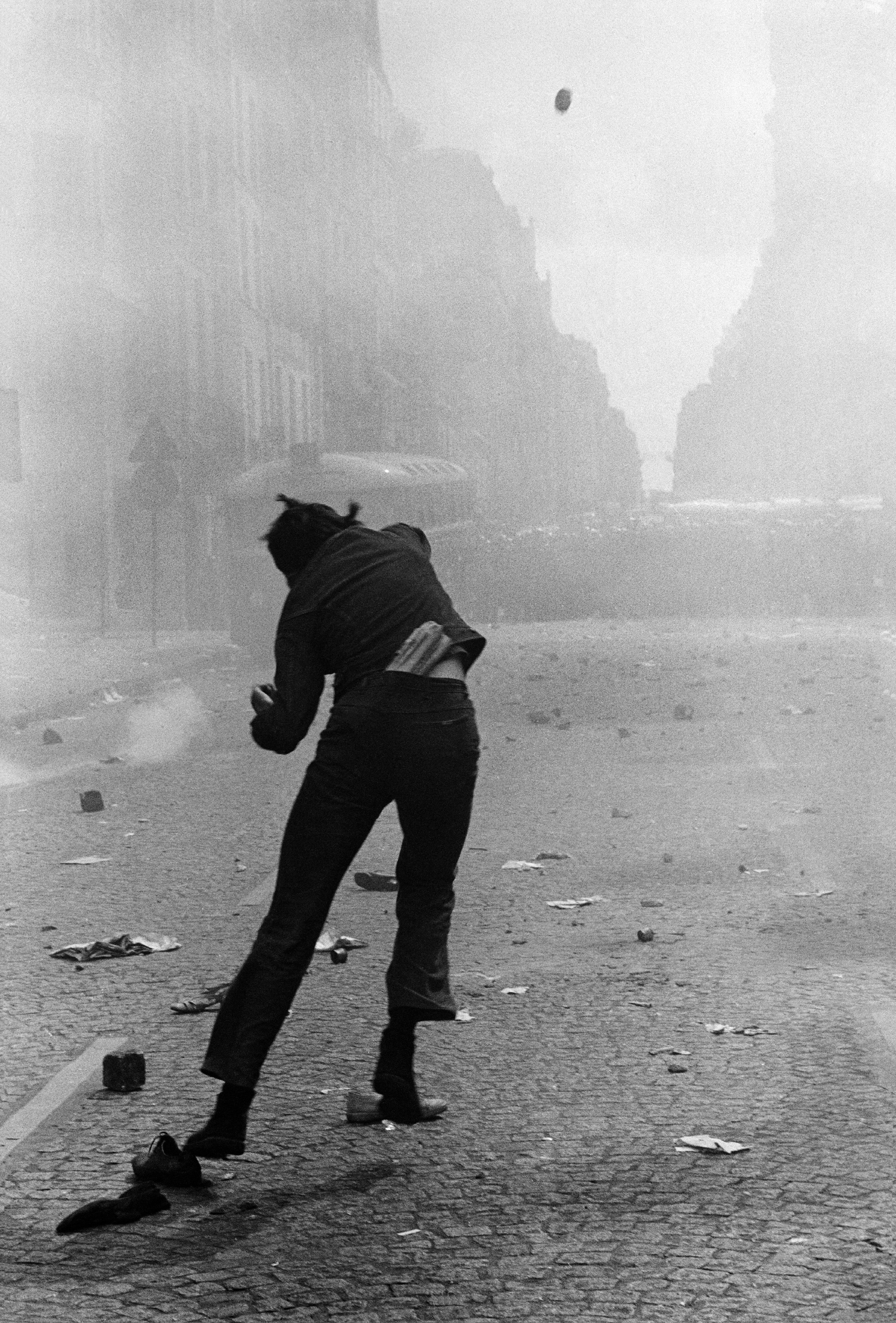 I was sixteen in 1968, a junior in high school and only just feeling my way into politics. In the first few months of the year, the campaign of Eugene McCarthy for the Democratic nomination had shown the strength of the anti-Vietnam War movement, Lyndon B. Johnson had abandoned his run for the presidency, the Tet offensive demonstrated the vulnerability of the US Army, Martin Luther King had been assassinated, Columbia University had been occupied, and then, on 3rd May, then the events in Paris that would lead to the shutdown of virtually every university and school, the occupation of most factories, and a general strike that almost brought the ruling class to its knees.

Fifty years later, I can still remember my excitement at seeing the images of students building barricades, of cars burning on rue Gay-Lussac in the Latin Quarter of Paris. Seeing these events, even if only on TV, established my political path, revealed to me thrilling possibilities, foreign, in more ways than one, to my life in the outer reaches of middle-class Jewish Brooklyn. Like so many of my generation, May ‘68 in France was the great moment of the 60’s, the proof that everything was possible. And it was – we thought, they in France thought – only a beginning.

Half a century has passed since then. A couple of years ago I was in Paris to give a talk sponsored by the educational foundations of the Socialist and Communist Parties at the Ecole Normale Supérieure on my translation of Jean Jaurès’ Socialist History of the French Revolution. My wife and I left the talk with a Communist publisher and, when we reached rue Gay-Lussac, he told us that he had been there on the Night of the Barricades, 10th May, 1968, which had so moved me on TV in May ‘68.

As he spoke, it struck me that in 2018 we’d be as far from May ‘68 as May ‘68 was from the trenches of World War I. I realised that this might be the last significant anniversary when there’d be large numbers of veterans of the events left to discuss their experiences. Then and there I was compelled to write an oral history of May, with the focus not on the leaders, but on rank and file participants all over France.

The result is May Made Me.

I assembled participants from all corners of France, workers and students and intellectuals; Trotskyists and anarchists and Communists; people who had been active for years, and others who became political thanks to May.

All were generous with their time, and I left some interviews with newspapers and books that had been saved since 1968. Only one person I met was no longer active politically, and across the board people spoke to me of how the May-June days were a moment in their lives that had never been duplicated. Their memories of the events were for the most part sharp, but as they spoke it became clearer that how people described the period was intimately connected to their political views. For those ideologically aligned to workerism, I heard that although they participated enthusiastically, they were sceptical that the uprising would lead to a permanent change in structure of French society, since it was students who were in the vanguard. Others expressed a scepticism that they admitted to be post hoc: between 3rd May and mid-June they had thought that this was the end of French society as it existed. It wasn’t only a beginning, as the popular chant went, but the beginning-of-the-end of capitalism. Non-Communists heaped scorn on the Communists and their inhibitory role on the working class. They accused the PCF (Parti communiste français) of controlling the factory occupations, of preventing workers and students from getting together, of taking the general strike down the cul-de-sac of wage demands.

But it was something that Alain Krivine – founder and head of the Trotskyist Jeunesse Communiste Révolutionnaire, and the only leader I spoke to –  said that led me to begin to question the longstanding left-wing critique of May. Krivine spoke jokingly of the twenty ‘token workers’ his party would parade at rallies to show that the working class was with them. And more importantly, he spoke of how at the mass, unitary demos, the workers and the students occupied the same physical space, but politically they were miles apart. Could it be that the PCF read the situation correctly? That except among the students there had never been a real desire to end the old society?

Workers I spoke to in Saint-Nazaire and Nantes and the suburbs of Paris, some of them Communist, some not, led me to believe this might have been the case. And when Guy Texier, a longtime Communist union organizer in Saint-Nazaire, boasted of having kicked students in the ass when they came to the shipyards, and spoke of how they had no need of the assistance of students or Daniel Cohn-Bendit to know what needed to be done I was shocked. But after long reflection I came to believe that Guy just might have been right, or at the very least his point was worth debating: perhaps the Communists knew the workers as they were, not as they would have liked them to be. All of the workers spoke of the wage raises they received as the main benefit of their strike. Unlike the former students, utopian dreams played little part in their accounts.

My main questions were: did May change my interview subjects, and did they think May changed France? All spoke enthusiastically of how May gave rise to the women’s movement, the gay rights movement, prisoner rights… It ‘freed France of the lies of Gaullism’, as Jean-Michel Rabaté, then a student in Bordeaux, now a professor at the University of Pennsylvania, explained to me. It shook the cobwebs from French society and opened previously unglimpsed possibilities. For most this was enough. And none of this is negligible.

But if these were the concrete results, and if the left has never achieved a fraction of its demands, and if what has been accomplished is now being rolled back under Macron, then maybe, just maybe, May ‘68 needs to be reviewed and revised. It was the marvelous mass outburst of our dreams, but it also raises hard questions.

May Made Me is both an image of the hopes of the time and a call for reflection.

Mitchell Abidor is a writer and translator living in Brooklyn, USA. His works include A Socialist History of the French Revolution by Jean Jaurès (Pluto Press, 2015) and Anarchists Never Surrender by Victor Serge (PM Press, 2015).

May Made Me: An Oral History of the 1968 Uprising in France by Mitchell Abidor is available from Pluto Press.