By the workers at Pluto

We’re not supposed to have favourites, but who are we kidding! Here are some of the Pluto books we have most enjoyed reading this year. All these books are currently 50% off in our Holiday Sale. 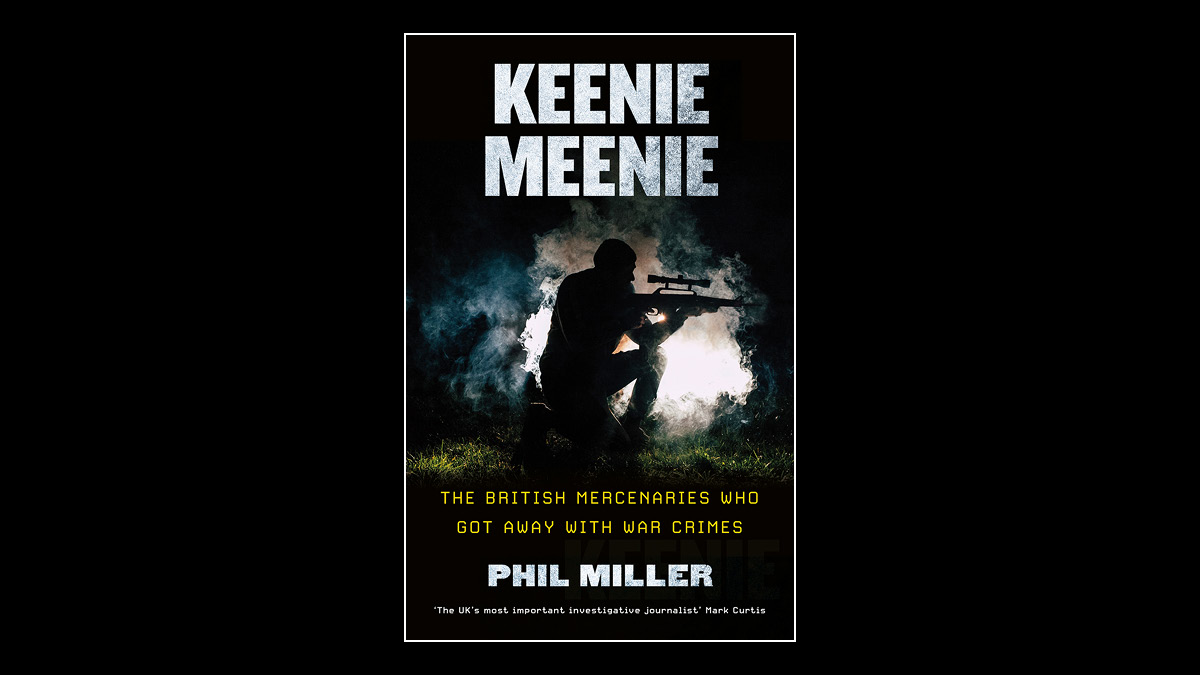 Keenie Meenie: The British Mercenaries Who Got Away With War Crimes

From providing bodyguards to government officials and despots in hotspots, this UK-based company’s role often broadened into training and managing elite forces whose bloody actions turned volatile situations into all-out wars. Miller goes further, his dogged investigation, encountering an array of memorable characters, reveals a whole cache of smoking guns linking the British Government to these dogs of war and their dirty work across continents, despite its best efforts to firewall itself against unsavoury accusations. For a better understanding of the flourishing network of private security companies, including the multinational G4S, and their links to the British state I would highly recommend this hugely informative and highly accessible book.’ 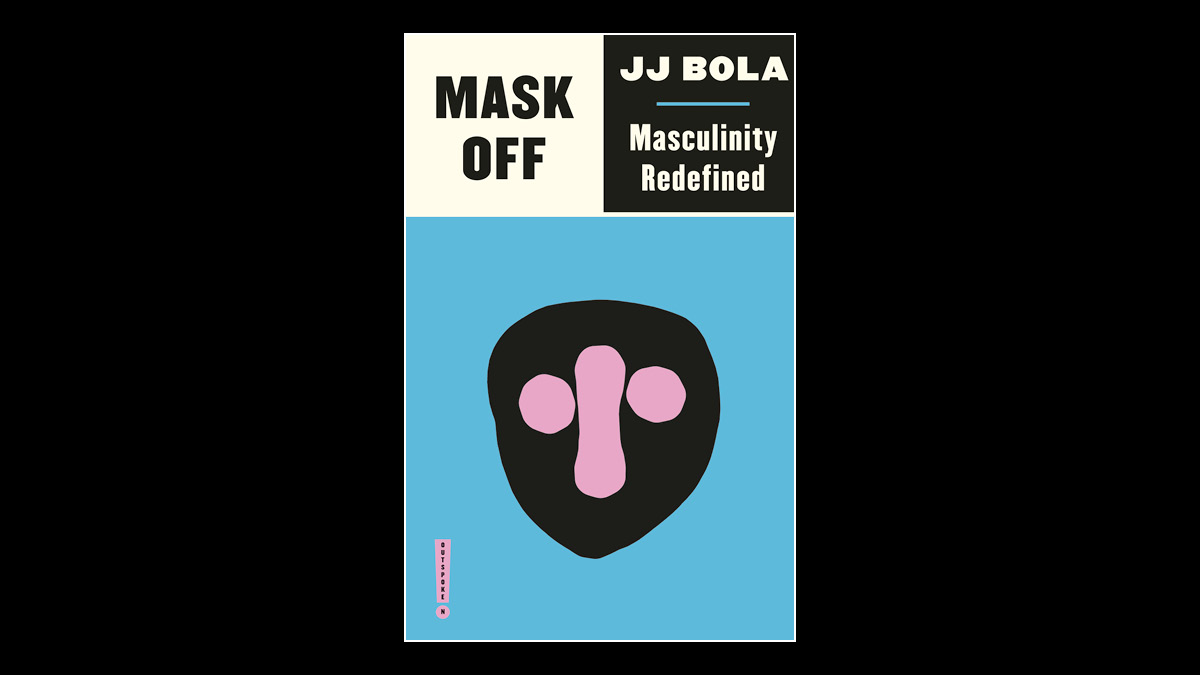 ‘Reading Mask Off reminds me of my own experiences growing up. Like the author I too grew up in North London. Also like the author my family were immigrants, in my case from Sri Lanka in his from the Republic of the Congo. JJ writes with a searingly authentic voice using examples from his formative years – often with a brutal, candid honesty – as he outlines how he came to terms with his own emerging masculinity.

He takes the reader on a whirlwind tour showing masculinity as a performance that manifests in how men approach love and sex and their relationship to aggression and how that relates to mental health. He shows how masculinity is constructed – in the computer games they play, in how they are taught to think of gay men and how it is reinforced on social media and in the world of sport.  Despite the size of the book he manages to set out what can be done to help men remove the mask they have taught to wear to reveal the actual masculine form that lies beneath.

JJ mentions that one of the main motivations in writing this book was that wished he had the chance to read such a book as this when he was growing up and wrestling to make sense of his own masculine identity. I can’t say I would have bought this book if it had been published when I was growing up but if I had read it I certainly would have found it extremely useful in helping me make sense of my own identity. I have given copies to friends who have teenage sons and encouraged them to pass it on to them – but only after they have read it first so they can get a deeper idea of what their son is experiencing.’ 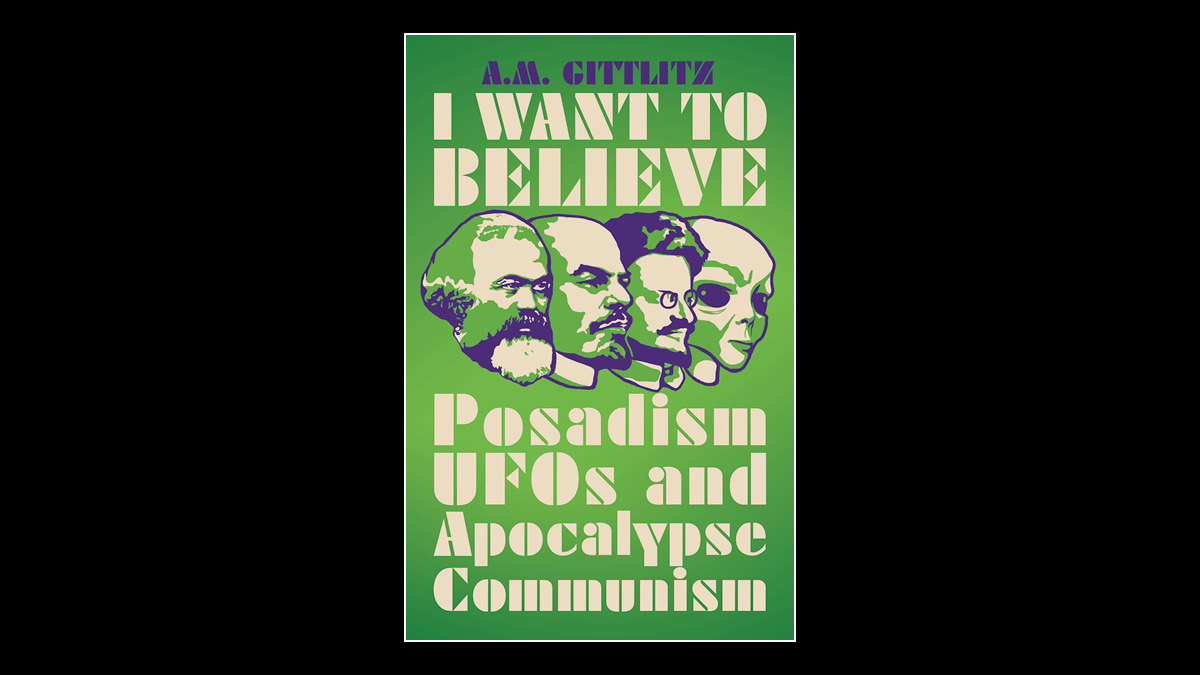 I Want to Believe: Posadism, UFOs and Apocalypse Communism by Andy Gittlitz

‘Growing up as a young revolutionary, the Posadists were only referenced in our history as an aberration: crazy doomsday Trots who were almost swept under the carpet as an embarrassment to the political tradition. This wonderful book by Andy Gittlitz treats them with much more sincerity, while retaining that black political humour that is so necessary to access the incomprehensible twists and turns in their history. Gittlitz clearly cares about his subject – the book is lovingly researched and written. What I appreciate the most however, is the author’s insistence this within the cultish and weird world of ‘apocalypse communism’ lies a kernel of hope – through the Posadists’ deep understanding that history is not over, and the future could still be ours (and the dolphins’).’ 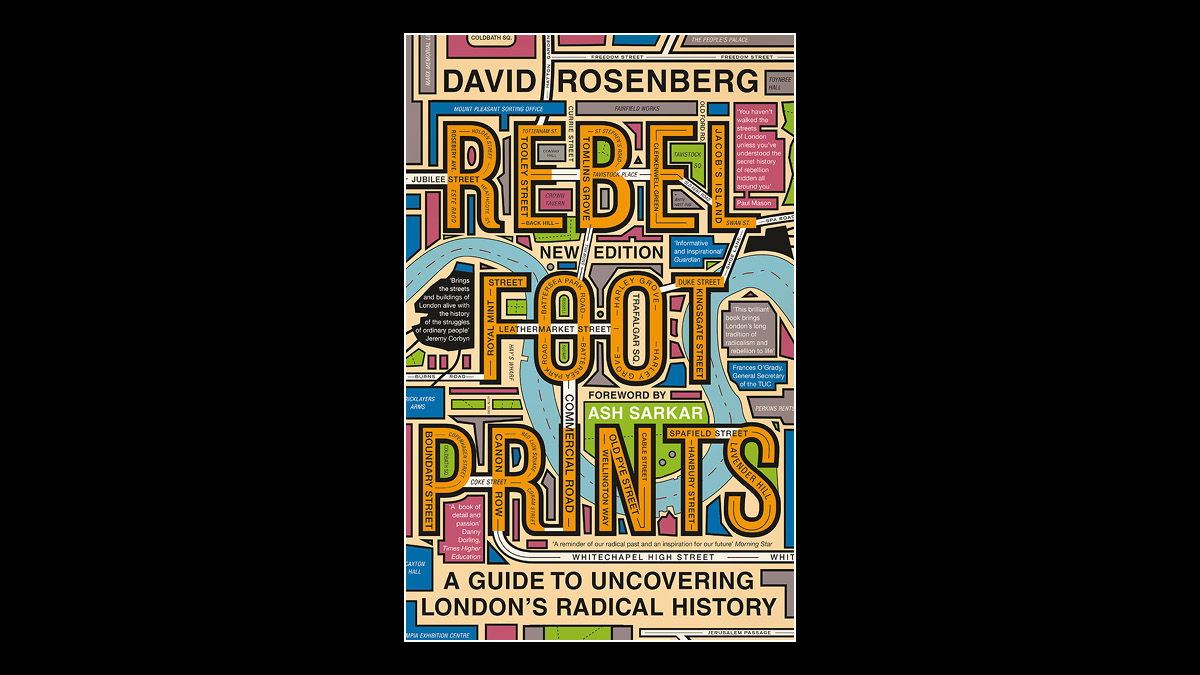 ‘With lockdown restrictions making going out rather difficult, a healthy walk around the nation’s capital is a great way to keep mind and body active. I’ve loved catching up with the revised edition of David Rosenberg’s brilliant guide to the revolutionary figures and political landmarks that make up London’s long history. In a dozen carefully planned walks David takes us round hidden corners from Bloomsbury to the East End to explore some fascinating stories that bring history to life. I loved the tales of heroic suffragettes and brave chartists, and the thought of walking in the footsteps of anti-fascist marchers as they made their way through Bow almost century ago. The hand-drawn maps and step-by-step guides are a great feature of this unique book. This year I haven’t found it so easy to travel into London but this book is still essential reading – there are plenty of great stories and exciting history in the narratives to read up on from the comfort your armchair! Billy Bragg is right in his comment on the back cover that this book reminds us what a strong tradition of dissent there is in London’s history.’ 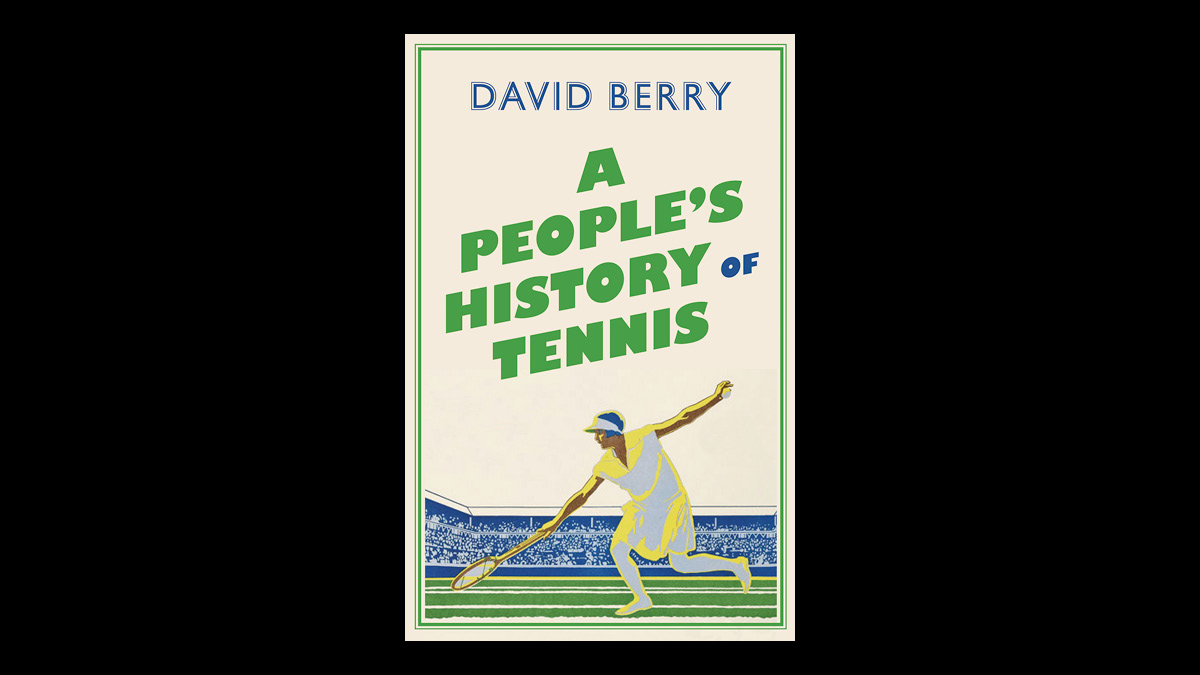 A People’s History of Tennis by David Berry

‘Sports history is underrepresented in Pluto’s publishing, but David Berry’s A People’s History of Tennis would stand out as one of this year’s highlights even if it was a crowded field. Berry’s enthusiasm for his subject is so infectious that even tennis skeptics will be itching to pick up a raquette once they put down the book. The premise is simple: that tennis’s reputation as being stuffy and elitist is undeserved, and that it has a rich, radical history that has largely been ignored or forgotten. In arguing his case, Berry introduces the reader to the sport’s 19th century feminist pioneers, the Workers’ Wimbledon tournaments of the 1930s and ‘40s, its LGBTQ+ trailblazers and amateurs and international stars alike.

For me, the early history of the game is the book’s real highlight: how it emerged alongside football, golf and cricket in a rapidly industrialising 19th Britain, and spread rapidly across the globe along the conduits of Empire; how it created a space for both a more flamboyant, playful masculinity, and for women who rejected the prevailing notion that their primary roles should be those of wives and mothers. A People’s History of Tennis is a fascinating work of social and cultural history, and proof at last that tennis is socialist after all!’ 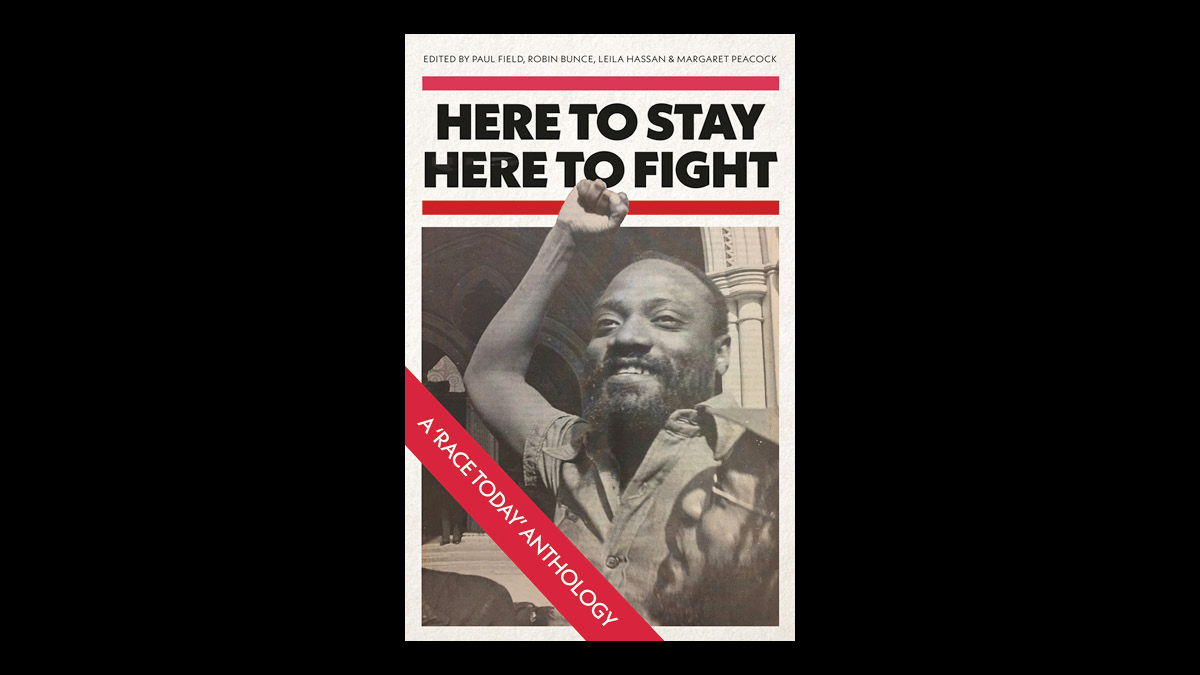 ‘This is an edited anthology of articles and essays published by the Race Today Collective, which ran from 1974-88. Its range of contributors includes CLR James, Linton Kwesi Johnson, Gerry Adams, Walter Rodney and of course, Darcus Howe, its editor and figurehead. It details industrial disputes, rampant police brutality but also the grassroots campaigning, serious critical analysis, speeches and the more mundane, day-to-day lives of women and men navigating the harsh realities of Britain in the seventies and eighties – poverty, criminalisation, racist stigmatisation. This collection, far from a historical document, is an urgent and necessary call-to-arms for the collective present.’ 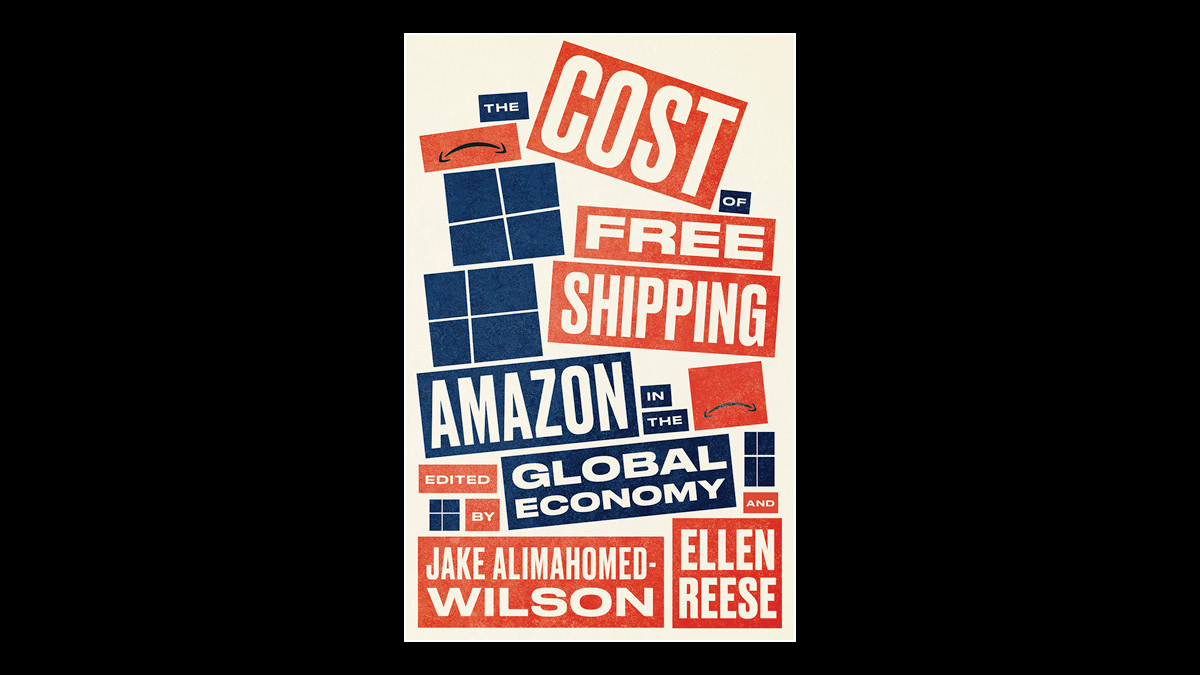 The Cost of Free Shipping: Amazon in the Global Economy, edited by Jake Alimahomed-Wilson, Ellen Reese

‘On Black Friday a new indus­tri­al alliance was born as Amazon workers in 15 countries staged a series of coordinated actions demanding better pay, sick leave and union recognition. Examining this critical site in the global labour struggle, The Cost of Free Shipping brings together activists and organisers in an unprecedented analysis of Amazon’s regime of authoritarian algorithmic management and mass surveillance. This is a must read for anyone engaged in the fight against Amazon’s economic and political dominance.’

All these books, and more, are available with 50% off this holiday season.