We have compiled a list of books that explore left wing social movements from the African continent or by African people. We chronicle the diverse labour movements, social thoughts and political economies of Botswana, South Africa, Nigeria and Zanzibar and follow the fight for political freedoms across the rest of the world. 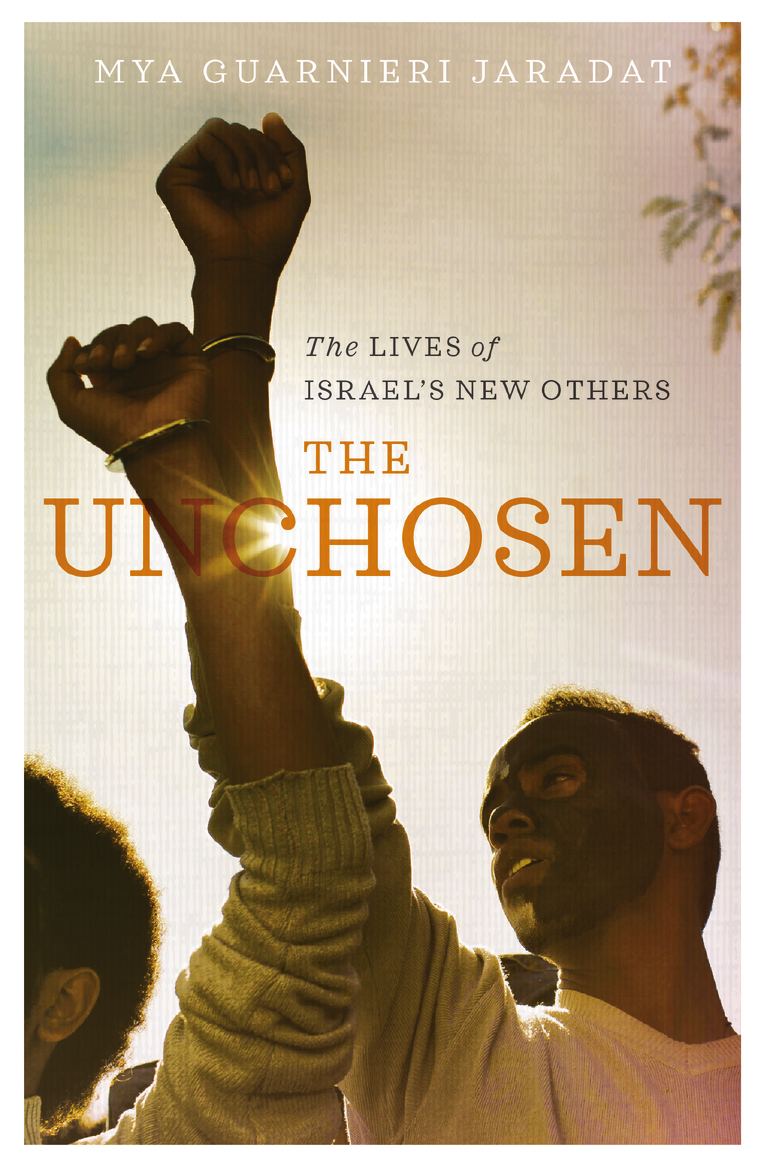 The Unchosen: The Lives of Israel’s New Others

From illegal kindergartens to anti-immigrant rallies, from detention centres to workers’ living quarters, from family homes to the high court, The Unchosen sheds light on one of the most little-known but increasingly significant aspects of Israeli society. We hear of Sudanese hunger strikers in Israeli detention centres, Eritrean refugees staging non-violent protests calling for Israel to process asylum applications and agitations opposing poor medical care and educational provisions. By highlighting Israel’s harsh and worsening treatment of African migrants, The Unchosen presents a fresh angle on the Israel-Palestine conflict, calling into question the state’s perennial justification for mistreatment of Palestinians: ‘national security’.

Popular Protest in Palestine: The Uncertain Future of Unarmed Resistance by Marwan Darweish and Andrew Rigby

Activestills: Photography as Protest in Palestine/Israel by the Activestills Collective

The Spirit of Marikana: The Rise of Insurgent Trade Unionism in South Africa

By Luke Sinwell and Siphiwe Mbatha

On the 16th August 2012 on a platinum mine in Marikana, the South African Police Service opened fire on thirty-four protesting black mine workers. This would come to be known as the Marikana massacre; one of the most lethal uses of force by South African security services since the apartheid era.

Through oral testimonies and exhaustive fieldwork, Sinwell and Mbatha create a gripping account of the incidents that followed. What began as a simple dispute over pay became an emblem of working class resistance in South Africa. The Spirit of Marikana is a testament to the mine workers’ heroic resistance against the cronyism of mine bosses, the government authorities and the crooked union establishment.

For those interested in trade union history, methods of self-organisation and the history of modern South Africa.

Elite Transition: From Apartheid to Neoliberalism in South Africa by Patrick Bond

Frantz Fanon: Philosopher of the Barricades by Peter Hudis 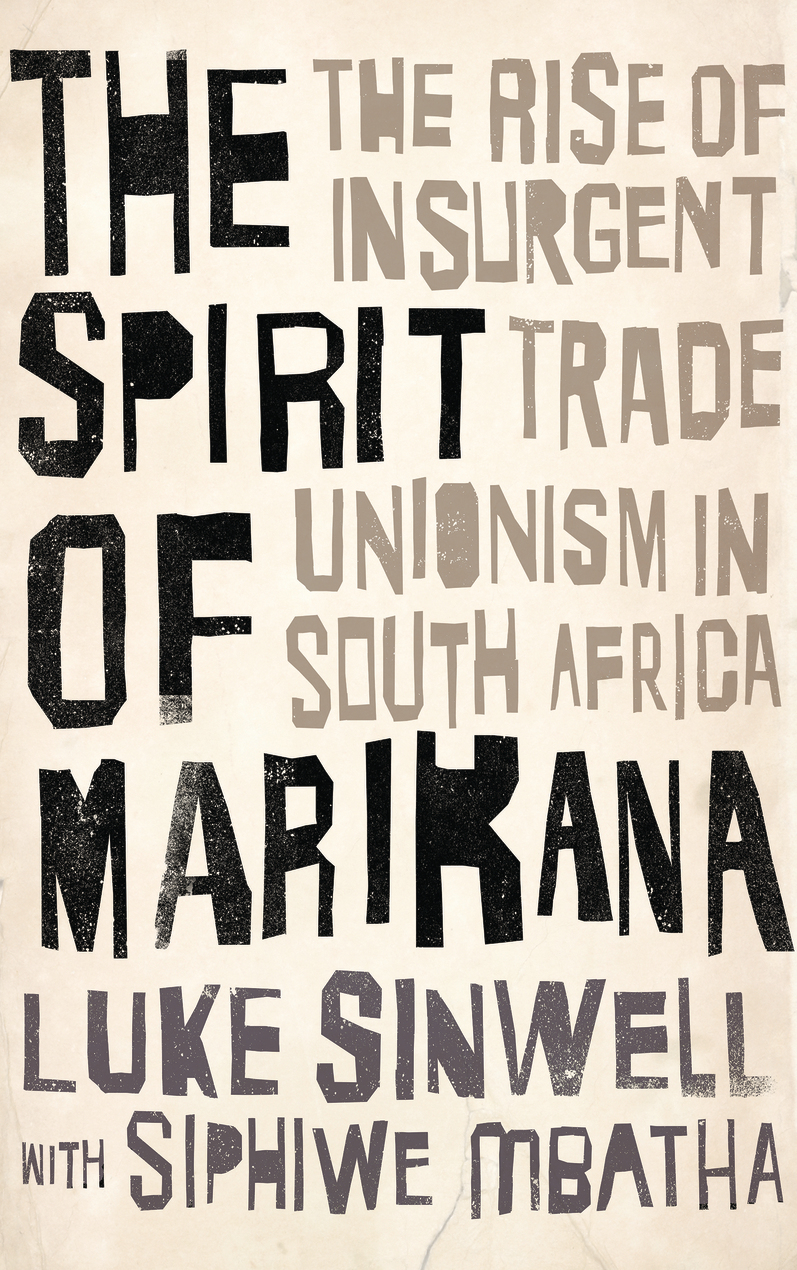 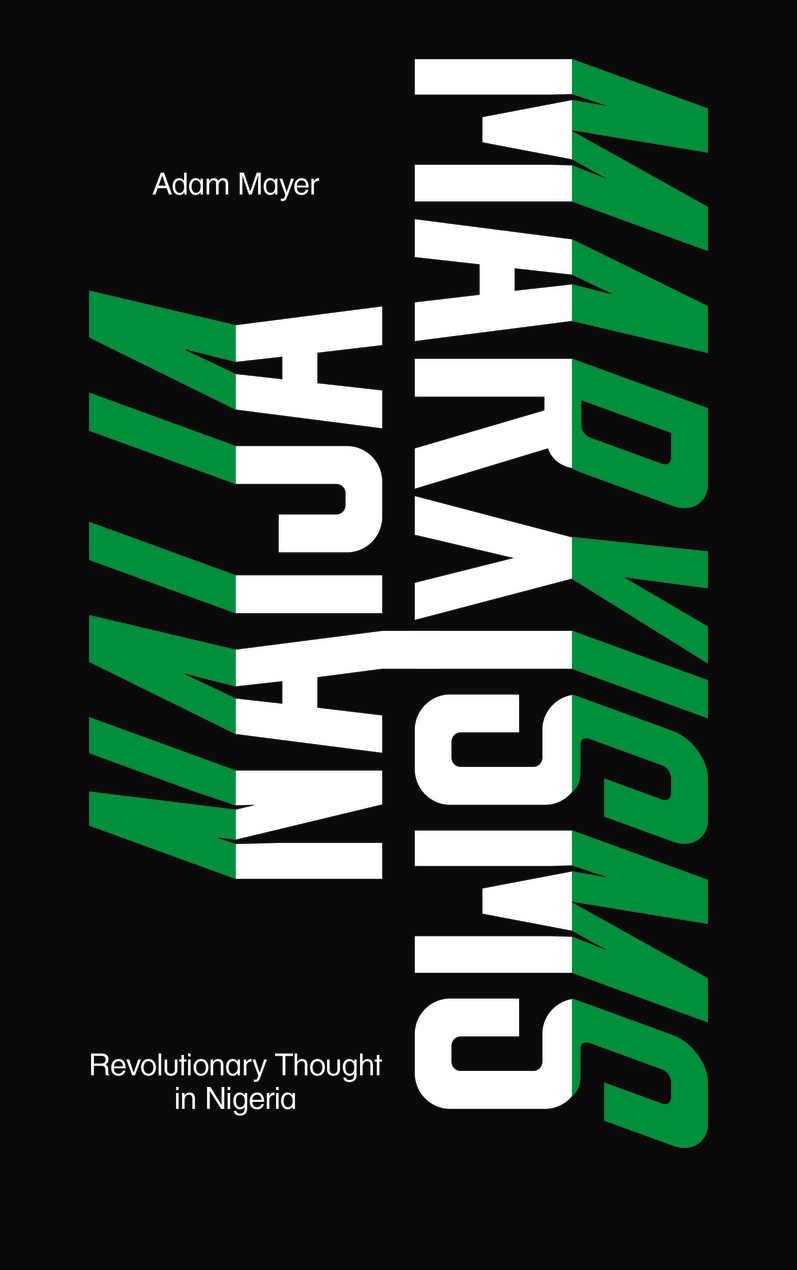 Marxist thought in Nigeria has since the 1940s developed exponentially. Born of the country’s labour struggles, feminist movements, intellectual traditions and social thought, Marxism now heavily influences Nigerian party politics and the political economy; Nigeria has produced Marxist thinkers of vital importance in most fields of political and human inquiry.

“Long gone are the days when Marxism meant imported pamphlets and a rootless foreign ideology”; Mayer argues that Marxism has become the most important framework through which Nigerians have made sense of the world that surrounds them.

For those looking for an antidote to “hegemonic neoliberal platitudes”.

We Make Our Own History: Marxism and Social Movements in the Twilight of Neoliberalism by Laurence Cox and Alf Gunvald Nilsen

The Threat of Liberation: Imperialism and Revolution in Zanzibar

Through photographs, declassified US and British documents, and interviews Amrit Wilson paints a compelling picture of Zanzibar in the midst of decolonisation.

Contemporary parallels pervade in Wilson’s book, as we observe imperialist powers seeking to institute ‘regime change’ and install pliant governments. The central narrative is a study of the Umma Party of Zanzibar and its Marxist revolutionary leader, Abdulrahman Mohamed Babu, whose participation in the movement almost brought revolutionary transformation to Zanzibar and across East Africa.

For those interested in colonial histories and revolutionary insurrections.

Hugo Chavez: Socialist for the Twenty-first Century by Mike Gonzalez 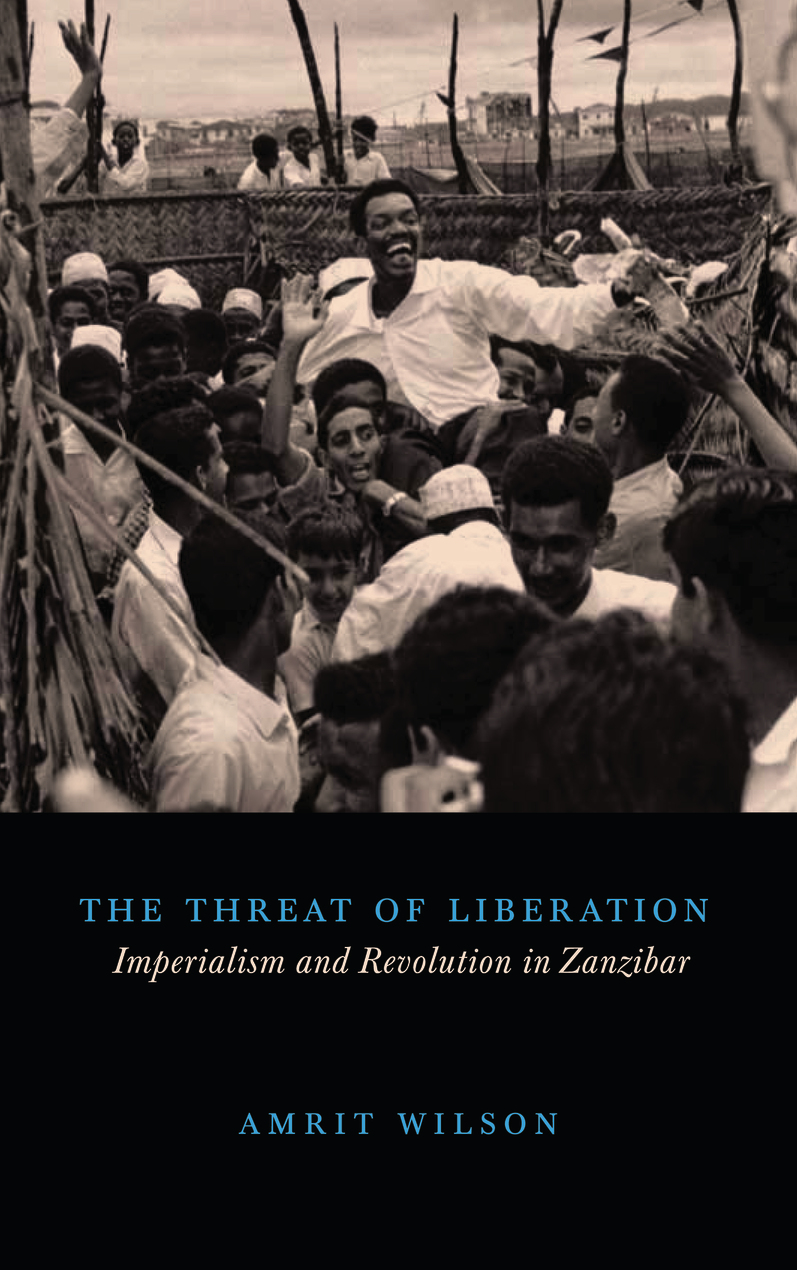 An edited collection that critically surveys acts of resistance in post-apartheid South Africa. All too often reflections on social movements emerge as the struggles are ongoing and lack the benefit of hindsight. In contrast, the essays in this collection take stock of the successive period of contradiction and complexity, in particular examining how movements have operated within the narratives of the governing ANC and what they reveal about the limits of South African liberty.

For those interested in the political history of modern South Africa.

Popular Resistance in Palestine: A History of Hope and Empowerment by Mazin B. Qumsiyeh

The Making of an African Working Class: Politics, Law, and Cultural Protest in the Manual Workers’ Union of Botswana

The parallels between The Making of an African Working Class and EP Thompson’s seminal classic go beyond the titular likeness. Like Thompson, Werbner stresses that the working classes are not just the victims of history, but in control of their own making; exploring the distinct vernacular of the Botswanan worker identity and its marriage of cosmopolitan labour rights with the traditions of the home and countryside. Throughout, Werbner echoes Thompson’s humanism; emphasising the importance of working class dignity, honour and respect.

For those interested in political histories, social histories and the history of Botswana.

Farewell to the Working Class: An Essay on Post-Industrial Socialism by Andre Gorz 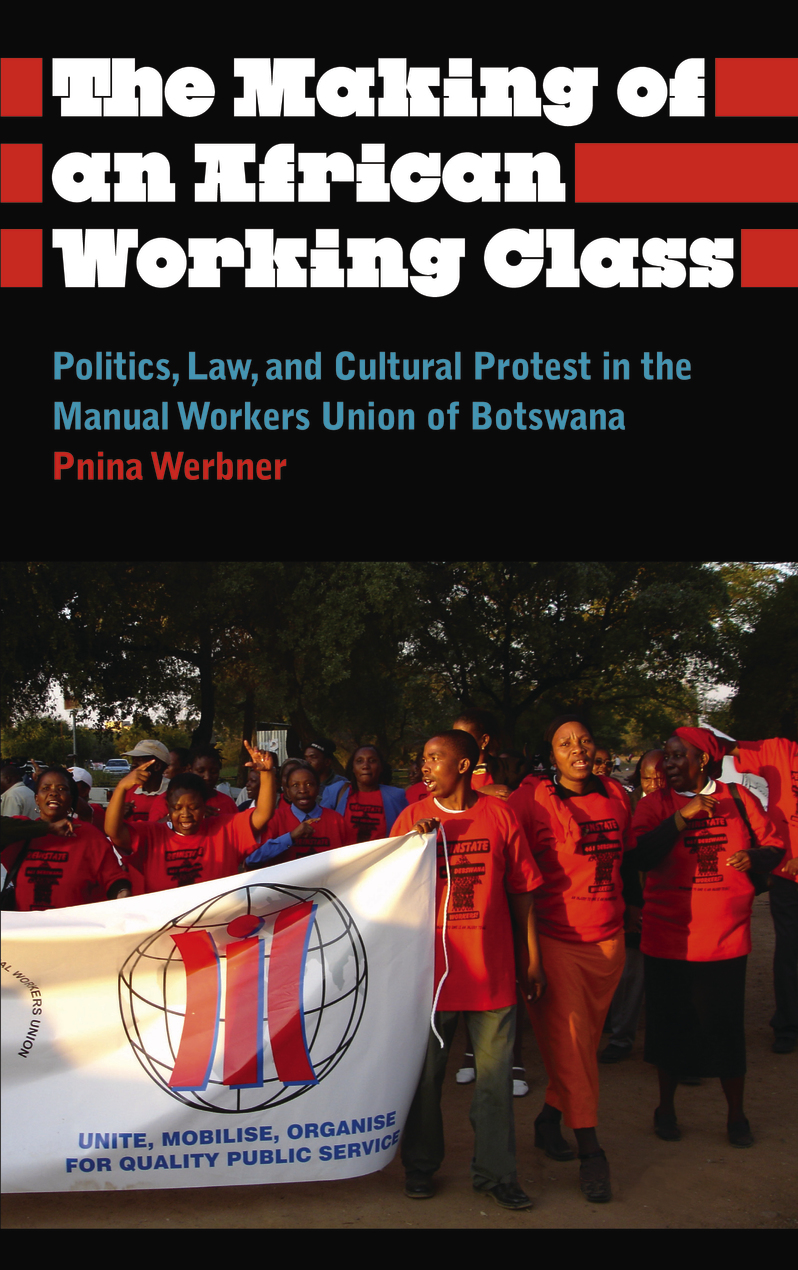 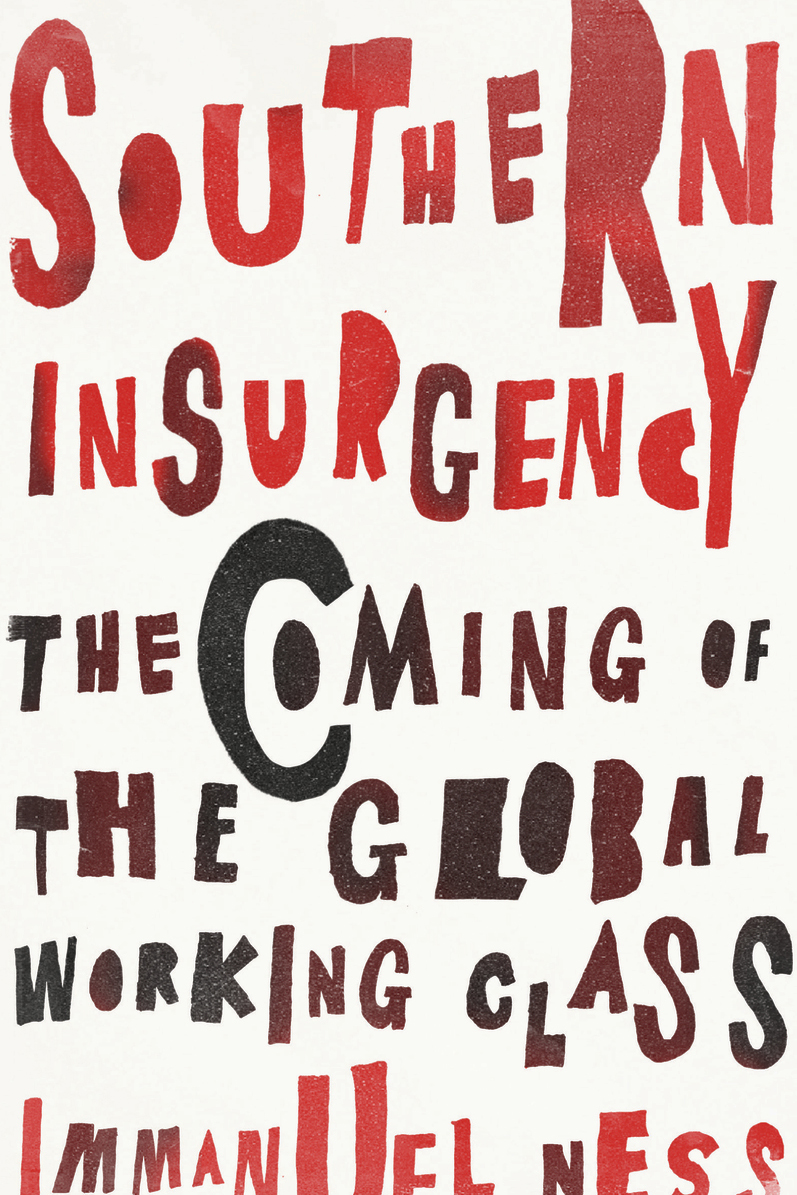 Southern Insurgency: The Coming of the Global Working Class

Looking at major centres of industrial production in China, India and South Africa, Ness offers an analysis of the shape of future and present class struggles. Resistance is growing in peasant communities in the Global South, in order to effectively combat the spread of a malevolent strain of industrial capitalism these groups conceive of ambitious, militant and creative ways to fight back against the impoverished and harsh living and working conditions imposed upon them.

Southern Insurgency is part of Pluto’s Wildcat series, which also features Just Work? Migrant Workers’ Struggles Today and the aforementioned Spirit of Marikana, which is seeking to publish ambitious and innovative works on the history and political economy of workers’ movements and to provide a forum for debate on pivotal movements and labour struggles.

For those interested in labour struggles and contemporary politics.

Labour and the Challenges of Globalization: What Prospects For Transnational Solidarity? By Andreas Bieler, Ingemar Lindberg and Devan Pillay

All titles are available from Pluto Press.