by Gregor Gall
BUY THE BOOK

Indeed, barely a week goes by without a regressive development in society in Scotland at the behest of the Scottish Government being reported, whether that be the deplorable state of our devolved under-resourced health service, the missing of the Scottish Government’s own poverty reduction targets or the use of private companies instead of the public sector (e.g., consultancy on the National Care Service).

This regression deepens and reinforces the inequality and inequity that still scars society in Scotland, since – whether despite or because of – the devolution settlement of 1999. It is clear that the Scottish Parliament is not proving to be the protective shield from the cold winds of economic change that many hoped it would. This amounts to a crisis of social democracy and, therefore, of social justice too. It is not an issue about the competence of the Scottish Government. It is about ideology.

The Scottish Parliament was premised on the core belief that state action could produce a more civil and decent society by intervening in the processes and outcomes of market capitalism. Fairness and equality were the watch words. Yet in a process begun by preceding Labour-Liberal Democrat coalition Scottish Governments, each consecutive Scottish Government has now retreated from this core belief, increasingly succumbing to the ideology of neoliberalism – essentially, the belief that the capitalist free market is the best means for organising society and aligning supply and demand.

The SNP-led Scottish Government is just the latest re-incarnation of this. Boiled down to the essentials, it believes that a successful capitalist Scottish economy is necessary to provide the wealth – especially in the form tax revenue – to provide for increased living standards and a welfare state. Woe betide anything that gets in the way of capitalism being allowed to enact this role, even if it means pain and sacrifices for the many and riches and influence for the few. There is, of course, a mountain of evidence to show this is wrong and immoral but such is the hold of the neoliberal ideology that our political-managerial class deem there to be no alternative and are inured to any pleas to be ‘fairer’ or ‘nicer’.

At the same time, barely a day goes by without some mention of Scotland’s continuing constitutional crisis. For example, the case for and against independence is endlessly debated and poured over. Yet there is significant social stasis as, despite the loss of the 18 September 2014 referendum for the argument for independence, the issue of independence has never gone away; the SNP has continued to form the Scottish Government since then with its popular but as yet stillborn mandate to hold another referendum. Political polarisation over independence versus enhanced devolution is deeply entrenched and will continue to be so for some time to come. Each political issue is viewed through the lens of being for or against independence.

In the meantime, what is obscured in particular is the nature of the prospectus of independence. Independence in and of itself is a nefarious concept unless we start asking the very basic questions: independence from what and for whom? But by the same token, this polarisation also obscures what continued or enhanced devolution would look like, what it would be used to deliver and for whom.

This provides the analytical rationale for the publication of A New Scotland: Building an Equal, Fair and Sustainable Society. Brought together by the left-of-centre thinktank, the Jimmy Reid Foundation, over fifty leading left voices from the worlds of academia and activism have produced a book of twenty-five chapters on pretty much all the essential components of the past, present and future of society in Scotland. Although they express their respective opinions on independence and enhanced devolution, they do not let these get in the way of their diagnosis and prognosis of what can be done in the here and now, with existing powers, to set society in Scotland on a new course towards social, economic, environmental and political justice.

The Scottish Government is rightly the focus of most of their attentions, whether that be over health, housing, transport or education. But many of the chapters also consider the arts and culture, and what can be achieved in the realm of civil society, especially through community organisations, campaigns and unions.

And while they do not lay out any detailed blueprints as such, they do, nonetheless, set out the principles and polices that are needed to make society for the people in Scotland equal, fair and sustainable. They all want the good ship of Scotland to set sail on a new course within local seas and global oceans, concluding that the mainstream political parties are not the captains or crew to do this.

Not only is there something for everyone who is on the left or looking to the left in this book but together the chapters provide a comprehensive guide to the key questions of our age: what is wrong with society in Scotland and how can we put it right?

Professor Gregor Gall is editor of the Scottish Left Review and director of the Jimmy Reid Foundation. He is author and editor of over twenty books.

A New Scotland: Building an Equal, Fair and Sustainable Society is out now. 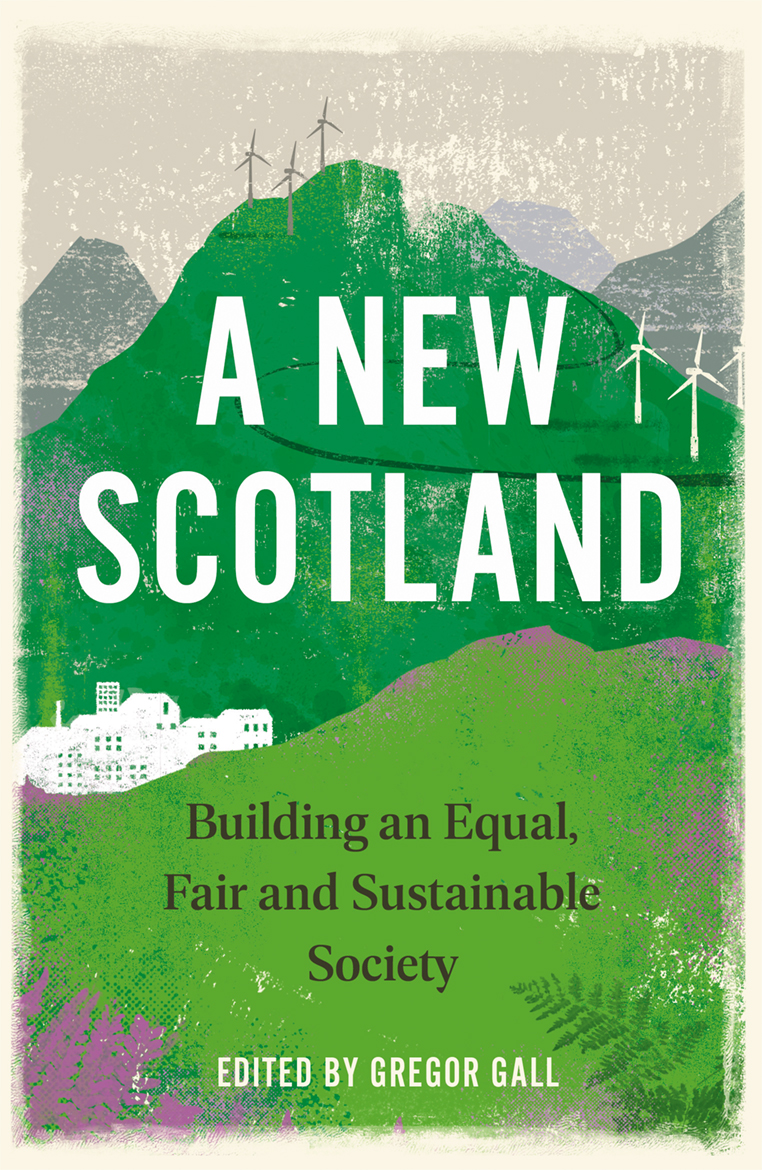