The Battle of the Newbury Bypass:
25 years on - did it make a difference?

by Steve Melia
BUY THE BOOK

The Newbury Bypass was Britain’s most controversial road-building project and saw Britain’s biggest ever anti-road protest. Local campaigners battled against the road throughout the 1980s, their efforts culminating in a public inquiry in 1988. 25 years on from the protest, Steve Melia looks at how public opinion has changed.

On February 29th 1996 bailiffs and security guards began evicting protestors from 38 sites along the planned route of the Newbury Bypass. It was the biggest operation of its kind during five years of anti-roads protests, and the one that has endured in the public memory.  For Roads Runways and Resistance from the Newbury Bypass to Extinction Rebellion, I interviewed ministers, civil servants, protestors and leaders of environmental organisations, and delved into unpublished archives, revealing some surprises. The Newbury Bypass, I discovered, was very nearly cancelled at the last moment, but a political calculation gave it the go-ahead, and 20 years later the A34 was carrying 77% more traffic than it did back then. So did the Newbury protests make any difference?

By 1995, when Brian Mawhinney made his final decision as Transport Minister to approve the Bypass, big road building was losing political support. Mawhinney had called a truce with the environmentalists and had asked Friends of the Earth to prepare a report on possible alternatives to the bypass. They were outraged to learn that Mawhinney had approved the road before the deadline for their report. ‘Who will ever trust this government again?’ asked FoE Director, Charles Secrett. Secrett had worked hard to repair a rift in the environmental movement, from earlier protests at Twyford Down, where Earth First! activists felt FoE had abandoned them. Newbury would unite the three strands of the protest movement: national organisations, direct-action activists and local residents. Protestors and authorities had learned lessons from earlier protests and both sides were prepared for a major conflict.

I did not expect to be writing a crime or spy story, but that is what the book became at times. Protestors, the authorities and ‘persons unknown’ were responsible for covert acts of violence at different points. Although all sides at Newbury were committed to non-violence in principle, there were exceptions in practice. Protestors targeted the home of Nick Blandy, the Under-Sherriff directing the evictions; he received death threats and needed police protection at his home. Two local men threw a petrol bomb at a bus where protestors, one of them pregnant, were sleeping. One of them successfully argued in court that it was a ‘drunken prank’ and was acquitted.

Blandy believed the authorities had been too heavy-handed at Twyford Down, swelling the protestors’ coffers with compensation payments for wrongful arrest. To avoid a repetition, they would carefully brief everyone involved in the evictions, which would also be filmed. You can see some clips of the footage in this short film about the book (from 3 minutes 50 to 5.30). One clip corroborates the claims of female protestors about their treatment at the hands of security staff.

By early 1996, the police had infiltrated the Newbury protestors. Following a tip-off, Blandy decided to move against the one tunnel along the route, in the small hours of a Friday morning. He told me:

‘they would all have received their benefits on Thursday; they would have all gone out drinking and would be in a bad state. Sure enough … there was nobody in the tunnel. We took possession of it, filled it in and that was game over as far as tunnelling was concerned.’

The route was heavily wooded; removing protestors from trees proved more difficult. Blandy called on professional climbers (who can be seen in action on the film) to do this. Their involvement created a rift in the climbing community. The Director of the British Mountain Festival called on fellow-climbers to ostracise ‘these mercenaries and renegades’. Some of the climbers changed sides and joined the protestors, creating the spectacle of expert climbers swapping punches as they swung between trees and aerial walkways. Eventually the climber-protestors were brought down on hydraulic platforms and arrested.

Both sides were aware of a deadline set by European law, preventing interference with the trees after the start of the bird-nesting season in early April. Blandy’s men dismantled the final camp shortly before that deadline, prompting Roads Minister John Watts to write congratulating him for ‘the manner of evictions’, which ‘avoided any serious injuries’. Protestors continued to harass the contractors during the construction phase. Then in January 1997 a peaceful rally against the bypass turned into a riot, when 300 protestors broke through security fencing, attacked machinery and set fire to a cabin and a dumper truck.

None of the anti-roads protests ever succeeded in stopping a project once construction had begun. But collectively, they shifted public and political support away from big road building. Amongst the evidence, the British Social Attitudes Survey supports that conclusion. In 1993 a small majority of the public agreed that ‘the government should build more motorways to reduce congestion.’ Over the following three years that support evaporated. A downward spike can be clearly seen in 1996, shortly after the Newbury evictions, when the public disagreed with that statement by a margin of two to one. Later in 1996, a new Transport Minister quietly announced the end of the road-building programme. The reason given at the time was lack of money, but as later events would show, recession and austerity do not necessarily reduce road building; they may provide a justification to increase it.

Like several of the other protests I review in the book, the anti-roads protests changed the direction of transport policy, and continued to influence governments for several years afterwards, but not forever. By 2013, their memory had faded, enabling Chancellor George Osborne to launch a new road-building programme. Long after his departure, it continues to grow, with a budget now outstripping the one that sparked those protests in the 1990s. Meanwhile, veterans of those protests have led the tunnelling action against HS2 in Euston. As road-building and airport expansion threaten to bust Britain carbon budgets, we now need direct action more than ever.

Steve Melia is a Senior Lecturer in Transport and Planning at the University of the West of England. Roads Runways and Resistance from the Newbury Bypass to Extinction Rebellion is his third book.

More about Steve and his writings can be found on: www.stevemelia.co.uk 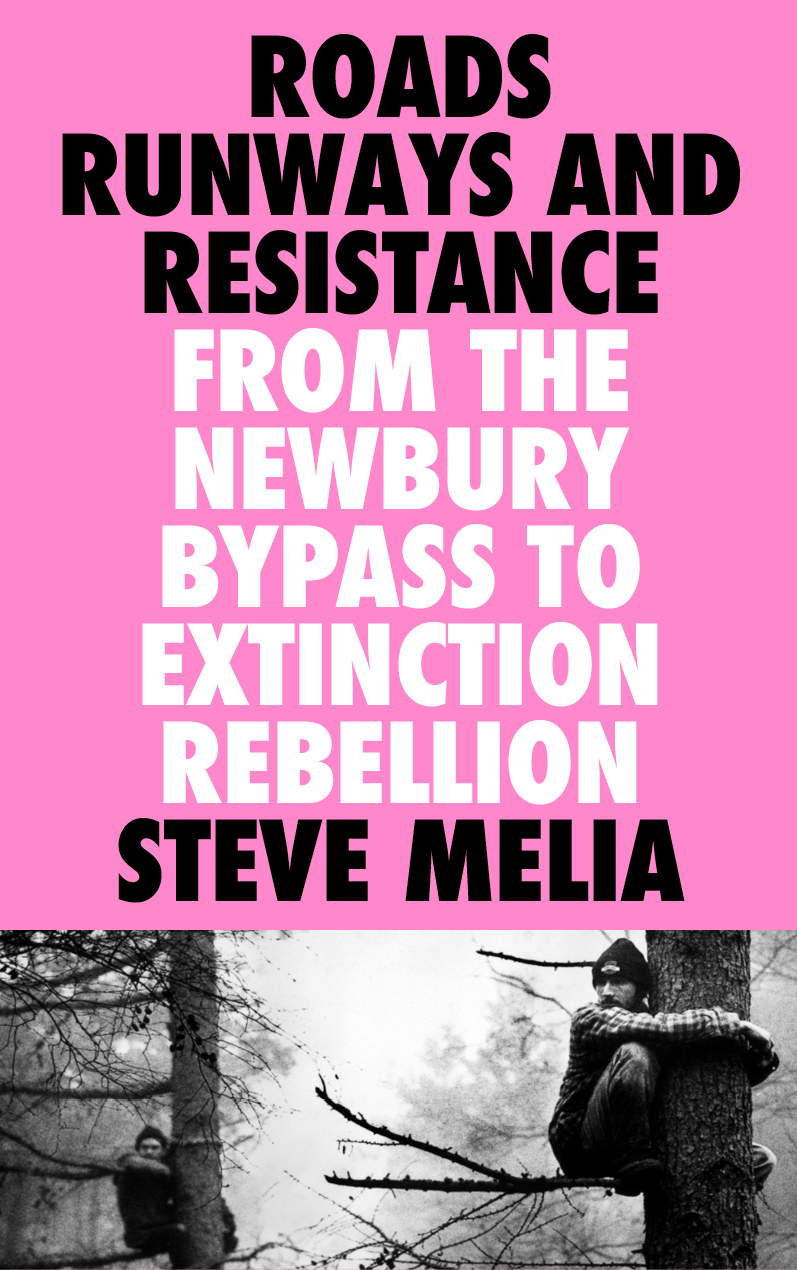