The Disciplinary Violence of Sectarianism in Lebanon

Lebanon’s sectarian system proved immune to the wave of popular uprisings that swept the Arab world. How can this be explained? Bassel F. Salloukh looks at the mix of institutional, clientelist, and discursive practices that sustain the sectarian nature of Lebanon, working from his new co-authored book The Politics of Sectarianism in Postwar Lebanon. 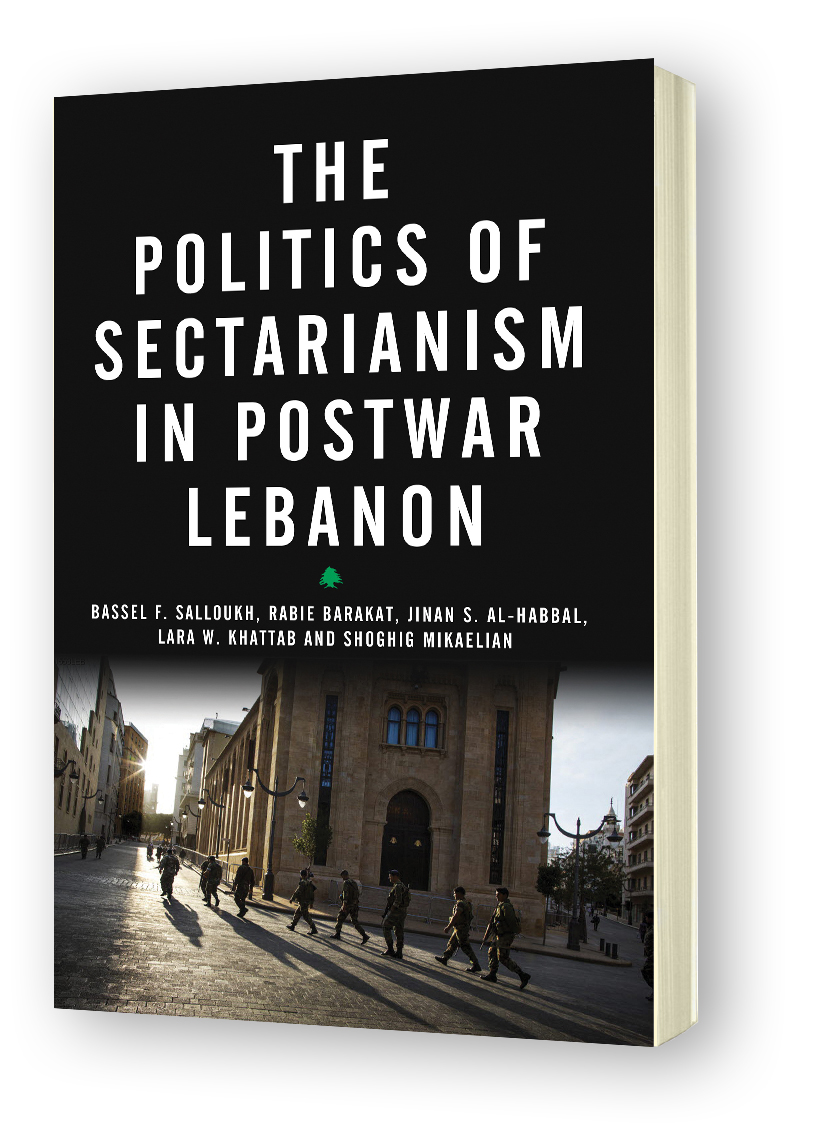 Who would have thought that the popular uprisings that swept across the Arab World, starting in Tunisia in 2010, and bringing with them the promise of a better and more democratic future, would mutate into destructive sectarianism that has left many states and societies in ruins? From Yemen to Syria, to Libya and Morocco, sectarianism is growing in the Arab World as invariably polyphonic identities are reimagined and reconstructed along chauvinistic and reductionist sectarian fault lines. By contrast, Lebanon’s political system seems immune from this sectarian wave, but for all the wrong reasons. Some four years after the eruption of the popular uprisings, a number of Arab states are looking eerily like Lebanon, or about to reproduce the pitfalls of its uniquely sectarian system.

In writing The Politics of Sectarianism in Postwar Lebanon, my co-authors and I did not want to focus mainly on politicians and cataclysmic events, nor on Lebanon’s endless political crises and multiple wars, but rather on the disciplinary violence of Lebanon’s sectarian system as an everyday lived experience. Inspired by Foucauldian and Gramscian paradigms, as well as the work of James Tully, we unpacked the operation of a complex ensemble of institutional, clientelist, and discursive ‘practices of governance’, that collectively sustain the political economy and ideological hegemony of Lebanon’s postwar sectarian system. We argued that the disciplinary tentacles of the system we describe reach deep into Lebanese society, and operate to produce and reproduce sectarian identities, loyalties, and  forms of political mobilisation. This system manufactures disciplined sectarian subjects who embrace what are otherwise very modern and historically constructed sectarian identities, but are assumed to be timeless and primordial.

Ultimately, what emerged from our survey was a framework of social reproduction which stretches over substantial areas of everyday life, demarcating the parameters of the possible, preventing the emergence of any semblance of rule of law or accountability, and, finally, undermining challenges and alternatives to the sectarian system itself. This framework appears to perpetuate the sectarian/political, economic, and religious elite’s political, material and symbolic perogatives in postwar Lebanon.

Part of the story we tell in the book involves exposing how the violence of the sectarian system is profound though not always discernible or physical. Most men and women suffer from the sectarian system’s disciplinary techniques, but women far more extensively and violently than men. The disciplinary logic of this system denies Lebanese their existence as citizens with inalienable political and social rights, reducing them instead to unequal members of state-recognised sectarian communities. The sectarian/political elite, often in alliance with their religious counterparts, deploy an array of practices that  collectively aim at reproducing sectarian identities. Matters related to family law in its broadest sense are relegated to sectarian courts to produce sectarian subjects beleaguered by clientelist and kinship loyalties. The same calculations shape citizenship laws, a state-sponsored sectarian welfare system, and educational policies. Postwar neoliberal state retrenchment compels the economically underprivileged to seek sectarian patronage for a range of social services. Large swathes of associational life are regulated and absorbed by a postwar neoliberal governance model. Civil society organisations are sectarianised, coopted, or intimidated to prevent them from producing alternatives to sectarianism.

The political economy of sectarianism is under-girded by a highly regressive tax system, sectarianised public expenditures, and fiscal policies that impoverish the lower and middle classes while enriching an increasingly integrated sectarian/political and economic postwar elite and protecting their commercial, financial and tertiary rentier profits. The postwar mediascape is a site for reciprocal demonisation, deployed to construct the postwar sectarian ‘Other’. Not only does the privately-owned visual media reflect postwar sectarian sentiments, it also creates and fuels them in destructive ways. Even the state’s coercive institutions are divided into sectarian fiefdoms, with security and military promotions and appointments driven largely by clientelist sectarian calculations, at devastating cost to military morale, professionalism, and preparedness.

The result of all these practices of governance is a distorted incentive structure that devalues merit as a prerequisite for personal success and for access to public or private institutions, while the absence of the rule of law and accountability allows innumerable forms of criminality – domestic violence, especially against women; petty crime; theft of public assets and lands; sectarian vigilantism – to pass with impunity. Resisting this disciplinary ensemble invites both political economic and symbolic forms of punishment: Lebanese who refuse to abide by the rules of the system are not only excluded from its material and political rewards, they may even find themselves denied proper burial rites. Little wonder that so many people bow to the system’s material and symbolic powers and that attempts to reform anything from monetary and fiscal policies, to electoral, citizenship, family and traffic laws all end in naught.

There is another side to the story that we tell in our book, however, because where there is disciplinary power, there is also resistance. Thus our book also surveys an array of what Tully labels ‘practices of freedom’ by opponents of the sectarian system, be they women, workers, teachers, public sector employees, students, civil society organisations, or coalitions of NGOs that aim at undermining the system’s hegemony in the long struggle towards piecemeal reform. Herculean efforts by a posse of activists and organisations – to introduce an optional civil personal status law; to criminalise all forms of domestic violence but especially those targeting women; to pass laws enabling women to grant citizenship to their children and foreign spouses; to defend the socioeconomic rights of the underprivileged and voiceless; to expose the lopsided social costs of the sectarian/political and economic elite’s neoliberal policies, and to promulgate a new electoral law that opens up possibilities for new modes of political mobilisation beyond sectarianism – all these and many other everyday acts of resistance are small battles in a larger and inescapably protracted Gramscian ‘war of position’ that may slowly chip away at the sectarian system’s political economy and ideological hegemony. That these practices of freedom are often sabotaged or contained by a range of sectarian actors underscores the staying power of the complex ensemble under-girding the political economy and ideological hegemony of sectarianism.

The Politics of Sectarianism in Postwar Lebanon is ultimately intended as a liberating personal and public experience. We unmasked the sectarian system’s practices in the hope of opening up creative possibilities to fight them and ultimately transcend sectarianism altogether. We recognise that this is inescapably a very long and difficult battle, but it is not impossible and we even venture some suggestions as to how this can be accomplished most effectively. We also hope that our book helps those policymakers busy rebuilding the political orders of other postwar states to learn Lebanon’s lessons and avoid the pitfalls of its sectarian experience. To be sure, current developments in the Middle East point towards the spread of sectarianism as geopolitical battles are camouflaged behind the mantle of sectarian hatreds, wreaking havoc across regional states and societies. But as the resistance stories recounted in our book remind us, there is always hope for a brighter, just and more democratic future.

Bassel F. Salloukh is Associate Professor of Political Science at the Lebanese American University. He is author, co-author, and co-editor of a number of books including Beyond the Arab Spring (Lynne Rienner Firm, 2012).

The Politics of Sectarianism in Postwar Lebanon is available to buy from Pluto Press.