The Fight for Repeal:
An activist’s story

by Camilla Fitzsimons
BUY THE BOOK

I’m not exaggerating when I say that the 2018 Repeal referendum consumed my life. And it wasn’t just me. Around 20,000 ordinary activists took to the streets and knocked on strangers’ doors trying to convince as many people as possible to vote ‘Yes’ and consign an archaic ban on abortion to the history books. The constitutional clause in question (commonly called the 8th amendment) equated the life of a woman to that of a falsely personified foetus, giving each separate rights in the eyes of the law. As a result, abortion was only allowed in the most extreme of circumstances. Before the abortion pill became widely available (albeit illegal), as many as 15 people travelled overseas to access abortions each day, mostly to England. These were the lucky ones, those without the money or papers to leave Ireland were forced to carry unwanted or unviable pregnancies to term. There were also repeated tragedies such as when, in 1992, a 14-year-old rape victim was initially prevented from travelling despite being suicidal. The legal battle that ensued became known as the X-Case, one of many alphabetised calamities behind which there was a preventable injustice.

Writing the book Repealed: Ireland’s Ongoing Fight for Reproductive Rights, also consumed my life – a three-year labour of love that captures the Irish Repeal movement from the bottom up. My main motivation was to reclaim a tremendous victory for ordinary activists and make sure that the story being told isn’t one that casts enlightened politicians as the changemakers. With the help of over 400 activists, the story shows that the true architect of change was a 35-year-long grass-roots effort that was mostly organised by women and that were repeatedly castigated by the political establishment. We experienced the highs and lows of the campaign and learned the lessons from what was unquestionably one of the most inspiring examples of Irish grassroots activism in many years. We take these lessons into the future as, despite our best efforts, the abortion law that has been introduced is still one of the most conservative in Europe. Unnecessary barriers such as a mandatory three-day cooling off period, a strict gestational limit of 12-weeks and no accommodations for foetal anomaly outside of a fatal diagnosis mean that many people still travel. Moreover, services have not yet been fully commissioned in Northern Ireland despite changes in the law.

I documented some of many examples of high impact stunts and acts of civil disobedience that forced the hand of politicians such as when, in 2014 during a glitzy charity event in London, the feminist performance group Speaking of IMELDA (code-name for abortion by women who travelled to England in the ’80s and ’90s) ‘knicker-bombed’ Enda Kenny, the Irish Prime Minister, placing a pair of knickers with the words ‘Repeal the 8th’ onto his plate. Their #knickersforchoice campaign then invited others to write pro-repeal slogans on their own undergarments and hang these pants in prominent places. The same year ROSA (a socialist feminist group) recreated the 1971 ‘contraceptive train’ taking ‘the abortion train’ to collect pills from Northern Ireland. Activists were greeted by the media when they arrived back in Dublin’s Connolly Station, so they theatrically ingested pills, a stunt that caught the attention of the US Senator Bernie Sanders who shared the images on his Facebook page.

'The Contraceptive Train' by Eddie Kelly, 1971

There were poignant moments too. These included the many spontaneous vigils following the death of Savita Halappanavar, an Indian woman living in Galway who died of septicaemia soon after being refused an abortion. She was miscarrying but was denied the treatment she needed because doctors could detect a foetal heartbeat. After the referendum, many people flocked to Dublin’s city centre to adorn a mural by the street artist Aches with flowers and messages (pictured above), not only to memorialise Savita’s avoidable death, but to acknowledge how this had propelled the movement forward.

But the full story is about much more than the 2018 referendum campaign. It also traces a very dark history of injustices against Irish women, particularly since independence from the UK. Women were erased from many aspects of public life. Thousands of so-called ‘fallen women’ who became pregnant outside of marriage (often because of rape) were incarcerated in mostly Catholic-run Mother and Baby Homes and Magdalene Laundries, their babies forcibly taken from them. What about the ongoing reproductive oppressions that are all around us such obstetric violence and coercion, difficulties accessing contraception and inadequate sex and relationships education? Or the much wider factors that equally affect a person’s reproductive decisions such as precarious housing or employment, financial poverty or the brutality of borders?

The fight for reproductive justice is an international fight. In a case eerily akin to Savita’s, tens of thousands recently protested in Poland after the death of a pregnant woman from septicaemia. Just like what happened in Ireland, doctors refused to abort a foetus with a heartbeat despite the inevitability of pregnancy loss. It is widely speculated that she was the first victim of the countries new ultra-conservative law on abortion introduced despite mass protest earlier this year. Meanwhile, legal challenges attempt to overturn a near total ban on abortion in Texas. The moral arguments these laws are founded on make no sense at all. Abortion has always been and will always be a fact of life. Prohibiting abortion puts lives at risk and denies people bodily autonomy.

Camilla Fitzsimons is an activist and a member of the Dublin West Pro-Choice group. She works at Maynooth University and is the author of Repealed:
Ireland’s Unfinished Fight for Reproductive Rights. You can find out more about her here and she tweets @Camilla_Fitzs. 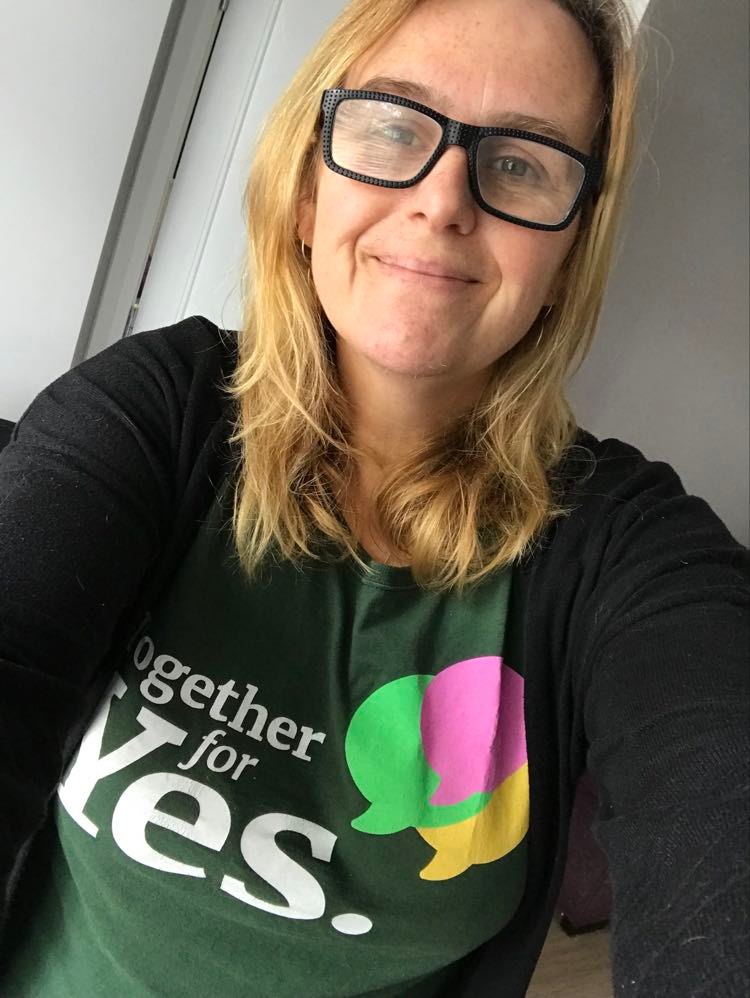