Tansy E. Hoskins dismantles the façade of London Fashion Week, asking what, or who, is fashion for?

The death of Queen Elizabeth II has cancelled strikes, football matches, carnivals, and concerts, but like a post-apocalyptic cockroach, London Fashion Week is still going ahead. It won’t look quite how it normally does however – shows postponed, parties cancelled to allow for a strict focus ‘on business,’ a minute’s silence, and half-mast flag flying.

The fashion industry does not normally like to acknowledge death. The loss of a beloved designer can cause a ripple or a wave, but the countless deaths without which the industry would not exist are resolutely ignored. This September marks the 10th anniversary of the Ali Enterprises Fire in Pakistan which killed over 250 people – each one of them equally deserving of respect and remembrance. There are of course the 1,138 people killed at Rana Plaza, the people killed by factory fires in Egypt, and the workers shot dead in Bangladesh and Myanmar. All unacknowledged and all linked by supply chains that follow the horrors of the British Empire.

If London Fashion Week were to be cancelled, there are many better reasons to do it than the death of a monarch. The carbon footprint of flying hoards of heiresses, celebrities and editors between London, Paris, Milan and New York is a good place to start. It was once calculated that 241,000 tonnes of CO2 a year is generated from travel associated with the quarterly fashion months – the equivalent of the annual emissions of a small country.[1]

Nor are the names behind London Fashion Week anything to be proud of. The principle sponsors of the event ‘dedicated to Her Majesty Queen Elizabeth II’ include a finance company peddling consumer debt during a cost of living crisis, a Chinese Amazon equivalent, and a processed drinks manufacturer linked to cardiovascular disease. Look even closer and in amongst the catwalks are brands who popped up in the Panama Papers as having offshore tax accounts, workplaces notorious for body-shaming and sexual harassment, and shows dedicated to leather when the number one thing destroying the Amazon rainforest is cattle farming.

If you look behind the facade, it’s a grim spectacle rather than something we should aspire to – a London of £4000 dresses and £500 jeans while on the other side of the city people prepare to choose between heating and food. Obscenely expensive clothes that are as much a sign of inequality and climate breakdown as £3 t-shirts. Showrooms full of synthetic fibres spun from petrochemicals and ready to do their share of releasing half a million tonnes of microfibres into the ocean.[2] Racks of cotton dresses which hide stories of drought, lost groundwater, and indentured workers in Indian mills. It’s the same hyper-polluting model as “fast fashion” but with Fashion Week it gets Luxewashed,[3] so is harder to see.

This not a London for you or for me, it’s a city behind private security, barricades, and guest-lists, where financiers, designers and CEOs purport to be guardians of the future with their rush to tell us what we should hunger for next, while simultaneously offering only a headlong rush into climate disaster. At Fashion Week the message is that nothing you have and nothing that you are is good enough. That you need more and you need it now and then you need more after that.

Before the pandemic in 2019, London Fashion Week did briefly come alive, truly alive and fit for the future. This was when Extinction Rebellion held a series of mass protests on the Strand – a funeral march, a demonstration complete with smoke bombs and dresses made from barbed wire, and a dawn raid where activists glued themselves to doors and poured buckets of fake blood on the pavements.

These activists were highlighting the disturbing fact that London Fashion Week was blithely showing collections due to go on sale after key climate deadlines set by the United Nations. The protests shook up the industry and moved the debate forward, temporarily ending the complacency that business-as-usual is an acceptable approach to climate breakdown. Post-pandemic, the status quo has re-grouped and we are back in the land of hyper consumerism, and corporations trying to convince us everything is fine.

We can do better than this. We can recapture the spirit that says fashion has been broken by capitalism and that the answers to the biggest questions in the world are not found behind blank doors and clipboards.

In The Anti-Capitalist Book Of Fashion I invite people to keep in mind two key questions. The first is: What kind of a society do you want to live in? If today’s society is not your ideal, how would you change it for the better? Maybe some small tweaks like universal access to free healthcare and no unelected heads of state. Or maybe it involves a radical overhaul with common ownership of resources, three-day work weeks, and no more arms, meat, prison or fossil fuel industries. How your ideal society would look is up to you. You are free to imagine.

Once you have an answer, the second question is: In this society, what is fashion for? Is it for fun or to protect and enhance the body? Is it to act as a creative outlet, to represent culture and history, to seduce or repel, to showcase and celebrate difference, to express moods or the phases of the moon?

The point of this thought exercise is to show fashion as a performance of deeper social issues. The fashion industry currently reflects the purpose of capitalism – to make billions for a small cabal of people (the majority of whom are not creatives), to keep in place a system of subjugation, to restrict and control populations, and to distract from inequality and crisis. No matter how you picture your ideal society, I doubt you had this in mind as the purpose of clothing. We have, therefore, a great deal of work to do.

Fashion Week does not hold the answers. We do not need design by and for the rich to create beautiful things, we do not need to be dazzled by catwalk shows so that we buy branded lipsticks in the hope of sharing in the stardust. We certainly do not need to trash the planet to have a fulfilling and creative life. Instead we have the option to take the profit out of clothing and creativity, and degrow, decolonise and democratise our world.

[3] Thanks to Paul Foulkes-Arellano at Circuthon Consulting for flipping and using this term in a LinkedIn post.

Tansy E. Hoskins is an award winning author and journalist who investigates the global fashion industry. This work has taken her to Bangladesh, India, North Macedonia, and to the Topshop warehouses in Solihull. She is the author of The Anti-Capitalist Book of Fashion and Footwork. 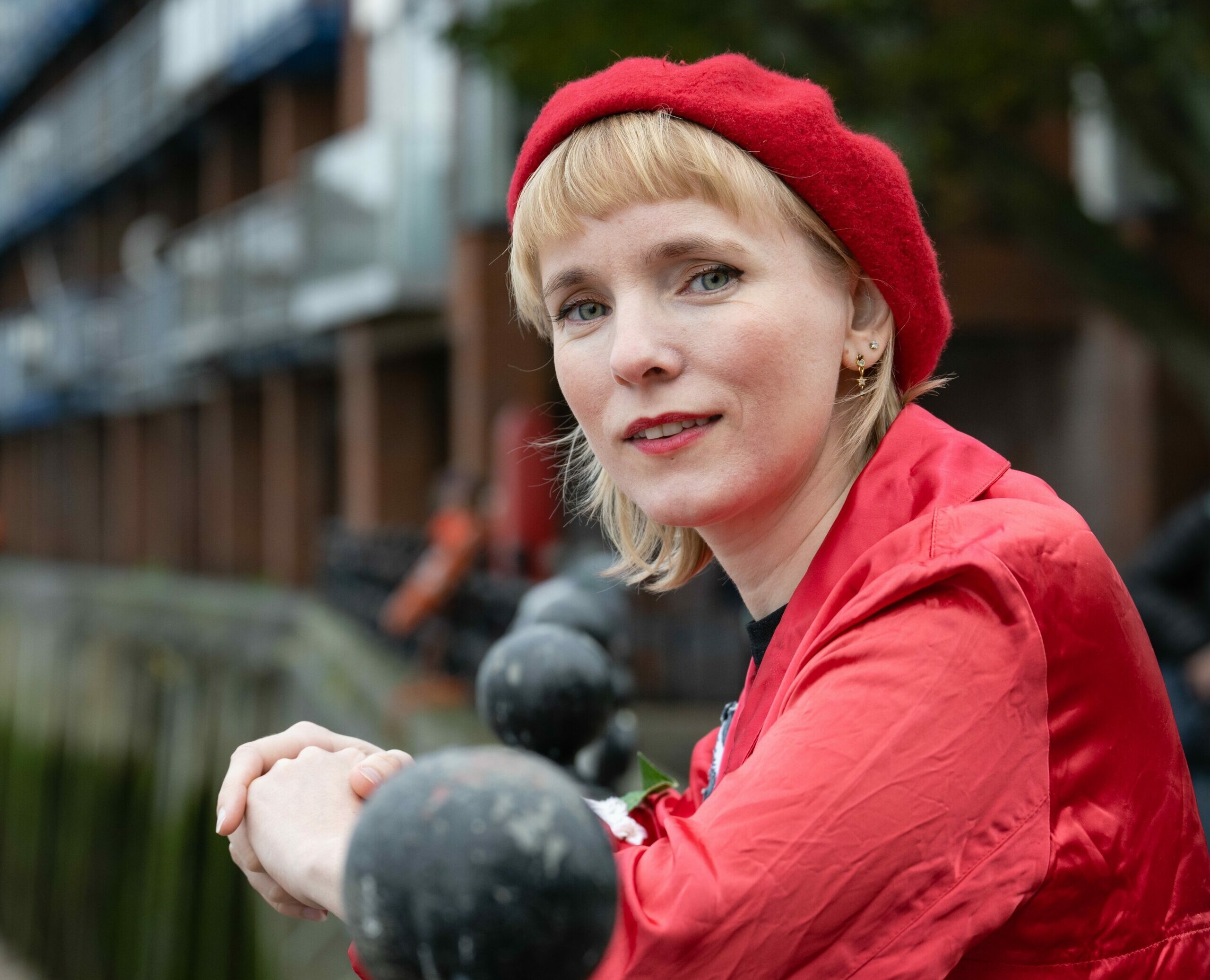