by James Morrison
BUY THE BOOK

From Partygate to the ‘Long Corbyn’ theory, political pundits are trying to drag a story out of the British local election results that James Morrison argues just isn’t there. Instead, he looks at what really matters to voters, especially those outside of the London hub.

If there is one takeaway from the patchwork of results produced by last week’s local and regional elections, it might be this: that people’s ideas about which ‘government’ they want to give a bloody nose between national polls now varies wildly from place to place, with voters in ‘left-behind’ post-industrial towns, or even the orbits of major metropolitan areas, as likely to punish their local district or city councils as Boris Johnson. While those living cheek by jowl with central government, in former Conservative flagship boroughs like Wandsworth and Westminster, gave the Tories the expected kicking over ‘partygate’, provincial voters seemed less concerned with ministerial machinations than hikes in council tax, the frequency of bin collections or the imposition of unpopular local policies.

How else to explain Labour’s loss of Hull, after 11 years of uninterrupted hegemony – not to candidates channelling ongoing disaffection with the party over Brexit (for which the city voted two to one), but to the arch-Remainer Liberal Democrats, who capitalized on what the Hull Daily Mail characterized as a backlash against all-day bus lanes and cycleways combined with a ‘malaise’ in local Labour ranks exacerbated by ongoing feuds between Starmerites and diehard Corbynistas? And what, too, of the muddy picture in Greater Manchester, where modest revivals or consolidations for Labour in some areas where Westminster seats fell to the Tories in 2019 – including Leigh, onetime seat of mayor Andy Burnham – were offset by curious, unsettling losses at hyper-local level? These included the defenestration by Oldham’s Tories of Britain’s first Muslim council leader, Arooj Shah, and further attrition in Tameside, where an incumbent Labour administration lost a councillor in Hyde Godley, amid a row over its plans to ignore local protests by building a 2,000-home Godley Green Garden Village over a swathe of greenbelt.

A look at the wider picture makes it harder to dismiss these results as quirky little local difficulties confined to a handful of places. In Nuneaton and Bedworth, a council over which Labour lost control last year, its slow-burn decline continued, as Tories solidified ‘blue wall’ foundations laid over a number of years by depriving the party of its last seat in the once deep red coal town of Bedworth. Meanwhile, in the Essex borough of Thurrock, a South-East local authority whose parliamentary seats historically enjoy a similar bellwether status to Nuneaton (swinging between the two main parties whenever they alternate in government), the Tories retained control while Labour suffered a modest further net loss of seats. By contrast, the party remained solid in most major metropolitan centres, while making significant inroads in previously barren areas of the South – where young, liberal voters are increasingly priced out of bigger urban centres, like Brighton and Hove, transforming the demographics of once stubborn Conservative fiefdoms like Worthing. Completing this topsy-turvy picture, southern Tories now appear to face a three-way Labour-Lib Dem-Green pincer movement, as once ‘true-blue’ commuter-belt strongholds like Woking in Surrey succumb to anti-Johnson and/or post-Brexit assaults.

What this medley of individual results collectively symbolizes is the readiness of voters to lash out at whichever ‘establishment’ they most hold responsible for their woes at any given time – not just in economically disadvantaged towns of the post-industrial North and Midlands but also more (and less) well-heeled areas of the prosperous South. This is a pattern strongly reflected in testimony from residents, parish councillors and other civil society actors I obtained for my upcoming new book, The Left Behind: Reimagining Britain’s Socially Excluded. In interviews primarily intended to disentangle the intricacies of what constitutes a ‘left-behind’ community, I heard story after story of how people in many parts of the UK often apply hyper-local definitions of where legislative and executive responsibility lies for decisions that affect, and at times impair, their lives. When single mum Keri Anderson, town mayor of Edlington, near Doncaster, was asked who she held culpable for a failure to invest in local schools, jobs and youth services, she directed her ire as much at ‘local first-tier authorities’ and a police force that she had a ‘fight’ to get ‘interested in anything going on in the area’ as ‘central government’. And when asked who residents of the faded North Devon fishing port of Bideford blamed for decades of under-investment and the Johnson government’s recent decision to refuse the town a grant from the Future High Street Fund, Independent district councillor Jude Gubb said locals in her deprived ward of East-the-Water felt ‘left behind’ not by Ministers but ‘the council’ – adding with a chuckle, ‘Boris is all right, isn’t he?’

Similar resentments towards higher-tier councils were voiced everywhere from the once thriving Norfolk coastal resort of Great Yarmouth – a town that, like Doncaster, is consistently identified by think-tanks and NGOs as a ‘left-behind’ place – to Forsbrook, near Stoke-on-Trent, where parish council chair Peter Jones said ‘nobody believes anything’ promised by Staffordshire County Council, after years of broken promises. For Ken Botwright, a parish councillor in Belton, on the outskirts of Yarmouth, the feeling was that ‘the vast amount’ of funding had been put into ‘Yarmouth seafront’, instead of ‘the villages’ – with lack of street lighting and road repairs to plug potholes a specific gripe.

If last week’s electoral smorgasbord has anything meaningful to tell us, then, it may be much more nuanced, and also more fundamental, than some pundits’ rather pat observation that the crumbling of the fabled ‘red wall’ and other post-2019 trends still have some way to run – especially in areas that voted strongly for Leave or Remain. If the lingering electoral after-effect of ‘long Corbyn’ really is a thing – not merely a disingenuous attempt to mask the uncomfortable truth that Labour performed better in many of its erstwhile industrial heartlands four years ago under that very leader – this thesis only takes us so far. In truth, the ongoing erosion of previously resolute bastions of local support for Britain’s major national parties is far from unique to Labour, with longstanding local establishments slowly being challenged, and in some cases overturned, throughout England and Wales, as a combination of demographic change and more fluid and mutable party-political loyalties leads to notable losses for other parties, too. That some of these post-Brexit challenges are being articulated through significant gains for a new generation of ‘hyper-local’ parties is a further expression of the (perhaps growing) pre-eminence in many voters’ minds of local issues and governance over the national, let alone the international. In the end, though, in the context of a poll like last week’s, should we really be that surprised if it was town halls, not Whitehall, that got a kicking? After all, aren’t local battles, fought on local issues, what local elections are meant to be ‘for’?

James Morrison is a reader in journalism at Robert Gordon University. He spent over a decade as a staff reporter for newspapers including the Independent on Sunday as well as working as a freelance writer for the Guardian.

His new book The Left Behind: Reimagining Britain’s Socially Excluded is available to pre-order. His previous books include Scroungers: Moral Panics and Media Myths. 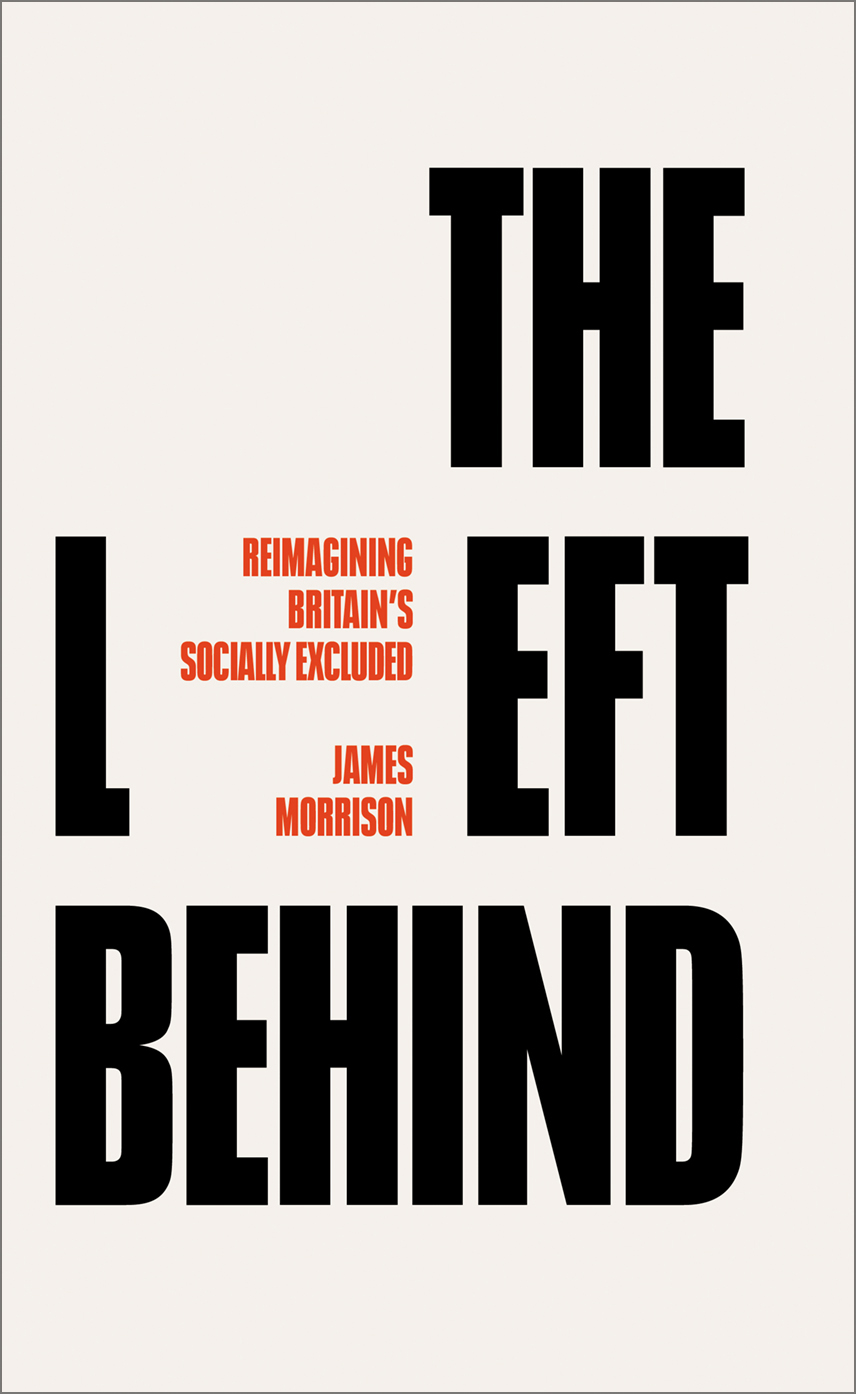