The Left Book Club, founded in May 1936, was a key left-wing institution of the late 1930s and the 1940s in the UK. Since 2015, Pluto Press have worked in partnership with the Left Book Club’s latest iteration. You can find out more about joining the club, as well as the books that have been published here.

The director of the LBC, Roger van Zwanenberg recounts the history of the original Left Book Club for the Pluto blog.

‘The creation of the Left Book Club was a unique event. It was the first book club in Britain, the first 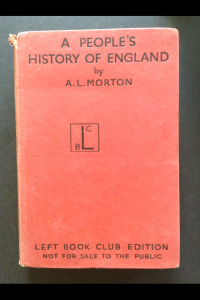 socialist book club, and its overriding feature was that it brought together all elements of the Left. Historically, despite many attempts, no one had ever achieved left unity on such a scale. The book club was more than just a club,  it was seen by all who took part as a political movement, that stimulated its members to work together for a better future. When the first socialist government took power in Britain in 1945, a significant number of senior members of the new government had received their earlier training through the Left Book Club. Ernest Bevin, Herbert Morrison and nine other Left Book Club authors sat in the Cabinet, including the new Prime Minister. The Left Book Club’s achievement was due in part to the social and political conditions of the time, and to the character of its founder, Victor Gollancz.

The Left Book Club was a child of its time. I think people sometimes forget that governments before 1945 openly worked primarily for the owners of large capital, for the wealthy.  Workers in the 19th century had made important gains through struggles for democracy, and through the creation of trades unions. Up until 1914, relations between Labour and the owners of Capital had changed little since Karl Marx wrote in the 1850s and 60s. The advent of the Liberal Party had instituted some changes, but generally speaking Parliament represented the owners of Capital.  Despite the huge sacrifices of human life and resources in the 1914-18 war, where nearly a million young men died, government policy in 1919 made no concessions for the death and suffering of the people.

The interwar years were years of near permanent depression. Poverty and unemployment ensured that the British ruling classes regained their 1914 predominance.  The immediate policy of the British government had been to regain their dominant position in the world, and that meant controlling the Gold Standard.  By 1929,  at the beginning of the Great Crash, British unemployment was still very high. By 1931 it had risen even higher. The hunger marches and suffering of a wide section of the British population were the backdrop for the creation of the Left Book Club.

The Left Book Cub was set up in a world of serious social need, difficult today to imagine. Gollancz 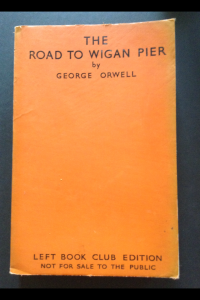 had set up his publishing house a few years earlier, but had not been impressed by bookshops unwilling to stock his radical left literature. Gollancz’s motivation was  expressed in an early brochure, “… it is to help in the terrible urgent struggle for World Peace, and a better social and economic order and against fascism…” Poverty, war, and the rise of Hitler were the driving forces motivating the founder.

By the 1930s the Russian Revolution was still less than twenty years old. Communication was relatively slow compared to today, and the brutal repression, cruelty, and vast suffering at the hands of the regime was still unknown in the West in the 1930s. The Russian Revolution had had profound repercussions in Britain, not least by instilling hope that a new society was possible.  The rise of fascism in Germany was the third element motivating Gollancz.

Victor was of Jewish origins, closely related to Rabbi Professor Sir Herman Gollancz, and Professor Sir Israel Gollancz.  He had been educated privately at St Paul’s school in London and took a degree in classics at New College Oxford.  He began his own publishing house in 1927. Victor was deeply conscious of the Jewish Question. John Strachey, a future Labour Party Cabinet member described Gollancz as a “capitalist and socialist man of the world and latter day saint: Jew and Christian: rationalist and theologian: rebel and traditionalist.”

He had been brought up in a liberal Jewish family and been deeply influenced by Marxism.  Victor Gollancz threw himself into the book club, managing to bring into the organisation many of the leading people of a left disposition from all walks of life. Most importantly many people from the British Labour Party and the Communist Party gave their support for the activities of the club. The club attracted liberals, unattached progressives, and a wide range of working people.

Many decades later, I came across an itinerant craftsman, repairing huts on an allotment that I had joined. I had been so pleased to be offered a plot of land,  that I had not minded that the hut that adjoined the plot was leaning dangerously. Chummy, I was told, would repair it for me if I bought him a few beers and if he liked me. We soon found that we had much in common, and one day, when he asked me into his house,  I saw a long line of pink, dog eared books from  the Left Book Club. He had had these for 50 years .  These books were his pride and joy. The book club offered him and all its members a sense of direction and action in a period of history, where hope and the future seemed dark and foreboding. As Gollancz himself saw, “thought is the most revolutionary thing in the world, the more desperate the situation, the greater becomes the necessity”.

Gollancz was clearly a daring and innovative book publisher, determined to reach a mass audience. He created a distinctive and economical house style, which clearly identified the club books from all others. His goal was to create long print runs at low retail prices. At the same time he published a general list of popular fiction and detective stories which helped to secure the publishing house financially.

The idea of a popular book club had originated from The Workers Bookshop, the Communist Party bookseller in 1935, but had never got off the ground due to a lack of capital. Gollancz was interested and immediately asked John Strachey and Harold Laski to join him on the selection committee. Both Gollancz himself and all he managed to recruit threw themselves into the club with missionary zeal. Gollancz had both business acumen and management skills. He wrote all the clubs advertising and brochures himself.

Some of the authors were American, many had no party affiliation. The subjects covered everything that was important at that moment in history, including the nature and character of the Soviet Union, its new educational system, public medicine for all, and  the position of women.  There were books on Socialist and Marxist theory… truly another world was possible.

Gollancz was not just brilliant as an editor and public organiser, he knew the business of publishing 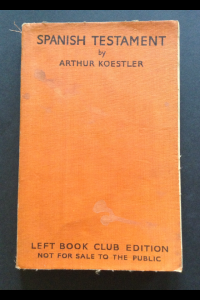 inside out. Distribution has always been a tough nut to crack, especially with a heavy, low priced object like a book.  Gollancz innovated in his distribution, using local bookshops for collection to avoid the costs of postage. Instead he motivated the good will of the local bookseller.  The bookseller collected the names and addresses of local members and the booksellers posted off the books.  Over 4000 booksellers by 1938 were involved.   The club also produced a monthly newsletter, around 32 to 48 pages long. This too was distributed through the bookshops. Left News kept Gollancz in regular touch, directly with his market place, with reviews, news, and announcements of club activities.

The club was more than itself, it was a political movement and an education system of left politics. Local discussion groups sprang up all over the country. Within a few months of its formation in 1936 there were over 100 such groups. They were such a success that Gollancz appointed a full time officer to direct their activities. The groups blossomed: lectures, film shows, theatrical productions and political educational classes followed. Leaflets and pamphlets spread the word. The discussion groups then became the framework through which a Left Book Club speakers’ circuit was established. Local halls were hired bringing in further members. The dynamic of the movement led to a Theatre Left Book Club Guild, stimulating a connection with the art world. From this beginning further specialist groups developed, for poets, actors, scientists, musicians, teachers, doctors, and a range of others. Proletarian groups of every description sprang up across the country. Within 18 months of setting up, the club was able to call a national rally that filled the Albert Hall. Further rallies were called at major venues in cities around the country.

The success of the club was immediately apparent as summer schools and conferences for specialist groups followed. The Left Book Club was able to mobilise people and rallies at short notice. The movement had touched the public consciousness. Its success was reflected in that liberals, socialists and communists had come together politically for probably the first and last time in Western history!

By the end of the Second World War the club was more or less finished. The leadership and club members became increasingly divided. Until the advent of the war the club had easily taken a political position on every major issue. The Nazi German pact destroyed the unity of the movement. The adulation for the Soviet Union had ceased, or was tempered with doubt. Many members resigned. But the club continued throughout the war, and took up the reigns to prepare for a post-war world.

By 1940 membership had dropped from 57,000 to 36,000, and by 1941 the monthly sections were down to print runs of around 10,000 copies. The defence of Stalingrad increased the popularity of the club again and by 1945 the monthly print run was up to 18,000 copies. These numbers would make any subsequent Socialist publisher drool with envy. After the defeat of Nazi Germany the immediate political issues that had sustained the club fell away; these included the economic crises, the Spanish civil war, the agitation for collective security, and the idea of the popular front. Most importantly Gollancz’s own focus changed, as he turned to relief for Germany and nuclear disarmament. The focus of the fight for a just society had shifted once again, and the special brand of a brilliant leader had changed. After 1945, in part thanks to the Left Book Club, a welfare state had been established, and, except for a few short years of austerity, standards of living in Britain rose year after year up to the 1970s.’

Find out about the books the LBC have included in their new collection here.