by Raquel Lima
BUY THE BOOK

Raquel Lima writes from Portugal, where life for the working class and oppressed minorities is only getting worse under the pandemic, largely due to government measures. Raquel is a member of the Anti-Racist Nucleus of Coimbra, who work to provide solidarity and mutual-aid through educational and political programs for racial minorities in the region. She is also a contributor to the book Pandemic Solidarity.

As we approached the declaration of a state of emergency enacted in Portugal on March 18, with social confinement as its central strategy, there arose many contradictions and hurdles surrounding the abilities of vulnerable communities to comply to the new universal measures. The problems were multiple and complex, and more apparent in poorer and non-white neighborhoods. In this article, I will cover a number of questions that were asked within these communities and the related activist networks, as well as look at the relationship between Covid-19 and race on the international stage.

The problems were immediately clear: 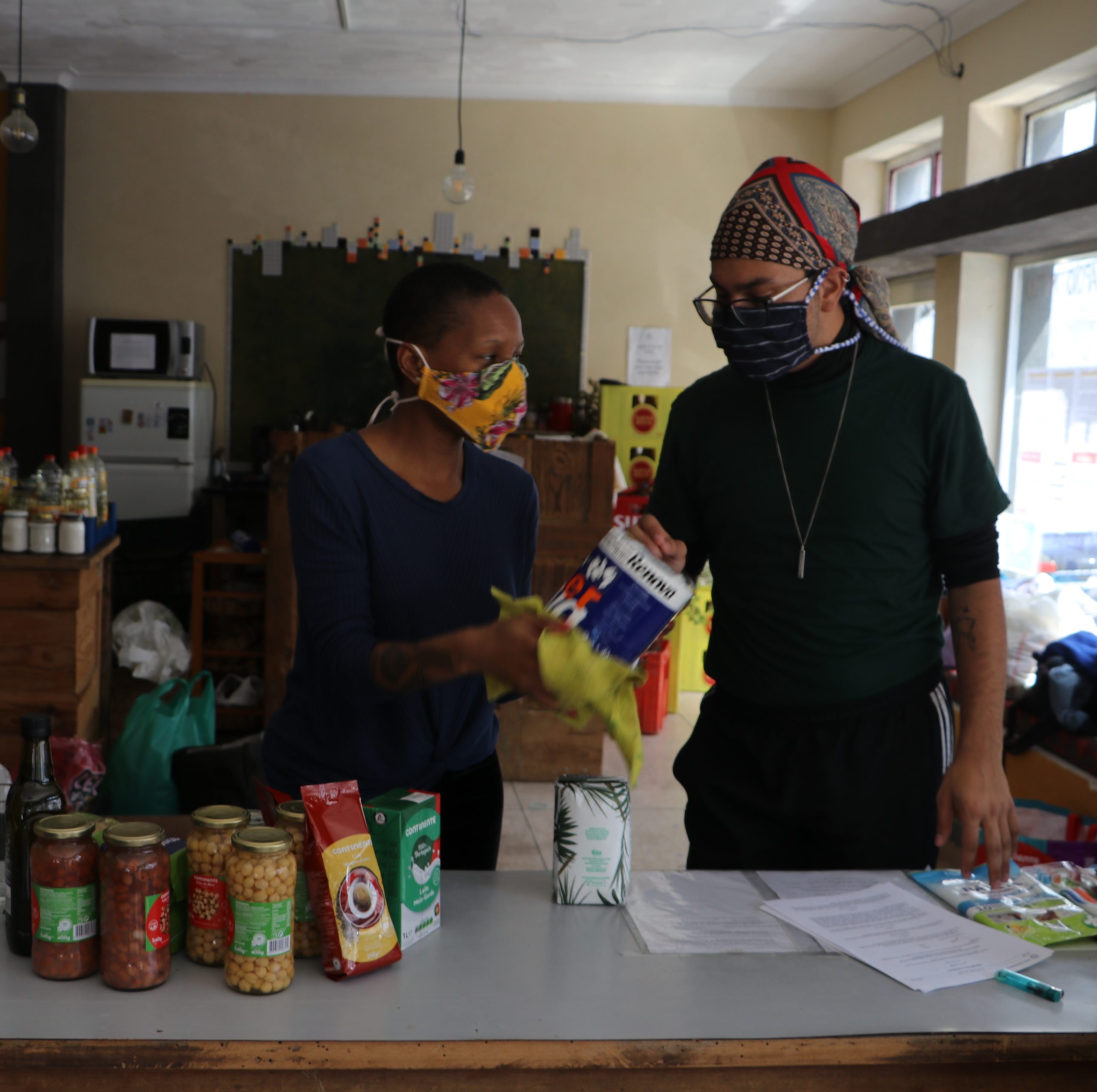 As a result of these questions, several solidarity campaigns have sprung up, which have garnered immediate popular support across the country. Communities are concerned that there is no long-term strategy for the redistribution of resources considering the social and racial inequalities in Portugal, and with the knowledge that social distancing is only an option for the most privileged. It will quickly prove to be economically unsustainable and politically unviable for many people, especially the people who must choose between starving or dying from the virus.

What we know is that we must obtain comparable data on the situation of racialized communities in the context of the Covid-19 pandemic in Portugal, so that public policies can be adjusted to the specific realities and contexts of our communities. This is even more pertinent if we consider the possibility of the number of infected low-skilled workers (nursing assistants, cleaning professionals, persons in charge of transporting patients etc.) exceeding the number of doctors and nurses infected in Portuguese hospitals and nursing homes. If we look at hospital staff in the Lisbon region, it is clear that a large percentage of these workers come from communities whose living conditions and illnesses are often omitted in generalized statistical constructions to hide the  reality in a society that is already divided along a race and class lines

And, of course, this issue is not confined to Portugal. In the US, Brazil and the UK, recent evidence shows that Black people and other “minorities” are disproportionately affected by the virus in devastating ways. According to the ProPublica report, in Milwaukee County, Wisconsin, 81% of deaths were Black, while the Black population of this municipality represents only 26% of the whole. As for Chicago, the WBEZ reported that ‘70% of Covid-19 deaths are Black’ and pointed to Cook County: ‘While Black residents represent only 23% of the county’s population, they represent 58% of deaths from Covid-19’. Detroit News reported: ‘At least 40% of those killed by the new coronavirus in Michigan so far are Black, a percentage that far exceeds the proportion of African Americans in the region and in the state of Detroit. Blacks also represent 41% of the 274 coronavirus-related deaths in Illinois, compared with 106 or almost 39% of whites who died after positive tests for the virus.’[1]

In two weeks, the number of Black people dying from Covid-19 in Brazil has grown five times. From April 11-26, the deaths of Black patients confirmed by the Federal Government grew from just over 180 to more than 930. In addition, the number of Black Brazilians hospitalized for Severe Acute Respiratory Syndrome (SRAG) caused by coronavirus increased 5.5 times. The increase in deaths of white patients was much slower: in the same two weeks, the number reached just over 3 times, and the number of hospitalized white Brazilians has increased at a similar rate.[2]

In the UK, Black, Asian and other ‘minority ethnicities’ (BAME) in the National Health Service could be pushed from the frontlines in government plans to reduce the disproportionately high death rate from Covid-19. The Guardian revealed in May that minority groups were overrepresented by up to 27% of the total death toll in Covid-19. In addition, 63% of the first 106 health and social care workers who died from the virus were Black or Asian, according to the Health Service Journal. Different reporters have analyzed the numbers to explain why BAME people may be more at risk.[3]

In Portugal, as in a number of other countries, it is increasingly necessary to analyze the general disparities in health outcomes through a racial approach, to ensure that our communities can access the care they need and ensure that resources are directed where they are most needed, and not based on color blind policies.

Raquel Lima is a PhD Candidate in Postcolonialism and Global Citizenship from the Centre for Social Studies at the University of Coimbra with a research interest focus on orature, slavery and afrodiasporic movements. As a member of the Anti-Racist Nucleus of Coimbra, she was part of the Anti-racist Campaign for Immediate Support of Coimbra during the state of emergency. The campaign was able to support 40 families, for a total of 189 people, most of the support being with basic food baskets, but some also extreme situations such as buying medicines or avoiding threats of eviction (which was supposedly prohibited during the pandemic). Their objective is to prepare a detailed campaign report that serves to denounce the absence of the State in the monitoring and protection of racialized people in the city.

Title photo: A resident sits outside in Jamaica on the outskirts of Lisbon on June 9. Credit: JOSE SARMENTO MATOS/BLOOMBERG

Body photos: Activists working at the Network for Mutual Support in Oporto. Courtesy of Dori Nigro/NARP