by Michele Filippini
BUY THE BOOK

Antonio Gramsci died on the 27th April 1937, 80 years ago today. In this blog, Michele Filippini, author of Using Gramsci: A New Approach dissects the evolving function of Gramsci’s work, exploring the move from a historically conscious reading that shaped politics in practice, to the interdisciplinary appeal of the new theoretical impulse.

Using Gramsci is part of our Reading Gramsci series that reveal and analyse specific aspects of Gramsci’s work, raising new questions about our contemporary history.

‘Those who do not produce things (in the wide sense) cannot produce words’ – Antonio Gramsci, 1912

In 1987, Eric J. Hobsbawm wrote an article for the Italian journal Rinascita, informing readers that Antonio Gramsci was among ‘The 250 most cited authors in the Arts and Humanities Citation Index 1976–1983’. This ranking of famous names from the sixteenth century onwards, only included another four Italians: Giorgio Vasari, Giuseppe Verdi, Benedetto Croce and Umberto Eco. The publication date of the index is significant: Gramsci died on 27 April 1937, and as this citing indicates his fame was very much of a posthumous nature, beginning at the end of the Second World War with the publication of the thematic volumes of his prison writings.

So, what happened during the thirty-year period to transform a leading political figure, the Secretary of the Italian Communist Party, imprisoned by the Fascist regime, into a leading intellectual figure for the international left, but also a classic in political theory?

This success was influenced in particular by the political-cultural atmosphere in Europe and the USA during the 1960s and 1970s, as well as by an intense period of anti-colonial and emancipation movements in the rest of the world. During this period, Gramsci’s writings were divulged to the four corners of the world, in the wake of the publication of a famous anthology of the Prison Notebooks in English. This initial phase of the internationalization of Gramsci’s thought was characterised by the political use of his writings within the context of emancipatory struggles that were quite different from the struggles Gramsci himself had been involved in: struggles against Latin American dictatorships, against colonial regimes in Asia and Africa, for civil rights in Europe and the USA and also in favour of Eurocommunism.

This initial phase has since been accompanied by a second phase coinciding with the start of the new millennium. In the last fifteen years, there has been a strong revival of interest in Gramsci’s work. While the first phase was characterized by its evocation of the historical experience of international communism, aided by the hagiography of the martyr of the Fascist regime, and based on the attempt to identify a version of socialism different from that of the USSR. This second wave of interest has proven capable of reaching the most varied of cultural contexts and disciplines and is founded on a less constrained approach to Gramsci’s historical experience. Although this has at times led to interpretations and ‘uses’ of Gramsci’s writings that are of a misleading nature, and caused the arbitrary disengagement of his concepts from the Marxist and materialist sphere in which they were forged. Nevertheless, in the majority of cases the ‘political character’ of Gramsci’s writings, together with their emancipatory and critical spirit, have been largely preserved.

The new approach to Gramsci’s work adopted in 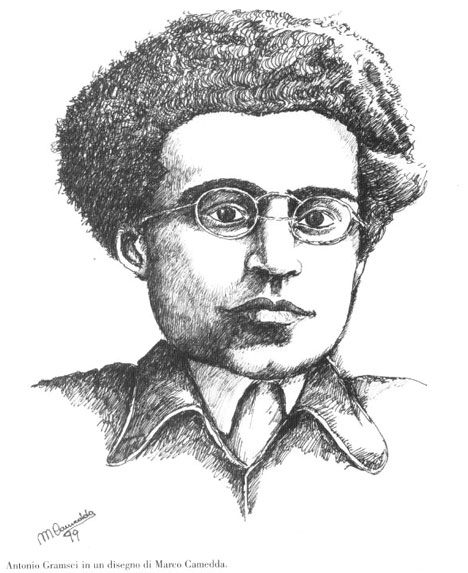 my book Using Gramsci is set within the context of this ‘shifted’ use of Gramsci’s theoretical instruments across a broad range of disciplines (political science, education and pedagogy, language, cultural studies, international relations, subaltern and postcolonial studies, anthropology, geography). This is an attempt to provide scholars of these disciplines with an interpretation of Gramsci’s writings, offering a precise historical/theoretical reconstruction that is, however, devoid of all the esoteric features that normally characterize a restricted and specific community of scholars.

In contemporary debate, Gramsci’s concepts are caught in a bind: they are in danger of being diluted to such an extent that they are no longer useful, on the one hand, and of remaining hostage to the historical circumstances that produced them, on the other hand. To get around the first of these two problems, Gramscian discourse needs to be reconnected to the large-scale changes taking place at the time he wrote; however, in order to resolve the second problem, like all classics, said discourse needs to be rendered available to contemporary analysis, which sees the present characterised by different, but no less epoch-making, changes.

An indication of this kind was offered by Gramsci himself when he wrote that the:

‘Search for the Leitmotiv, for the rhythm of the thought as it develops, should be more important than that for single casual affirmations and isolated aphorisms’.

As rightly claimed by Alberto Burgio, what is felt in this quotation is ‘the genuine concern that an overly respectful reader may prove the least well equipped to understand. Gramsci is aware of the paradox whereby the actual fetishism of writings may, in the case of the Prison Notebooks, produce perverse effects, causing the author to be attributed with positions and thoughts that in reality may be the exact opposite of those actually held’. One of the aims of this new use-focussed approach is thus to follow the rhythm of Gramscian thought, and to provide a solid basis for those wishing to utilise his categories in the fields of sociology, political science and the social sciences in general. The path followed is somehow in an upward direction, from the individual to society, although the central theoretical problems remain the same, all of which are linked to the changes brought by the advent of mass politics, which had generated ‘social governance’ needs previously unheard of. Looked at from this point of view – that of a mass, politicised society – Gramsci reformulated the Marxist vocabulary of his time, and one century later has provided us with a conceptual toolkit that can be used to understand the contemporary crisis of a world that Gramsci himself had witnessed
emerging.

Michele Filippini is Researcher in the Department of Political and Social Sciences at the University of Bologna. He is the co-ordinator of the digital library Gramsciproject.org and has been in the board of the International Gramsci Society, Italy. He is the author of Leaping Forward: Mario Tronti and the History of Political Workerism (Jve-Crs, 2012).

Using Gramsci: A New Approach by Michele Filippini is available from Pluto Press.

Find out more about the Reading Gramsci series here.