by Françoise Vergès
BUY THE BOOK

This is an extract from A Decolonial Feminism by Françoise Vergès, published in April 2021 by Pluto Press.

White Women and Women of the Global South

White women do not like to be told they are white. To be white is to be constructed as a being so ordinary, so devoid of characteristics, so normal, so meaningless that, as Gloria Wekker points out in White Innocence,[1] it is practically impossible to make a white woman recognize that she is white. You tell her, and she’s upset, aggressive, horrified, practically in tears. She finds your remark ‘racist.’ For Fatima El-Tayeb, arguing that modern European thought has given birth to race is an intolerable violation of what is dear to Europeans, the idea of a ‘colorblind’ continent, devoid of the devastating ideology that it has exported throughout the world.[2] The feeling of being innocent is at the heart of this inability to see themselves as white and thus protects them from any responsibility in the current world order. Therefore, there can be no white feminism (since there are no white women), only a universal feminism. The ideology of women’s rights that civilizational feminism promotes could not be racist, since it comes from a continent free of racism. Before continuing, it should be reiterated— since any reference to the existence of whiteness leads to an accusation of ‘reverse racism’—that it is not a question of skin color nor of racializing everything, but of admitting that the long history of racialization in Europe (through anti-Semitism, the invention of the ‘Black race’ and of the ‘Asian race,’ or the ‘East’) has not been without consequences for the conception of human beings, sexuality, natural rights, beauty, and ugliness. Admitting to being white—that is, admitting that privileges have historically been granted to this color—would be a big step. By privileges, I even mean ones as banal as being able to enter a store without being automatically suspected of wanting to steal, or not being systematically told that the apartment you want is already rented, or being naturally taken for the lawyer rather than the assistant, the doctor rather than the nurse, the actress rather than the cleaning lady. There are admittedly white women who have shown, and are showing, deep solidarity with anti-racist political struggles. But white women also need to understand how tiring it is, always having to educate them about their own history. After all, whole libraries on this topic are available to them. What is holding them back? Why are they waiting to be educated? Some say that we are forgetting about class, that racism was invented to divide the working class, that, paradoxically, we bolster the far-right by talking about ‘race.’ It is always up to racialized people to explain, justify, and accumulate the facts and figures, while neither facts, figures, nor moral sense change anything in the balance of power. Reni Eddo-Lodge expresses a familiar and legitimate feeling when she explains “why I am no longer talking to white people about race.” Claiming that the debate on racism can take place as if the two sides were equal is illusory, she writes, and it is not for those who have never been the victims of racism to impose the framework of the discussion.[3]

The white woman was literally the product of the colony. Philosopher Elsa Dorlin explains how, in the Americas, the first naturalists took sexual difference as their model for the concept of ‘race’: Amerindians in the Caribbean or imprisoned slaves were taken to be populations with pathogenic, effeminate, or weak temperaments. The definition of a “sexual temperament” moved, Dorlin writes, to that of a “racial temperament.” She concludes that the body-politics of the nation was grounded in the opposition between the feminine model of the “mother”— white, healthy, and maternal—and figures of a “degenerate” femininity—the witch, the enslaved African.[4] European women did not escape the epistemological division that took place in the sixteenth century and rendered a significant wealth of knowledge ‘non-existent.’[5]  In their view, women in the South were deprived of knowledge, a real concept of freedom, of what made up a family or constituted ‘a woman’ (not necessarily linked to gender or sex defined at birth). Perceiving themselves to be victims of men (and, indeed, they legally remained minors for centuries), European women do not see that their desire for equality with European men was based on the exclusion of racialized people. Nor do they see that the European conception of the world and modernity (of which they are themselves a part) relegated those who belonged neither to their class nor to their race to de facto and de jure inequality. When European women make their experience (often the experience of bourgeois women) universal, they contribute to dividing the world in two: civilized/barbarian, women/men, white/Black, and the binary conception of gender becomes universal. María Lugones has spoken of the “coloniality of gender”: the historical experience of colonized women is not only that of racial devaluation,[6]  she writes, but also of sexual assignment. Colonized women were reinvented as “women” in light of the norms, criteria, and discriminatory practices used in Medieval Europe.[7]  Racialized women have therefore faced a double subjugation: that of colonizers and that of colonized men. The Nigerian feminist philosopher Oyerónké Oye˘wumí also questions the universality of Euro-modern gender formations. She sees this universality as the manifestation of the hegemony of Western biologism and the domination of Euro-American ideology in feminist theory.[8]

Feminism and Its Repression of Slavery

By drawing an analogy between their situation and that of slaves, European feminists denounced a position of dependence, a status of minors-for-life. But in doing so they erased the central elements of slavery—capture, deportation, sale, trafficking, torture, denial of social and family ties, rape, exhaustion, racism, sexism, and death that framed the lives of female slaves—appropriating through analogy a condition that was not theirs. It is not denying the brutality of masculine domination in Europe to insist on its distinction from colonial slavery. The Enlightenment, the century of the publication of historical feminist texts for the European continent, is also the century when the Transatlantic Slave Trade peaked (70,000 to 90,000 Africans trafficked per year, whereas up until the eighteenth century, the figure was 30,000 to 40,000 per year). The (few) French abolitionist feminists of the eighteenth century used a sentimentalist vision, a literature of pity, to denounce slavery as a crime.[9]

They did not reject the civilizing mission; they only wanted to ensure that its feminine side would be respected. They created schools for colonized girls, encouraged service and domestic work, protested against abuse, but never attacked colonization itself. They accepted its structure and institutions, finding in the colony the possibility of deploying the principles and values of their feminism, which adhered to the colonial republican order. Faced with the colonists’ hostility, they sublimated their actions.

What were the genders under slavery? Enslaved women were Black and women, but on the plantations all enslaved human beings were beasts of burden. In the eyes of slave owners, Black women were sexual objects and not human beings whose gender would require them to be treated with gentleness and respect. As slaves, their legal status was as objects and therefore they did not fully belong to humanity. In other words, gender does not exist in itself; it is a historical and cultural category, which evolves over time and cannot be conceived in the same way in the metropole and the colony, nor from one colony to another, or even within one colony. For racialized women, affirming what it means to be a woman has been a battleground. Women, as I said, are not a political class in itself.

[5] For more on this, see Boaventura de Souza Santos, Epistemologies of the South: Justice Against Epistemicide. London: Routledge, 2014.

[6] The term Verges uses here—‘minoration’—has both the sense of devaluation and the sense of placing someone in the (legally and culturally) inferior or dependent position of children. —Trans. 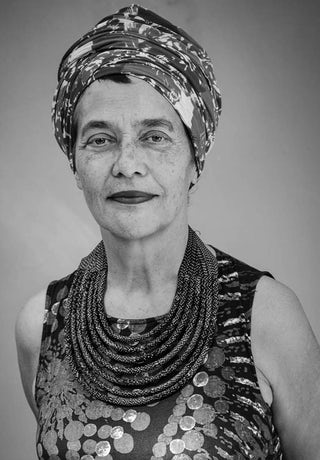 Françoise Vergès is an activist and public educator. She holds a PhD in Political Science from the University of California, Berkeley, and is the author of many books including Resolutely Black. Conversations with Aime Cesaire (Polity, 2019), The Wombs of Women: Race, Capital, Feminism and Monsters and Revolutionaries: Colonial Family Romance and Metissage (Duke University Press, 2020, 1999).

A Decolonial Feminism is a Winner of an English PEN Award 2021, and was translated by Ashley J. Bohrer with the author.