by Agnes von Alvensleben and Anja Flach
BUY THE BOOK

The bitter struggle of the Kurdistan Workers’ Party, or PKK, against the Turkish state has delivered inspirational but often tragic stories. Kurdish revolutionary Sakine Cansiz is one of them. Sakine, whose code name was ‘Sara’, co-founded the PKK in 1974 and dedicated her life to its cause. In this blog, Agnes von Alvensleben and Anja Flach, co-author of Revolution in Rojava, consider the life of the ‘Kurdish Rosa Luxemburg’.

To find out more on the life of Sakine Cansiz, her memoirs, Sara: My Whole Life Was a Struggle, are available for the first time, in English, with a translation by Janet Biehl.

For everyone connected with the Kurdish freedom movement, the world stood still on January 9, 2013.  On that day in Paris, one of its most important personalities, Sakine Cansız, was killed, along with her comrades Fidan Doğan and Leyla Şaylemez, in a political assassination. One year later an edited version of the present book, which Cansız wrote in the 1990s, appeared in Turkish.  This significant document describes the first steps of the revolution from the point of view of one of its significant leading figures. At the same time, it is the first part of the life story of a remarkable woman who was a friend and model for us. 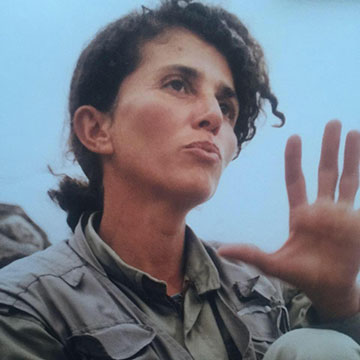 So, we set out to make it available to German readers as well. The winter of 1995–1996 was very rainy in South Kurdistan. Normally the Kurdish guerrillas use the winter months for education and regeneration. But that winter the Turkish army, in collaboration with the KDP,1 undertook a military operation against the PKK.  Military helicopters circling above the Zap region bombarded their positions. Turkish fighter jets shot missiles into the narrow ravines. Wood was scarce, so the provisional tents were improvised from plastic sheeting and crooked oak logs—they were damp and cold inside. Even the headquarters, where Cansız stayed, was warmed only by a smoky potbellied stove. During this time, sitting on the damp muddy ground, she wrote her memoir on a decrepit typewriter.

She was one of the first women to join the Kurdish freedom movement, before it even had a name. She was one of only two women to participate in the PKK’s 1978 founding congress.  In May 1979 she was arrested, and like everyone who refused to buckle under arrest or betray her comrades, she was tortured harshly. She was the first woman from the Kurdish freedom movement to mount a political defense in court. Among the prisoners she was considered a leading personality. For 12 years in various Turkish prisons, she maintained a resistance. Soon after her release in 1991, she did legal work at the party academy in Lebanon and from there went to the guerrillas in the mountains.

Starting in the late 1990s, she lived mainly in Europe. In 1998 France granted 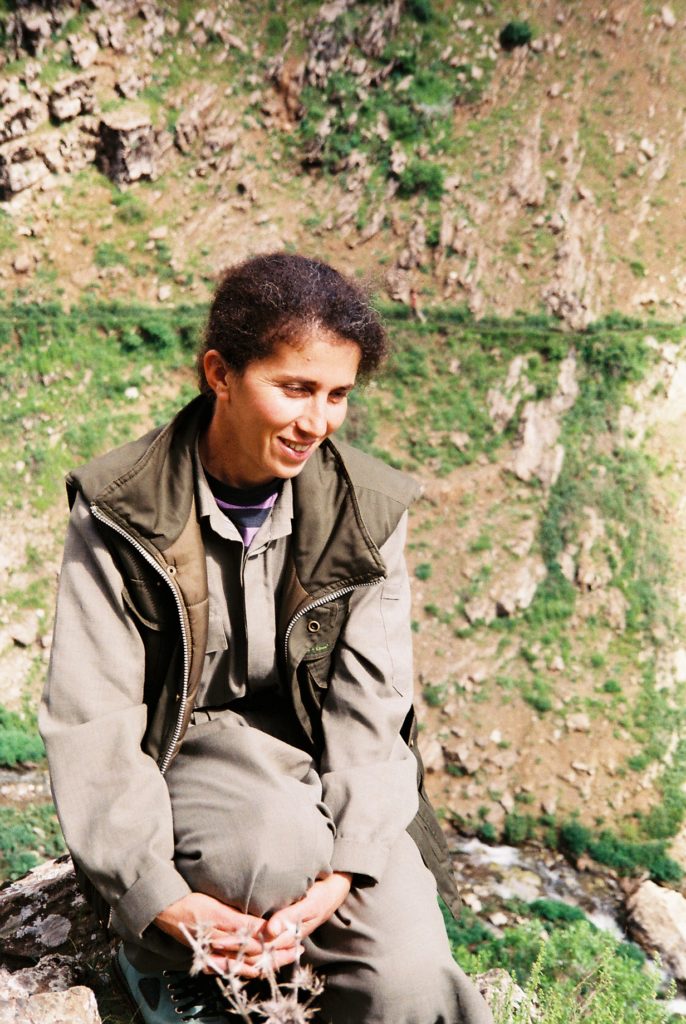 her political asylum. In March 2007 at the request of Turkey she was detained in Hamburg pending extradition, but in April, following massive protests, she was released. The present book, a product of the 1990s, recounts the history of the Kurdish movement through the lens of the era’s ideological and political conflicts. In 1979, shortly before Cansız’s arrest, the idea of a freestanding women’s organisation and making a social analysis from a woman’s viewpoint was still new. In this book she describes the enthusiasm with which she dedicated herself to the work. In 1995, when she began writing her life story at the request of PKK chairman Abdullah Öcalan, the first official women’s congress was taking place. As well, the first official women’s units were being formed, for which the women felt enthusiasm but also self-doubt and fear of being relegated to nonfighting units.

Today the Kurdish freedom movement finds itself in an entirely different place. Autonomous women’s organizing in all areas of life is now a matter of routine. Women are regarded as innovators and have built their own institutions everywhere. Women are equally represented in all committees within the movement.  Sakine Cansız shaped and propelled this development. Gültan Kışanak, mayor of the Kurdish metropolis Diyarbakır, has rightly called her the ‘Kurdish Rosa Luxemburg.’

We personally knew Sakine Cansız as a courageous, determined, and thoroughly warm woman who shared in all areas of work with modesty and humor. She tirelessly connected with and inspired people of diverse heritages to contribute their abilities to the Kurdish revolution. Once she made contact with someone, she kept nurturing the connection. She remains for us an unforgettable model, with her self-discipline, her erect bearing, and her receptiveness to all questions pertaining to freedom.

The murders of Sakine Cansız, Fidan Doğan, and Leyla Şaylemez have not been officially solved even to this day. Numerous factors point to a contract murder carried out by the Turkish intelligence agency MİT, but no one has yet been charged, tried, or convicted. With the translation of this book, we wish to keep the memory of Sakine Cansız and her friends alive and to continue their struggle.

Sara: My Whole Life Was a Struggle is available from Pluto Press.

Anja Flach is an enthnologist and member of the Rojbîn women’s council in Hamburg. She spent two years in the Kurdish women’s guerrilla army and has previously published books about her experiences. She is the co-author of Revolution in Rojava: Democratic Autonomy and Women’s Liberation in Syrian Kurdistan and the German translator of Sakine Cansiz’s memoirs.