Whose revolution? On the centenary of the October Revolution

Team Stalin? Team Trotsky ? Who does the Russian Revolution belong to?

The gap between the organised Left and street protest grows ever wider. This is manifest in the failure to connect the discourse around the centenary of the Russian Revolution – an icon and bastion of the Old Left – with the recent Women’s March and Stomp Trump Protests – a lure for young newcomers, fresh to the struggle.

One of the main reasons this failure to connect one popular struggle with another is the way in which the Russian Revolution – the most misunderstood event in modern history – has long been caricatured. Essentially, it is conceived as the work of a brilliant leader (Lenin), an underground party (the Bolsheviks), and a carefully managed, military-style coup (the October Insurrection). In my book, A People’s History of the Russian Revolution, I seek to disprove this: arguing that the Russian Revolution was, above all, an explosion of mass democracy and self-activity from below.

Returning to the caricature, it has been the central thread that runs through a variety of historiographies on the Russian Revolution. Most recently, historian Simon Sebag Montefiore, writing in that veritable quarry of political insight, the London Evening Standard, provides an example of the right-wing, ‘bourgeois’ version, largely dominant in mainstream academic and popular writing these days:

‘It is naïve (or maybe too early) to compare the disaffection of the Brexit or Trump elections with the violence, class war, and secret-police terror of the great revolutions, French, Russian, or Iranian. The real parallels today lie in methods and style – the cold powerbroking and political culture of Lenin, Stalin, and their successors: on the one hand, the cult of ruthless power; on the other, the culture of disinformation to delegitimise democracy, truth, and other liberal hypocricies.’

Poor old Lenin! He’s clearly going to have to weather a tough centenary year, he is even to blame for Trump.

But however pitifully weak the analysis offered by right-wing historians like Montefiore may be, the Left has not helped either. For the two other variants of the caricature are the property of the Stalinist and Trotskyist Left respectively.

Unreconstructed Stalinism lingers on. There are still people around who equate the explosion of mass democracy and self-activity that was the revolution with the monstrous dictatorship and mass murder that was Stalinism. So the ‘Lenin leads to Stalin’ thesis – the conflation of revolution and counter-revolution – is not restricted to commentators like Montefiore on the Right. There are sincere, hard-working, veteran activists on the Left who are saying pretty much the same. If you think Stalin was Lenin’s successor and that the totalitarian dictatorship of the 1930s was the linear descendant of the workers’ democracy of 1917, you are peddling the Montefiore line, only with a seal of approval. 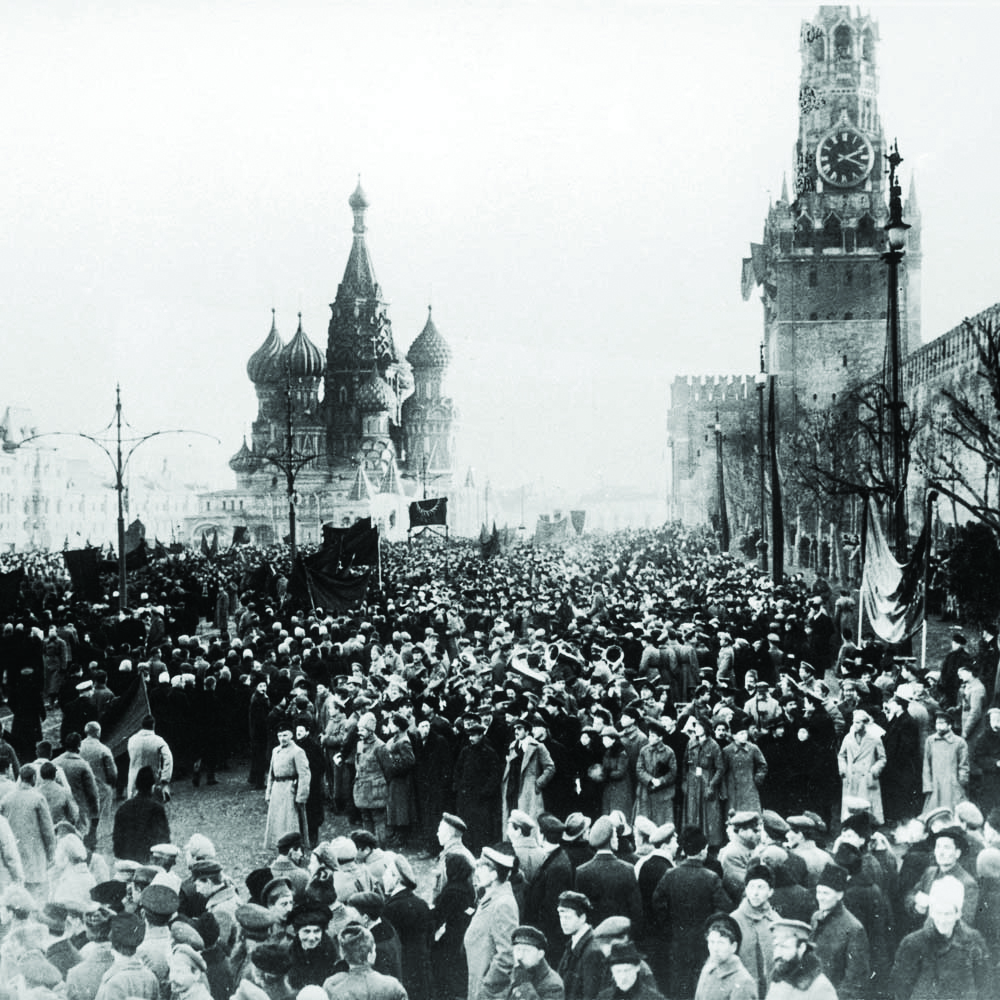 The Trotskyist variant follows; Lenin created a party of a new sort, a tightly disciplined ‘democratic-centralist’ party, an almost military-style combat organisation designed to wage class struggle and mount an armed insurrection, this was a machine-like Bolshevik Party that seized power in the October Revolution, won the Civil War, and set about the socialist transformation of Russia. This Trotskyite variant makes it easier to sustain the bourgeois and Stalinist argument. If Lenin’s party was a top-down, democratic-centralist organisation, perhaps it is easier to understand how the Bolshevik regime became a dictatorship, and how Stalinist totalitarianism developed out of it in the late 1920s.

But none of this is really true. Perhaps the single most famous example of the supposed ‘democratic-centralist’ principle in action: the decision to launch the October Insurrection. Enormous attention is always focused on the meeting of the Bolshevik Central Committee on 10 October. Lenin, desperate to persuade reluctant colleagues to call the insurrection, arrived in disguise, in wig and spectacles and without beard. The meeting lasted ten hours, the final vote, scribbled on a sheet of paper from a child’s notebook, was ten to two in favour of Lenin’s uprising. However, this was not the decisive moment historians let you think it was: hesitation and vacillation continued, with Zinoviev and Kamenev (the outvoted minority) triggering a second debate on 16 October. They lost the vote again and published an open denunciation of the decision in a socialist newspaper. Stalin, one of the two editors of Pravda, the Bolshevik paper, criticised Lenin’s ‘sharp tone’ and expressed agreement ‘in fundamentals’ with Zinoviev and Kamenev. 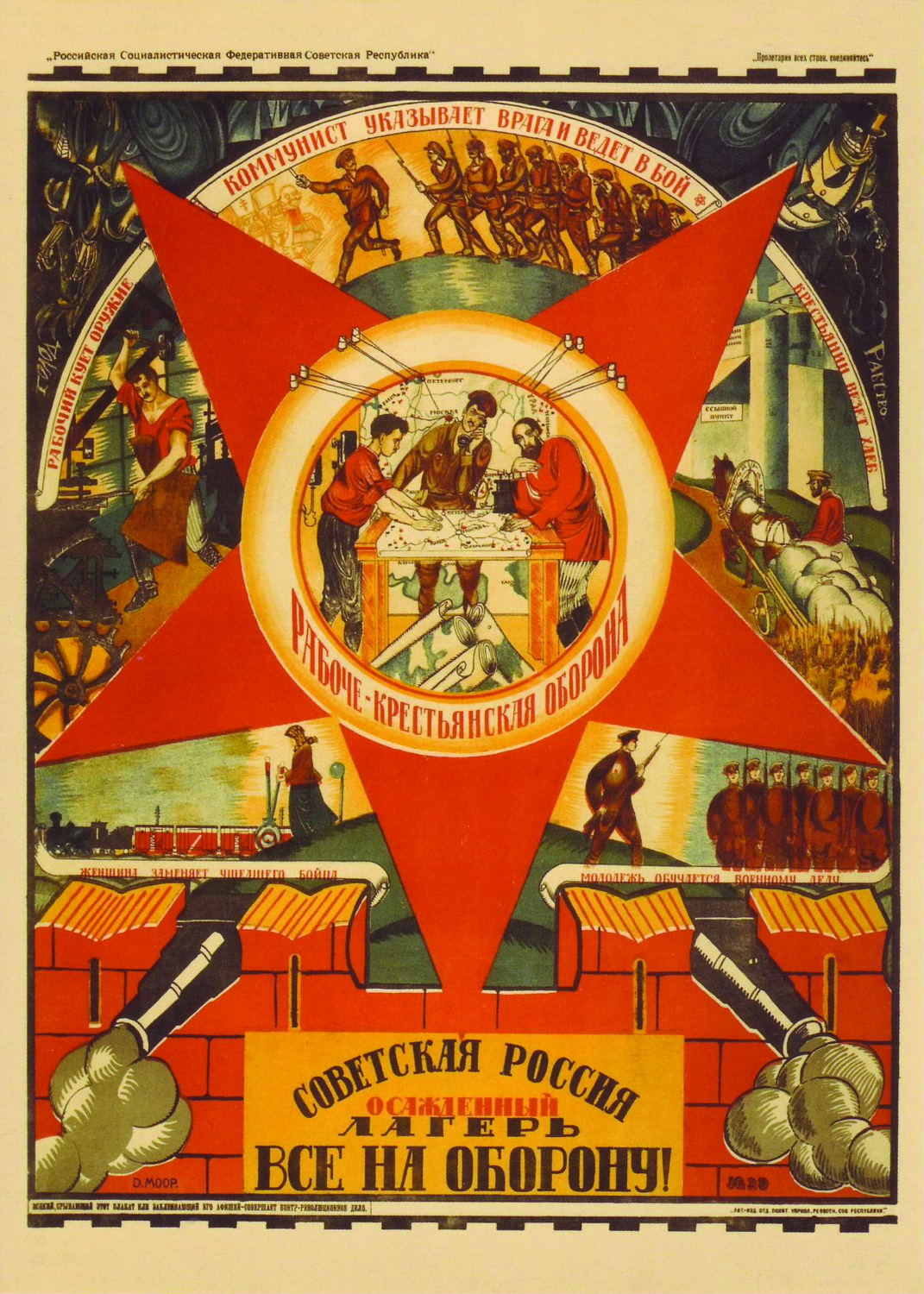 The Committee meeting weighs heavy in the history books, but was somewhat inconsequential. The Bolshevik rank-and-file, embedded in a vast network of popular assemblies, heading up a mass movement throbbing with revolutionary energy, were in motion. And another body – not the wobbling and tentative Bolshevik Central Committee – was to provide the essential command and control: the Military Revolutionary Committee chaired by Leon Trotsky.

Though Trotsky had joined the Bolshevik Party and now sat on its Central Committee, he also acted as Chair of the Petrograd Soviet (the mass democratic assembly of the workers, soldiers, and sailors of the capital), as well as being Chair of the Military Revolutionary Committee, the Soviet’s military high command. So Trotsky – the supreme architect of October – was accountable to the Petrograd Soviet, a mass democratic assembly of the whole of the urban working-class, and not to the Bolshevik Central Committee, this is probably just as well, since they were too busy waging an internal faction-fight to organise an armed insurrection to seize state power.

Trotsky organised the insurrection with the active support of tens of thousands of working-class activists embedded in a mass democratic movement which represented the overwhelming majority of the people of Petrograd. By the time the insurrection began – on 20th October – the Bolshevik Central Committee had become effectively irrelevant. The ordinary members, and the masses who had elected them as rank-and-file leaders, had taken matters into their own hands. Orders to the masses came down from the Military Revolutionary Committee, and they were obeyed – because the MRC was the expression of the democratic will of revolutionary Petrograd.

‘Between the saints as the Church paints them and the devils as the candidates for sainthood portray them, there are to be found living people. And it is they who make history. The high temper of the Bolshevik Party expressed itself not in the absence of disagreements, waverings, and even quakings, but in the fact that in the most difficult circumstances it gathered itself in good season by means of inner crises, and made good its opportunity to interfere decisively in the course of events. That means that the party as a whole was a quite adequate instrument of revolution.’

Not a monolith, then, not an embryonic dictatorship, but an effervescent network of activists sufficiently rooted, confident, and determined to act regardless of their own leaders’ vacillation and backsliding.

What was the revolution like? Not like a military coup. Not like an underground conspiracy. To equate it with a movement today, it more closely resembled the Occupy Movement magnified a hundred-fold: an explosion of democracy and self-activity from below, with the power to mobilise millions and sweep away the regime of landlords, profiteers, and warmongers that had lasted for 300 years.

A century on, the Russian revolutionary movement – an eruption of participatory democracy from the social depths – should be held up as an inspiration. We need millions marching against Brexit, Trump, and creeping fascism. We need to turn these millions into a mass movement for radical change.

Neil Faulkner is a leading Marxist historian. A Research Fellow at the University of Bristol, he is the author of numerous books, including A Marxist History of the World (Pluto Press, 2013) and Lawrence of Arabia’s War (Yale, 2016). He appears regularly on TV and was a lead consultant on Sky Atlantic’s The British series.

A People’s History of the Russian Revolution by Neil Faulkner is available from Pluto Press and the Left Book Club.