by David Cronin
BUY THE BOOK

‘His Majesty’s government view with favour the establishment in Palestine of a national home for the Jewish people, and will use their best endeavours to facilitate the achievement of this object.’ So begins the controversial history of the British government’s involvement in the Zionist project, from the Balfour Declaration in 1917 to the present day, encompassing a hundred years of war against the Palestinian people.

In this blog, David Cronin, author of Balfour’s Shadow, chronicles the century of British support for Israel and Zionism. Focusing on the devastating events that were a direct consequence of the Declaration, and the controversial figures that populate the centenary, including Tony Blair and Theresa May, he sheds light on one of the darkest corners of western imperialist policies. 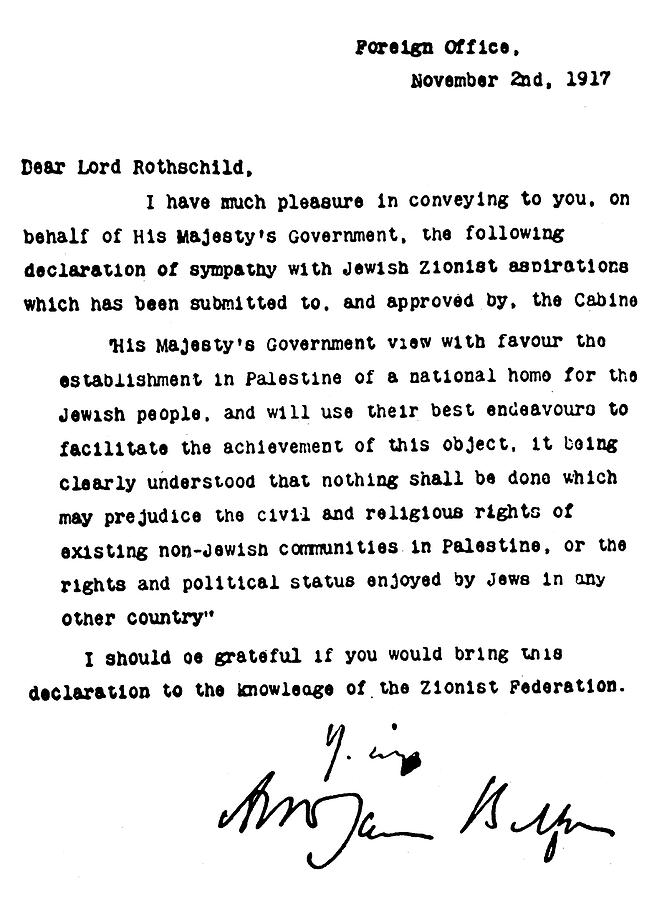 For a century Britain has continued to embrace the Zionist project. A number of British politicians have argued that they are duty-bound to support Israel, given that the Balfour Declaration led to that state’s inception. That does not mean they romanticize Israel. On the contrary, British governments have tended to view Israel as a vehicle for advancing their interests in the Middle East, even to do their dirty work.

That was dramatically so in 1956, when Britain and France persuaded Israel to attack Egypt over how Gamal Abdel Nasser, a staunch opponent of Western imperialism, had nationalised the Suez Canal. The offensive involved Israeli massacres in Gaza that have been omitted from many books on the Suez affair.

Israel was to declare war against Egypt once more in 1967. It did so by making heavy use of British weapons, notably battle tanks. The British embassy in Tel Aviv was pleased at feedback from Israeli generals about how those tanks had performed much better than was expected.

The June 1967 war ushered in a military occupation of the West Bank, Gaza and the Golan Heights that persists to this day. Marking the 50th anniversary of that occupation earlier this year, the London media was mostly silent about how Britain enabled it.

Britain’s policies on the Middle East have become increasingly shaped by the US in recent decades. Ronald Reagan resorted to the kind of duplicity that subsequent American presidents have replicated. He boosted military aid to Israel, while portraying Palestinians as the obstacle to peace. Margaret Thatcher echoed him by branding all armed opposition to Israel as terrorism.

Tony Blair has been demonstrably worse. Despite harping on about justice and statehood for Palestinians, Blair has proven to be a hardcore apologist for Israel.

Blair’s endorsement of Israel’s 2006 attack on Lebanon caused great anger within the Labour Party and the wider public. Yet it did not prevent him from being appointed as what British newspapers called a ‘peace envoy’ for the Middle East on the same day that he stepped down as prime minister. Blair used that position to sanitise the medieval siege that Israel has imposed on Gaza.

Largely unnoticed by the media, the bonds between the arms industries of Britain and Israel have been bolstered in recent times.

The British Army used Israeli cluster bombs during the 2003 invasion of Iraq. The army has flown Israeli drones over both Iraq and Afghanistan, too.

The British embassy in Tel Aviv has even set up a technology centre staffed by Israeli weapons innovators. Along with trying to increase business with Israel, Britain has sought to smear Palestine solidarity activists. Theresa May’s government has invoked a contentious definition of anti-Semitism to muzzle some of Israel’s critics in British universities.

Earlier this year, May signalled that clinching a free trade deal with Israel would be a priority once Britain leaves the European Union. She has identified the right-wing coalition led by Benjamin Netanyahu as a key ally.

May has praised the Balfour Declaration as ‘one of the most important letters in history’ and pledged to mark its centenary with ‘pride’. She appears unfazed by how Britain set in train a process that would deny Palestinians their basic rights. One hundred years later, Britain is trying to perpetuate the injustice it has caused. 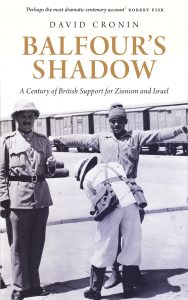 David Cronin is a journalist specialising in European politics. He is the author of Corporate Europe: How Big Business Sets Policies on Food, Climate and War (Pluto, 2013) and Europe’s Alliance With Israel: Aiding the Occupation (Pluto, 2011) and has written for a variety of publications, including the Guardian and Wall Street Journal Europe.

Balfour’s Shadow: A Century of British Support for Zionism and Israel is available from Pluto Press, it’s half price until Sunday.