Woman, life, freedom!
Reflections on the assassination of Sakine Cansiz

The 9th January 2020 marks the 7th anniversary of the assassination of the PKK fighter Sakine Cansiz and her comrades. Here, Janet Biehl, the translator of Sakine’s memoirs, reflects on the ramifications of the murders, and how Turkey’s violence towards our comrades in Rojava continues today.

You can order copies of Sakine’s memoirs from Pluto Press:

Volume I: Sara: My Whole Life Was a Struggle

***You can buy one book, get one free*** Add the books to your cart and enter the coupon code SARA241 at the checkout to apply the discount.

Wednesday January 9th 2013 is a day that will forever be inscribed in the hearts and minds of freedom-loving Kurdish people and their friends. On that grim day in Paris, in the offices of the Kurdistan Information Center near the Gare du Nord, three Kurdish women militants were assassinated. Sakine Cansiz, Fidan Dogan (also called Rojbîn) and Leyla Saylemez were murdered execution style, shot with bullets to the head.

Sakine Cansiz was a co-founder of the PKK in 1978 and the initiator of its now legendary women’s movement. Arrested in 1979 and consigned to the dungeons of Diyarbakir prison in Turkey after the 1980 military coup, she embodied unremitting resistance to the Turkish state even under horrific conditions of physical and psychological torture. She refused to admit to any pain and heroically defied the commander who oversaw the torture. She wrote the story of her imprisonment, Sara: Prison Memoir of a Kurdish Revolutionary, which is now available in English. Released from prison in 1991, she went on to struggle against the Turkish state and inspire a new generation of Kurdish women militants, like Fidan and Leyla. Their subsequent murders were met with shock and outrage by Kurds throughout the Middle East and the diaspora. Sakine’s remains were returned to Turkish Kurdistan, where her funeral was gigantic both in scale and in outpouring of grief. 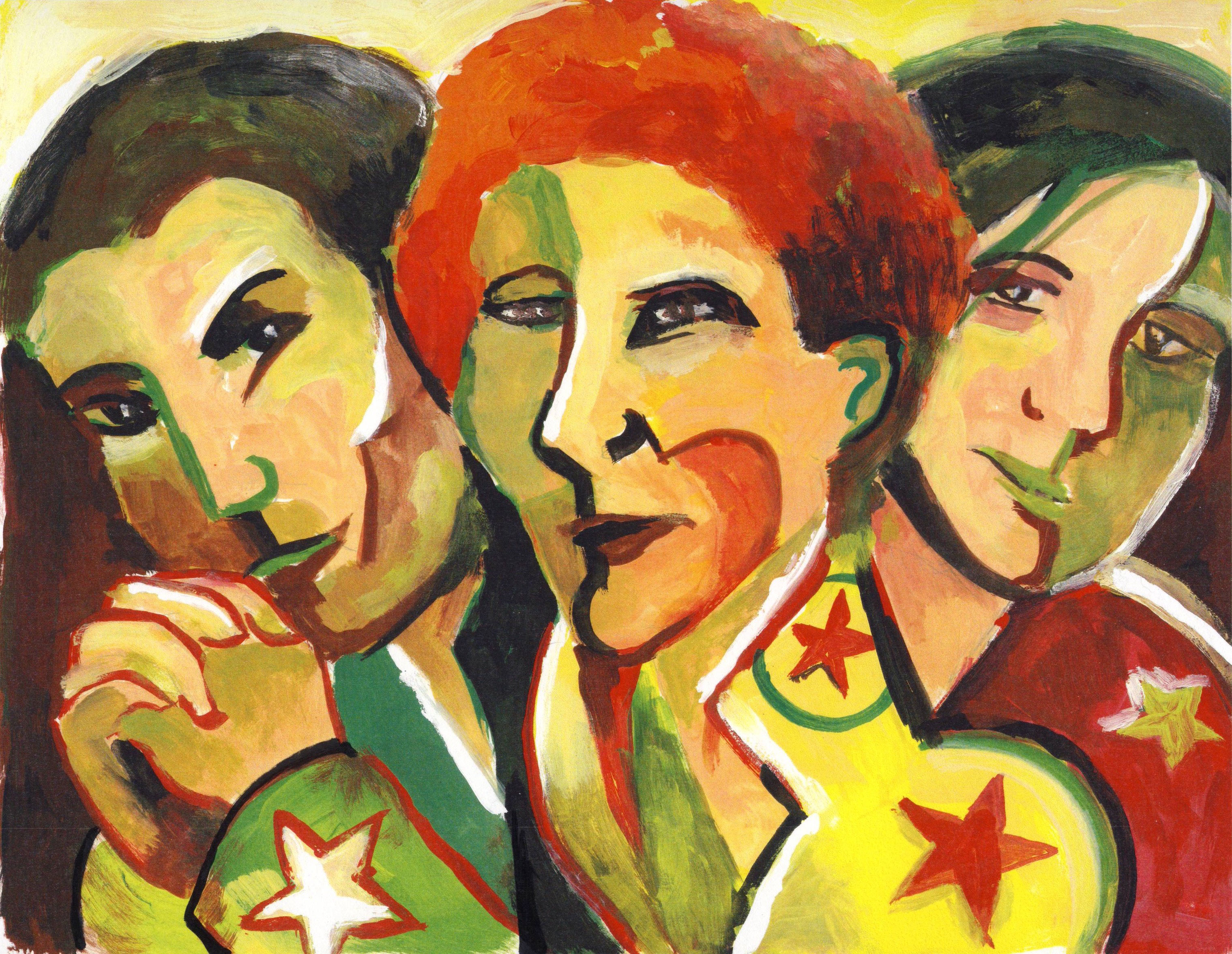 After the triple murder, French authorities promised to investigate. Video evidence showed that a 34 year old Turkish maintenance worker, Omer Güney, had been on the premises at the time of the murders. There was no sign of violent entry – for months he had passed himself off to his victims as friendly to the cause of Kurdish freedom. However, the DNA of one of the victims was found on his coat. Güney was arrested.

subsequent investigation turned up evidence that Güney had acted on behalf of the Turkish intelligence agency (MIT). He had hundreds of photos of Kurdish activists saved on his phone as well as photos of membership files of individuals in a Kurdish association – proving that he was an active spy. He had secretly visited Turkey, and an audio recording of a meeting between him and suspected MIT agents was discovered and posted online. In January 2014, MIT officially denied any role in the triple murder, but overwhelming evidence pointed to its responsibility for this obvious political crime.

Despite its urgent responsibility to try a political crime committed on French soil, the French judicial system repeatedly postponed Güney’s trial. Meanwhile he had serious health problems, which worsened. His trial was finally scheduled to begin on January 23, 2017, but five weeks earlier, on December 17, 2016, he died of a brain tumor. French authorities closed the case against him.

The French government appeared to be eager to preserve good relations with Turkey.

Even though Omer Güney had died, however, the other perpetrators – in the MIT – were still alive and free and held positions of power in Turkey.

On March 15th and 16th 2018, a session of the Permanent People’s Tribunal (TPP) held in Paris recognised the Turkish state’s responsibility for the triple murder. This international court, a moral platform attached to no state, based its judgment on revelations by two MIT agents who had been captured in northern Iraq by the PKK: the agents had revealed that the murders had been planned by senior MIT officials.

Acting on this revelation, the families of the murdered activists filed a complaint to the French judiciary, asking it to investigate MIT’s involvement. In May 2019, an judge reopened the case. ‘It is historic. This marks the end of impunity for political assassinations in France ordered from abroad’, Antoine Comte, a lawyer for one of the families, told AFP. Comte continued: ‘Prosecutors admit that the case did not finish with the death of the suspect and the judge will look at all the elements, including the involvement of a foreign state’.

To this day, January 9th 2020, women around the world commemorate the lives of Sakine, Fidan, and Leyla – and urge the French justice system to have the courage to identify and condemn all the perpetrators of these overtly political assassinations. 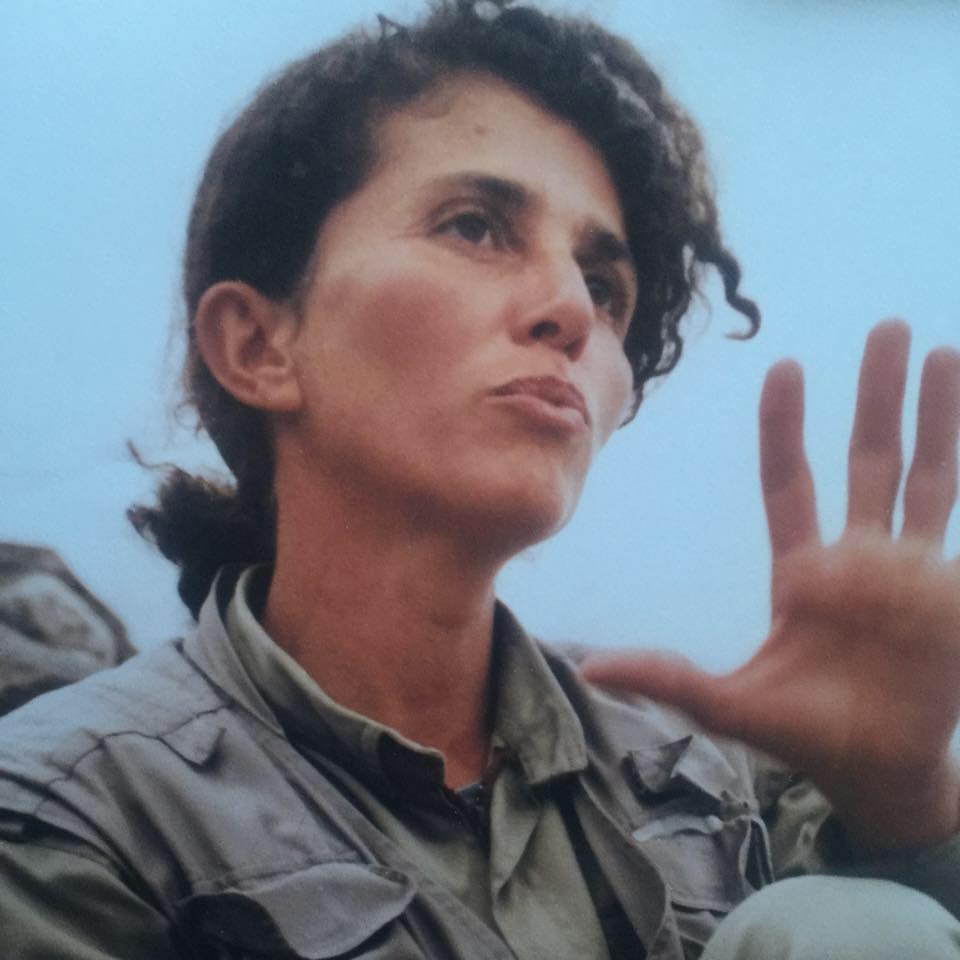 In the seven years since the triple murder, the Turkish state has continued to attack women who raise awareness, resist oppression, and organise on behalf a freedom, democracy and gender equality. Most notably on January 4th 2016, as if to repeat the Parisian massacre, Turkish troops executed three women  – Sêvê Demir, Pakize Nayır and Fatma Uyar – by means of heavy weapons in the middle of a street in Silopi. All three women were Kurdish activists and politicians.

This massacre did not receive the attention it deserved, and once again the perpetrators, in this case Turkish troops, were not held to account.

And on October 9, 2019, exactly three months before this writing, Turkey invaded North-East Syria (aka Rojava), with the clear intention of targeting the revolution for freedom and democracy that has been taking place there since 2012. That revolution was committed to empowering women. In the first days of the invasion, Turkish-backed jihadists murdered Hevrin Xelef, general secretary of the Syrian Future Party. Xelef had been an advocate of interethnic communal peace in Rojava and elsewhere. Her killers released videos of themselves exulting in their savage atrocity, expressing their own implacable hostility, as well as that of their Turkish sponsors, to the Kurdish-led revolution’s historic gains for women.

In the wake of the triple murder in Paris, the Middle East Women’s Conference Amed (Diyarbakir) and the World March of Women European Chapter have declared January 9 to be the International Day of Action Against the Murder of Political Women, dedicating it to all women who have lost their lives in political struggle. We hold these women in our hearts on this day and rededicate ourselves to their struggle.

Kurdish women’s organisations and their global friends and allies continue to demand accountability for the murders of Sakine, Fidan, and Leyla. We resolve that we will not rest until the Turkish perpetrators are brought to justice.

‘With the spirit and resistance of Sakine and Hevrîn’, declares the Kurdish Women’s Movement in Europe (TJK-E), ‘we will build a free and democratic society. We will stand up and spread our resistance everywhere. We are determined to prove ourselves worthy of the women who gave their lives for the freedom of our peoples and women’. Woman, life, freedom! Jin Jiyan Azadi!

Janet Biehl is a writer, editor and translator. She was Murray Bookchin’s collaborator for the last two decades of his professional life. Her most recent work is Ecology or Catastrophe: The Life of Murray Bookchin (2015, Oxford University Press) and she has translated many books, including Revolution in Rojava (Pluto, 2016).