Hosted by the Philosopher

Whether physical or metaphorical, institutional or interpersonal, violence is everywhere. A seemingly immutable fact of life, it is nonetheless rarely engaged with at the conceptual level. What does violence actually mean? And is it an inevitable part of the human condition? In this conversation with Andrés Saenz de Sicilia, political philosopher Brad Evans will consider the fact that while violence may appear timeless, it also needs to be accounted for in terms of its contemporary logics, its effects, and its intellectual justifications. In a time when all forms of prejudice have seemingly been liberated, where new forms of fascism are on the rise, where everyday forms of humiliation are paraded as entertainment, and where the persecution of others can be enacted on a whim for those continually seduced by the entrapments of power, how are we to cling to the idea that the world can be better than the one we currently live in?

Brad Evans is a political philosopher, critical theorist, and writer, who specializes on the problem of violence. He is author of over 20 books and edited volumes, including most recently Ecce Humanitas: Beholding the Pain of Humanity (2021); Violence: An Anthology (with Adrian Parr, 2021), The Quarantine Files: Thinkers in Self-Isolation (2020) and The Atrocity Exhibition (2019). Having led a dedicated series of discussions on violence with the New York Times, he currently leads the Los Angeles Review of Books “Histories of Violence” section. He is currently the Chair of Political Violence and Aesthetics at the University of Bath, United Kingdom. brad-evans.co.uk

Andrés Saenz de Sicilia is a Postdoctoral Research Fellow at the National Autonomous University of Mexico (UNAM) and Associate Lecturer in Theory and Philosophy at Central Saint Martins, University of the Arts London. His research interests include post-Kantian philosophy, critical theory, international relations and political aesthetics, with a particular focus on questions surrounding violence, domination and social transformation.

END_OF_DOCUMENT_TOKEN_TO_BE_REPLACED 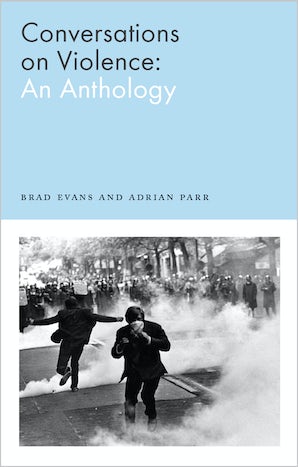 Leading thinkers discuss the experience and repercussions of violence, exploring its varied manifestations in the world today