Friendly guided discussion about A People’s Green New Deal. Author Max Ajl will join us for the final half hour to chat with participants.

Click here to get a copy of your book in advance!

About the book
The idea of a Green New Deal was launched into popular consciousness by US Congressperson Alexandria Ocasio-Cortez in 2018. It has become a watchword in the current era of global climate crisis. But what – and for whom – is the Green New Deal?

In this concise and urgent book, Max Ajl provides an overview of the various mainstream Green New Deals. Critically engaging with their proponents, ideological underpinnings and limitations, he goes on to sketch out a radical alternative: a ‘People’s Green New Deal’ committed to decommodification, working-class power, anti-imperialism and agro-ecology.

Ajl diagnoses the roots of the current socio-ecological crisis as emerging from a world-system dominated by the logics of capitalism and imperialism. Resolving this crisis, he argues, requires nothing less than an infrastructural and agricultural transformation in the Global North, and the industrial convergence between North and South. As the climate crisis deepens and the literature on the subject grows, A People’s Green New Deal contributes a distinctive perspective to the debate.

About the author
Max Ajl is an associated researcher with the Tunisian Observatory for Food Sovereignty and the Environment and a postdoctoral fellow with the Rural Sociology Group at Wageningen University. He has written for Monthly Review, Jacobin and Viewpoint. He has contributed to a number of journals, including the Journal of Peasant Studies, Review of African Political Economy and Globalizations, and is an associate editor at Agrarian South & Journal of Labor and Society.

END_OF_DOCUMENT_TOKEN_TO_BE_REPLACED 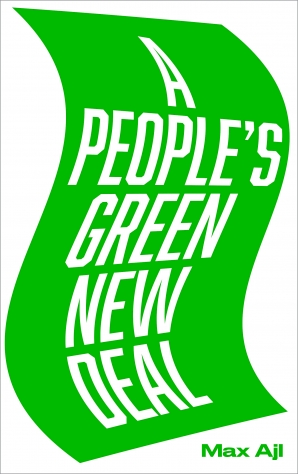