A Theory of Isis

How should ISIS be theorized? Where was the violence of the Islamic State born, what meaning did it carry, and where did it head? Ultimately, what impact has the transnational armed group had on contemporary international history and how should social sciences account for it? Arguing that dominant accounts of the radical Islamist group have been characteristically under-theorized and overly descriptive, Mohammad-Mahmoud Ould Mohamedou articulates in his new book A Theory of ISIS: Political Violence and the Transformation of the Global Order (Pluto Press, 2017), an original perspective on the genesis, nature, and trajectory of the Islamic State historicizing it in relation to colonialism, modernity, and globalization.

Commentator:
Dr Shiraz Maher
Deputy Director of the International Centre for the Study of Radicalisation (ICSR) and a member of the War Studies Department at King’s College London.

About the Author:
Mohammad-Mahmoud Ould Mohamedou
Mohammad-Mahmoud Ould Mohamedou is Professor of International History and Chair of the International History Department at the Graduate Institute of International and Development Studies in Geneva. Previously the Associate Director of the Programme on Humanitarian Policy and Conflict Research at Harvard University, he also teaches at the Doctoral School at Sciences Po Paris. He is the author of Iraq and the Second Gulf War – State-building and Regime Security (2002), Contre-Croisade – Le 11 Septembre et le Retournement du Monde (2004), Understanding Al Qaeda: Changing War and Global Politics (2011), and co-editor of Democratization in the 21st Century (2016).

END_OF_DOCUMENT_TOKEN_TO_BE_REPLACED 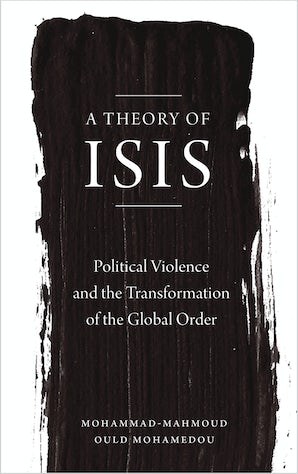 A bold new theory of ISIS, revealing its profound impact on the very nature of contemporary political violence
END_OF_DOCUMENT_TOKEN_TO_BE_REPLACED
All events
X