Apocalypse Communism: A conversation with A.M. Gittlitz and Owen Hatherley

A virtual book talk to discuss ‘I Want to Believe: Posadism, UFOs and Apocalypse Communism'

Aliens, nuclear war and talking dolphins: welcome to the weird and wonderful world of the Posadists. Join us to discuss A.M. Gittlitz’s new book I Want to Believe: Posadism, UFOs and Apocalypse Communism as we continue the ambitious ‘Radical May’ programme of round tables, talks and debates around the ideas that will transform the world to come.

Perhaps the left’s most extreme example of catastrophism, Posadas asked his followers to charge into apocalypse with a certainty that utopia was on the other side. Drawing on archival research, and numerous interviews with ex- and current Posadists, I Want to Believe tells the fascinating story of this most unusual socialist movement and interrogates the enduring legacy of J. Posadas.

Owen Hatherley is culture editor at Tribune magazine. He is the author of numerous books on architecture and culture, including The Adventures of Owen Hatherley in the Post-Soviet Space (Repeater, 2018) and The Chaplin Machine (Pluto Press, 2016).

Click the link below to register for the event!

END_OF_DOCUMENT_TOKEN_TO_BE_REPLACED 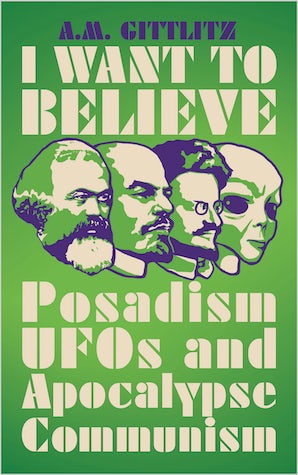