Event at the Autonomous Centre in Edinburgh

Copies of Activists and the Surveillance State: Learning from Repression will be available for purchase at the event.

Eveline Lubbers is an activist investigator and involved with the Undercover Research Group. She is the author of Secret Manoeuvres in the Dark: Corporate and police spying on activists (Pluto, 2012) and Battling Big Business: Countering greenwash, front groups and other forms of corporate deception (Green Books, 2012).

END_OF_DOCUMENT_TOKEN_TO_BE_REPLACED 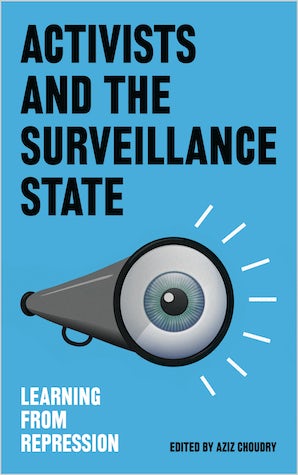 Activists and the Surveillance State

Analysis of the surveillance state from the perspective of those who have been subjected to its repression.
END_OF_DOCUMENT_TOKEN_TO_BE_REPLACED
All events
X