“Finally, Bill V. Mullen presents the James Baldwin we’ve been waiting for: the revolutionary, fierce internationalist, queer theorist, anti-imperialist, anti-Zionist, incisive dialectician, and perhaps the most dangerous thinker of the 20th century. If you want to know the real Baldwin, the uncompromising critic and visionary realist possessed of Fanonian optimism, Gramscian pessimism, and Lordean love, this is the book to read, the book we desperately need.”–Robin D. G. Kelley, author of Thelonious Monk: The Life and Times of an American Original

Bill Mullen discusses James Baldwin: Living In Fire. He will be joined in conversation by Anton Ford. A Q&A and signing will follow the discussion.

RSVP HERE (Please note that your RSVP is requested but not required.)

About the book: In the first biography of James Baldwin in over a decade, Bill Mullen celebrates the personal and political life of the great American writer who refused to shy away from the fire. As a lifelong radical, anti-imperialist, black queer advocate, feminist and pro-Palestinian, the life and writing of James Baldwin (1924-1987) has been an inspiration to generations and his words continue to resonate through our culture at large. Mullen explores how Baldwin’s life and work channel the long history of the African-American. Fighting towards what he hoped would be a post-racial society, Baldwin’s philosophy was tragically ahead of its time. As racist and reactionary forces rise across the world, this is an essential guide to the life and legacy of one of America’s most important radical voices.

About the author: Bill V. Mullen is Professor of American Studies at Purdue University. He is co-editor with Ashley Dawson of Against Apartheid: The Case for Boycotting Israeli Universities (Haymarket, 2015). He is the author of W.E.B. Du Bois: Revolutionary Across the Color Line (Pluto Press, 2016).

About the interlocutor: Anton Ford joined the University of Chicago faculty in 2007 and is an Associate Professor in Philosophy. His primary research and teaching interests are in Practical Philosophy, understood broadly to include Action Theory, Ethics, and Political Philosophy. Figures of special interest include Anscombe, Aristotle and Marx. He is currently Director of Undergraduate Studies.

END_OF_DOCUMENT_TOKEN_TO_BE_REPLACED 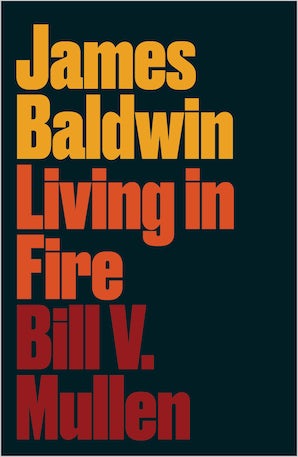