Shot from a helicopter, Petropolis: Aerial Perspectives on the Alberta Tar Sands offers an unparalleled view of the world’s largest industrial, capital and energy project. Canada’s tar sands are an oil reserve the size of England. Extracting the crude oil called bitumen from underneath unspoiled wilderness requires a massive industrialised effort with far-reaching impacts on the land, air, water, and climate. It’s an extraordinary spectacle, whose scope can only be understood from far above. In a hypnotic flight of image and sound, one machine’s perspective upon the choreography of others suggests a dehumanised world where petroleum’s power is supreme.

As the need to move away from fossil fuel use becomes ever more urgent, two crucial works remind us of the terrible cost attached to our pursuit of ‘black gold’. Peter Mettler‘s startling aerial survey of the Alberta’s catastrophic tar sands extraction reveals the scale of the challenge, while long-time carbon cycle activist and writer James Marriott‘s new co-authored book brings the analysis back home. He will be in conversation with Suzanne Dhaliwal, Climate Justice Creative, Campaigner and Co-Founder of the UK Tar Sands Network, following our week’s screening of Petropolis.

This event is part of our season Ways of Knowing: Water / Fluidity.

END_OF_DOCUMENT_TOKEN_TO_BE_REPLACED 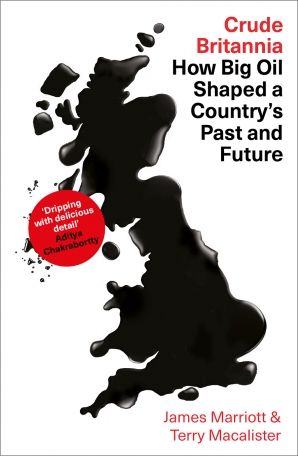 Britain is a land shaped by oil. How does that impact its past, present and future?