Bread and Roses: Gender and Class Under Capitalism

Housmans is proud to welcome Andrea D’Atri to discuss her new publication with Pluto Press, Bread and Roses: Gender and Class Under Capitalism. Join us for a passionate journey through the history of feminism.

Using the concrete struggles of women, Andrea traces the history of the women’s and workers’ movement from the French Revolution to queer theory. She analyses the divergent paths feminists have woven for their liberation from oppression and uncovers where they have hit dead ends.

This is an online event in Spanish, interpreting into English provided.

Andrea D’Atri is founder of the Women’s organisation, ‘Pan Y Rosas’ (Bread and Roses) in Argentina. She is an activist, author, psychologist and specialist in women’s studies. Pan y Rosas is now one of the largest socialist women’s organizations in the world, with thousands of activists in various Latin American and European countries. D’Atri is also a leading figure in the Ni Una Menos movement against macho violence and supporting the right to abortion.

END_OF_DOCUMENT_TOKEN_TO_BE_REPLACED 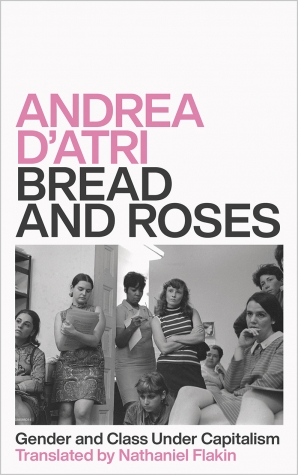