Movements and Parties Since the 1960s

Giorgos Charalambous answers these questions by looking at three moments of rapid political change – the late 1960s to late 1970s; the turn of the millennium; and post-2008. He challenges the conventional understanding of a ‘new left’, drawing out continuities with earlier movements and parties. Charalambous examines the ‘Long ’68’, symbolized by the May uprisings in France, which saw the rise of new left forces and the widespread criticism by younger radical activists of traditional communist and socialist parties. He puts this side by side with the turn of the millennium when the Global Justice Movement rose to prominence and changed the face of the international left, and also the period after the financial crash of 2008 and the rise of anti-austerity politics which initiated the most recent wave of new left parties such as Podemos in Spain and Syriza in Greece.

With a unique ‘two-level’ perspective, Charalambous approaches the left through both social movements and party politics, looking at identities, rhetoric and organization, and bringing a fresh new approach to radical history, as well as assessing challenges for both activists and scholars.

Giorgos Charalambous is Assistant Professor of Political Science at the Department of Politics and Governance, University of Nicosia. He is also the co-convenor of the Left Radicalism Specialist Group at the Political Studies Association. Charalambous is the author of European Integration and the Communist Dilemma (Ashgate, 2013), and has co-edited Party-Society Relations in Cyprus (Routledge, 2016) and Left Radicalism and Populism in Europe (Routledge, 2019).

END_OF_DOCUMENT_TOKEN_TO_BE_REPLACED 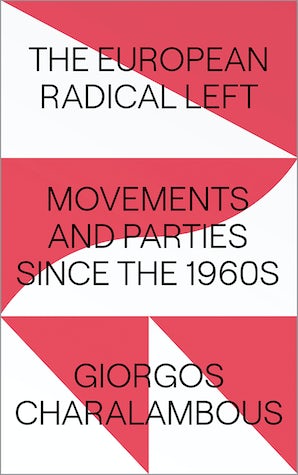 Movements and Parties since the 1960s