Join the Centre for Turkey Studies and Pluto Press in a special launch event with Halil Karaveli to mark the release of his new book Why Turkey is Authoritarian: From Atatürk to Erdoğan

The event will kindly be chaired by Gamon McLellan, Teaching Fellow at SOAS, University of London.

For the last century, the Western world has regarded Turkey as a pivotal case of the ‘clash of civilisations’ between Islam and the West. Why Turkey is Authoritarian offers a radical challenge to this conventional narrative. Halil Karaveli highlights the danger in viewing events in Turkey as a war between a ‘westernising’ state and the popular masses defending their culture and religion, arguing instead for a class analysis that is largely ignored in the Turkish context.

This book goes beyond cultural categories that overshadow more complex realities when thinking about the ‘Muslim world’, while highlighting the ways in which these cultural prejudices have informed ideological positions. Karaveli argues that Turkey’s culture and identity have disabled the Left, which has largely been unable to transcend these divisions.

Published in partnership with the Left Book Club. Copies of Why Turkey is Authoritarian will be available to purchase on the night priced £10 (RRP: £12.99) and cash, card and contactless payments are accepted.

END_OF_DOCUMENT_TOKEN_TO_BE_REPLACED 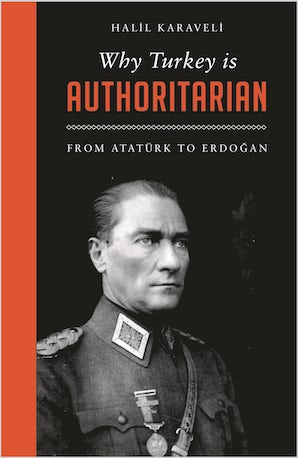 A radical history of Turkey, from the end of the Ottoman Empire to the present day, rejecting traditional narratives of a 'clash of civilisations'
END_OF_DOCUMENT_TOKEN_TO_BE_REPLACED
All events
X