In this talk, I want to think about property, whiteness, and discourses of “white threat”. This will start by unpacking the universally racist sentiment: “why can’t you just be grateful”, often coupled with the analogous epithet “if it’s so bad here you should go home”. These claims are implicit in the more widely accepted idea that the needs of working people legitimate greater controls over labour flows and the so-called “ethnic stability” of communities. How did Britain’s imperial wealth and resources become “home”? How did “home” become a domain requiring protection? Who is Britain home for? And how does this relate to ideas of Britain, the working class, or whiteness itself under threat?

Thinking through these questions I’ll discuss how across empire, British property was produced through violence, genocide, and theft that relied on protection against those stolen from. As formal empire was transformed into commonwealth and neo-imperial domination, Britain continued to draw on imperial logics and tactics against people drawn from prior colonies. I’ll discuss how these worked through housing policies, working conditions, anti-black and state violence, policing, and wealth. Making Britain “white” has relied on continuing colonial logics of possession and the protection of property rights – maintaining the nation and its wealth as a white possession even in the presence of its racialised other.

Guest space events are for MEMBERS ONLY. To book your place please use the booking form here, you will need the events password:

To find out more about Dr Trafford’s work, please check out his new book: The Empire at Home: Internal Colonies and the End of Britain

END_OF_DOCUMENT_TOKEN_TO_BE_REPLACED 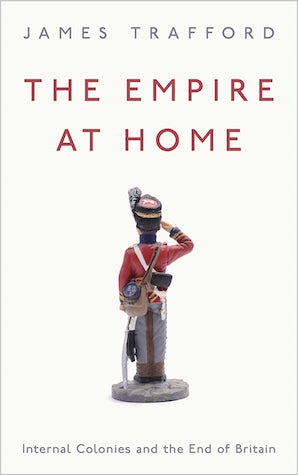 The Empire at Home

Internal Colonies and the End of Britain

How is Britain enacting colonialism at home?