London launch with Janet Biehl to mark the release of 'Sara: My Whole Life Was a Struggle'

**Please note the change of venue**

Join Pluto Press and Peace in Kurdistan Campaign for a special event at the Kurdish Community Centre in London, marking the release of Sara: My Whole Life Was a Struggle by Sakine Cansız, the iconic memoir by one of the first female fighters of the PKK, with the book’s translator Janet Biehl.

The bitter struggle of the Kurdistan Workers’ Party, or PKK, against the Turkish state has delivered inspirational but often tragic stories. This memoir by Kurdish revolutionary Sakine Cansiz is one of them. Sakine, whose code name was ‘Sara’, co-founded the PKK in 1974 and dedicated her life to its cause. On the 9 January 2013 she was assassinated in Paris in circumstances that remain officially unresolved.

Today, Sara is an inspiration to women fighting for liberation across the world. This is her story in her own words, and is in turns shocking, violent and path-breaking.

Sakine Cansız was a Kurdish revolutionary, who was a leading member of the PKK, present at its first congress of 1978. She was imprisoned between 1980 and 1991 for her membership of the PKK. A close associate of Abdullah Ocalan and a senior member of the PKK, she was murdered in Paris in 2013.

Janel Biehl is a writer, editor and translator. She was Murray Bookchin’s copyeditor for the last two decades of his professional life. Her most recent work is Ecology or Catastrophe: The Life of Murray Bookchin (2015, Oxford University Press) and she recently translated Revolution in Rojava (Pluto, 2016) and Sara (Pluto, 2018).

Please join the Pluto Press mailing list to hear about our events, new books, podcasts and videos. You’ll also receive exclusive offers on books and merchandise throughout the year. Just clickhere to join.

END_OF_DOCUMENT_TOKEN_TO_BE_REPLACED 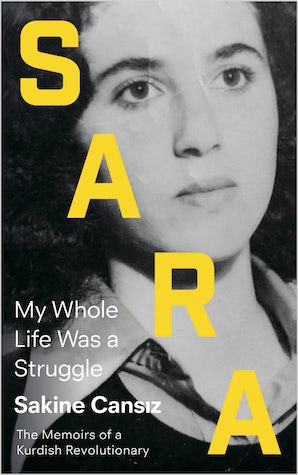