Bristol Transformed and Pluto Books present an evening in conversation with Katherine Connelly.

FREE ENTRY BUT DONATIONS ON THE DOOR APPRECIATED.
Please book your space on headfirst, link above.

Historian and biographer of Sylvia Pankhurst, Katherine Connelly will be discussing her edition of Sylvia Pankhurst’s previously unpublished writings on North America: A Suffragette in America: Reflections on Prisoners, Pickets and Political Change.

Published for the first time, this is Sylvia Pankhurst’s text based on her experiences during two lecture tours of North America in 1911 and 1912.

As an English militant suffragette who had twice been imprisoned, she sought to win transatlantic support for the campaign and was expected to appeal to progressive elites. Pankhurst identified instead with the marginalised in American society, and it was their stories she wanted to hear and record.

The resulting manuscript was a powerful indictment of American capitalism, describing the huge fortunes of an elite few amassed by terrible levels of exploitation and oppression. Repulsed by the stark inequalities, Pankhurst was nevertheless profoundly inspired by the struggles for change. In writing that is vivid and experimental, Pankhurst recalls the courageous strike of laundry workers in New York, the appalling conditions in the prison cells of Chicago, and the horrific racism she witnessed in Tennessee.

This exciting work testifies to Pankhurst’s efforts to link the women’s movement to wider struggles for democracy and emancipation. On her return to Britain, these efforts would change the course of suffrage history.

END_OF_DOCUMENT_TOKEN_TO_BE_REPLACED 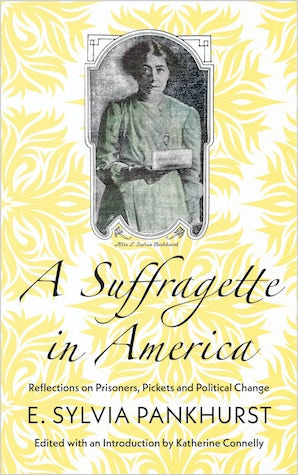