Financialization has profoundly reshaped not only the global capitalist economy but also social, cultural and political spheres nearly everywhere. Arguably, the tightening grip of financial power and its logics of austerity and extraction has created the conditions for the rise of new reactionary movements of ethnonationalism and authoritarianism. But at the same time we are witnessing the proliferations of profound movements driven by a radical imagination of a world beyond precariousness, war, racism and capitalism. In an age when the imagination and creativity appear increasingly conscripted to the production of speculative capital, what are their prospects in today’s social struggles? And what should, or can, radical artists contribute? This dialogue, on the occasion of the publication of Dr. Max Haiven’s new book Art After Money, Money After Art: Creative Strategies Against Financialization, will address these and other themes.

Max Haiven is Canada Research Chair in Culture, Media and Social Justice at Lakehead University in Northwest Ontario and co-director of the ReImagining Value Action Lab (RiVAL). His books include Crises of Imagination, Crises of Power: Capitalism, Creativity and the Commons (2014),Cultures of Financialization: Fictitious Capital in Popular Culture and Everyday Life (2014) and, most recently, Art after Money, Money after Art: Creative Strategies Against Financialization (2018).

Jerome Roos is a Fellow in International Political Economy at the London School of Economics, and founding editor of ROAR Magazine. His first book, Why Not Default? The Political Economy of Sovereign Debt, will be published by Princeton University Press in January.

Marina Vishmidt is a writer and editor. She teaches at Goldsmiths, University of London. Her work has appeared in South Atlantic Quarterly, Ephemera, Afterall, Journal of Cultural Economy, Australian Feminist Studies, and Radical Philosophy, among others, as well as a number of edited volumes. She is the co-author of Reproducing Autonomy (with Kerstin Stakemeier) (Mute, 2016), and her monograph Speculation as a Mode of Production will be out with Brill in October 2018. She is a member of the Marxism in Culture collective and is on the board of the New Perspectives on the Critical Theory of Society series (Bloomsbury Academic).

All are welcome and no registration is required. For details on how to find Goldsmiths, click here.

END_OF_DOCUMENT_TOKEN_TO_BE_REPLACED 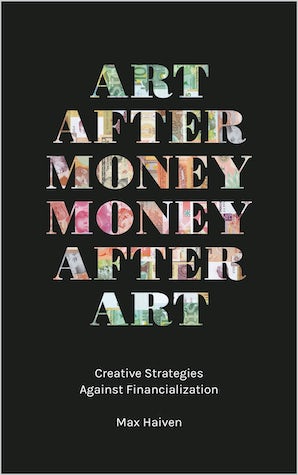 Art after Money, Money after Art

What can we learn about capitalism by looking at artworks that take money as their subject?
END_OF_DOCUMENT_TOKEN_TO_BE_REPLACED
All events
X