Mitchell Abidor is a writer and translator living in Brooklyn, USA. Amongst his many works, he is the author of May Made Me (Pluto, 2018) and the translator of Jean Jaures’s A Socialist History of the French Revolution (Pluto, 2015).

END_OF_DOCUMENT_TOKEN_TO_BE_REPLACED 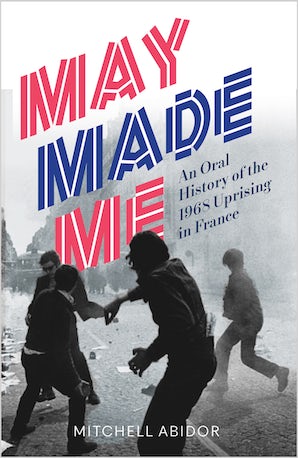 Oral testimonies from the creative, violent and ground-shaking events in France, May '68.
END_OF_DOCUMENT_TOKEN_TO_BE_REPLACED
All events
X