Following the election of Hugo Chavez to the Venezuelan presidency, and the Cochabamba water wars, Latin American politics were radicalised and their governments populated with former activists and trade union leaders.

In the last few years, Latin America’s Left have suffered many setbacks and reactionary challenges, which has led many to wonder if the ‘Pink Tide’ is on the wane. Gonzalez argues that whilst left-wing developments have been widely celebrated, less has been written to address the problems that have arisen. Through examination of the successes and failings of Argentina, Bolivia, Brazil, Chile, Ecuador and Venezuela, Gonzalez is able to identify weaknesses and strengths and suggest possible future pathways for the Left in nations across Latin America.

Providing a critical but sympathetic analysis of the records of the left governments across the continent, Gonzalez offers a refreshing reflection on the prospects and future of Latin American politics, asking whether Chavez’s vision of twenty-first century socialism may ever be realised.

This event is a precursor/primer for the terrific Latin America Forum jointly organised by sfb books & International Socialism Scotland on Jan 19th: You can book free places for that here.

Mike Gonzalez is Emeritus Professor of Latin American Studies at the University of Glasgow. He is the author of The Ebb of the Pink Tide, The Last Drop: The Politics of Waterand Hugo Chavez: Socialist for the Twenty-first Century . He is co-editor of Arms and the People).

As always we have 15 FREE places for this event, available first come first served by telephone or in person from the bookshop.

**The bookshop is wheelchair accessible, events are seated and speakers use microphones throughout their events. We have further details about accessibility HERE, or feel free to get in touch, we’re happy to help however we can!**

END_OF_DOCUMENT_TOKEN_TO_BE_REPLACED 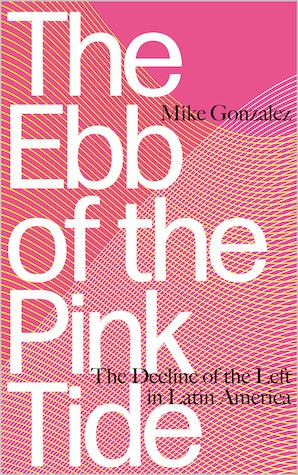 The tragic story of the radical Left in Latin America.
END_OF_DOCUMENT_TOKEN_TO_BE_REPLACED
All events
X